Celebrities share the stories behind their favourite photographs. This week it’s actor and author Simon Callow, 70. 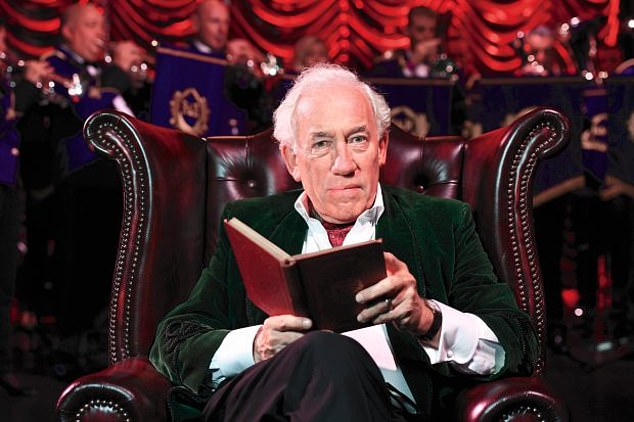 Actor and author Simon Callow, 70, reveals the stories behind a selection of his favourite photographs 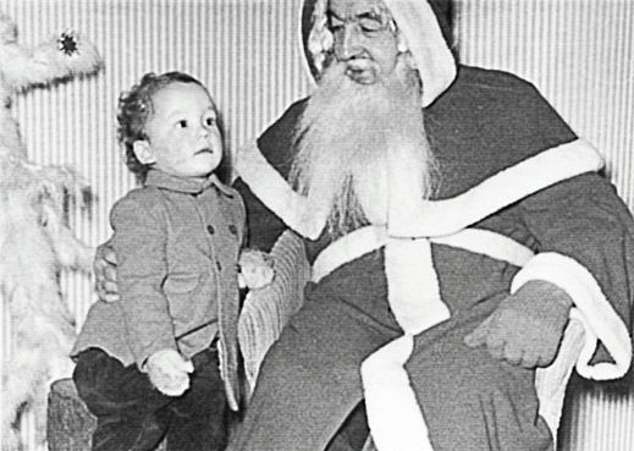 1951: Here I am aged two being introduced to Father Christmas at Selfridges – I look a bit anxious. My mother Yvonne, a secretary, and father Neil, a businessman, split up when I was small. My mother heroically ensured I got the best possible education within our slender means – my father invariably defaulted on his alimony. My energy was almost uncontrollable and my mercurial moods were tough for her. 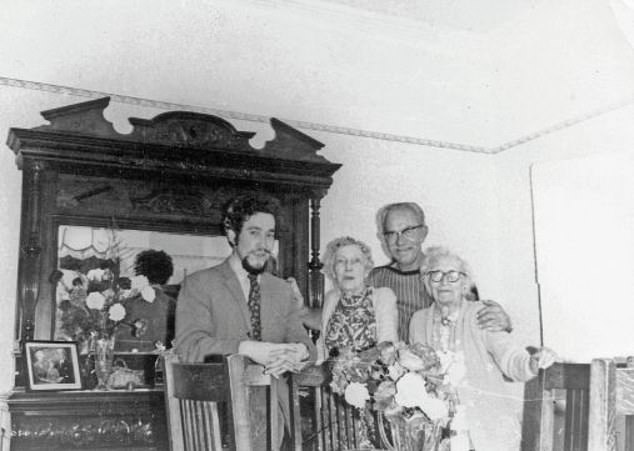 1968: This picture was taken when I was 19 and briefly at university before drama school. My odd beard looks stuck on. My father is here with his French mother Toto (far right) and her sister Titi. Toto moved to England at 18 but retained an Inspector Clouseau accent. Their mother lived here for 30 years but never spoke a word of English. They were very forceful women. 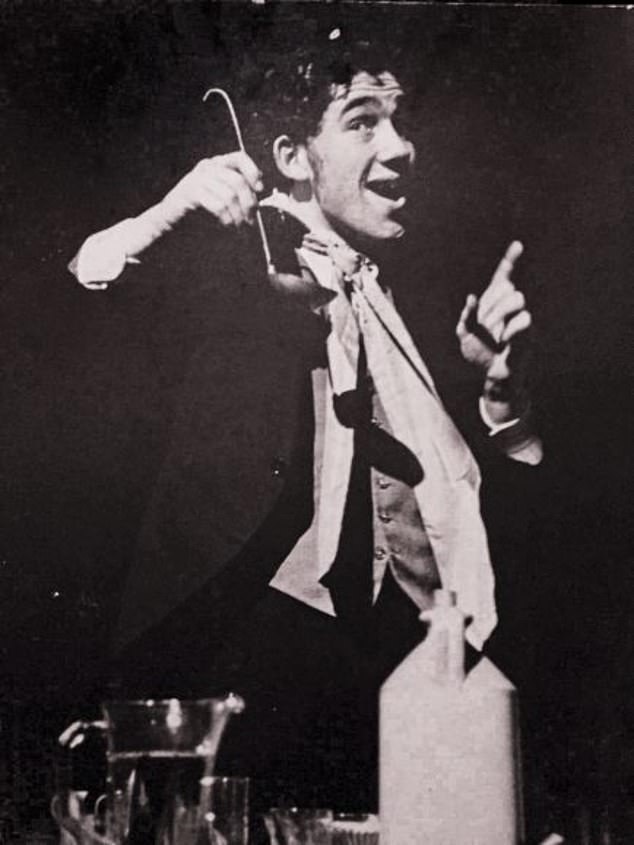 1973: I’m playing Bob Cratchit here in A Christmas Carol at Lincoln’s Theatre Royal. It’s important because, after Peter Pan, it was the first play I ever saw. As a young boy it scared the hell out of me and I was put off Dickens for a long time. Dickens has since become an obsession, on stage and in writing, but it wasn’t until four decades after this photograph was taken that I did my one-man version of A Christmas Carol, which I think is the best thing I’ve ever done. We made a film of it for the BBC of which I’m inordinately proud. 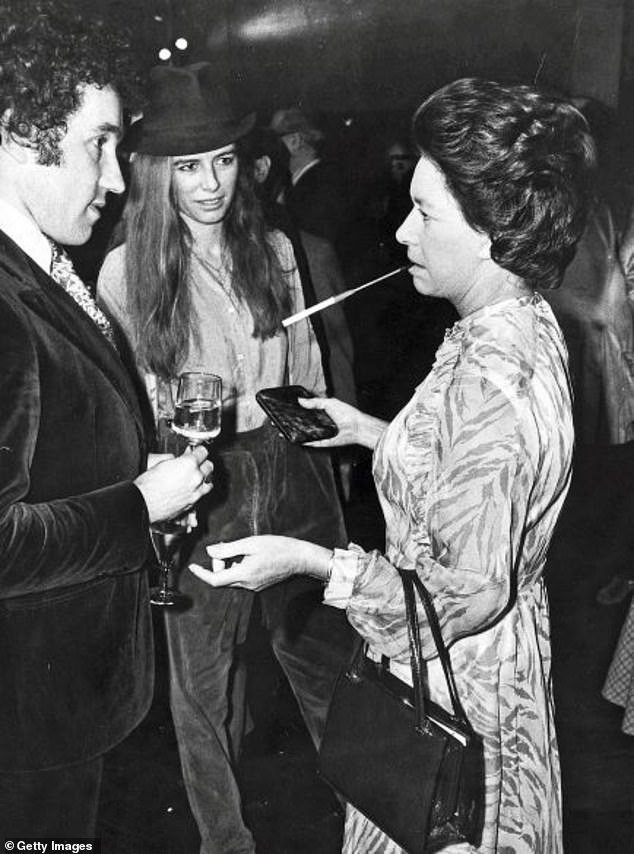 1980: I had many encounters with Princess Margaret, a very witty, sharp, bossy, sexy, outspoken woman of the kind my mother would like to have been. This was at The Evening Standard Theatre Awards where I was nominated as Best Supporting Actor. The editor said, ‘This is one of our most promising young actors, Ma’am.’ Princess Margaret replied, ‘What are you promising for?’ I told her I was in the play Amadeus and she said, ‘Oh, I’ve heard it’s terrible. I won’t be coming to see it.’ 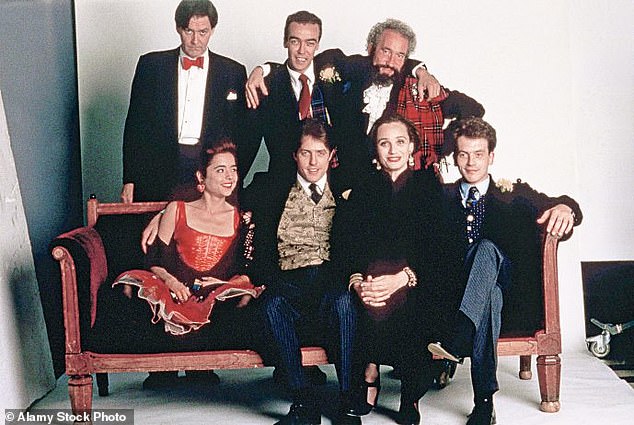 1994: Here I am in Four Weddings And A Funeral. I knew Hugh Grant, James Fleet and Charlotte Coleman a bit, but didn’t know John Hannah or Andie MacDowell, yet within seconds we were a team. We rehearsed for a week before filming started and got to know each other really well. This publicity photo was taken before we’d shot a single frame. 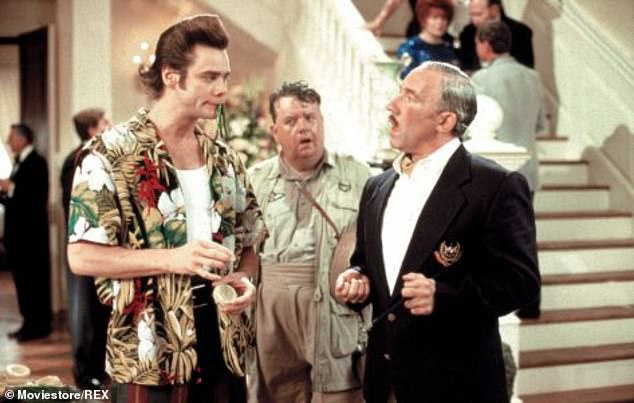 1995: Filming Ace Ventura: When Nature Calls was hell. Jim Carrey didn’t want to make it. He was off sick a lot, so I was kicking my heels in South Carolina. I had work in London, so I flew home regularly. My contract said I had to have first-class flights, but I didn’t know they were being deducted from my salary. I remember thinking, ‘Here I am on my 46th birthday acting with a man who has asparagus hanging from his lip. Something has gone seriously wrong.’ 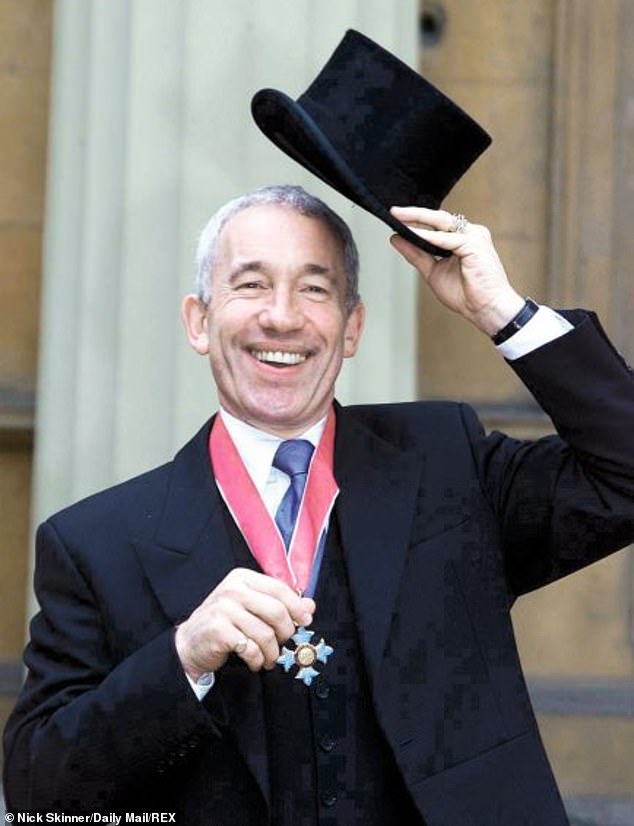 1999: When I was invited to receive my CBE from the Queen, I decided to do it in style. I ordered a posh car to take me to the Palace but it didn’t turn up, so I lumbered up in a run-down local cab just in time. The man at the door said, ‘Don’t worry, just do what the chap in front of you does.’ He added, ‘Not always a reliable method. A man arrived later than you once and I told him the same. Trouble was the chap in front was a Gurkha, and they prostrate themselves on the floor in front of the Queen then back away on their knees. This elderly JP felt obliged to do the same.’ 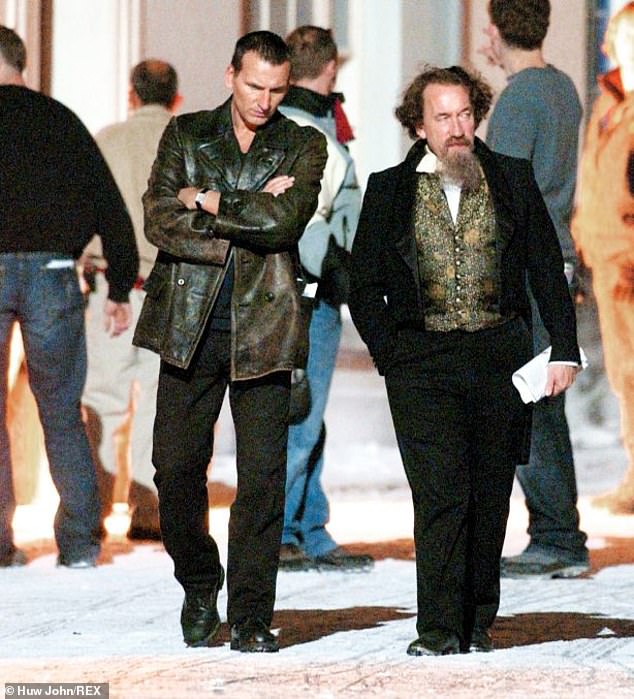 2004: This is me as Charles Dickens, with Christopher Eccleston, on the set of Doctor Who. When I was first asked to take the role I thought it was a terrible idea, I feared they would mock Dickens. Then I read the brilliant script by Mark Gatiss and realised it was a wonderful evocation of the writer, bringing him to life and showing what a visionary he was.