Americans are showing their sense of humor during a contentious election season with funny campaign lawn signs.

While Trump/Pence and Biden/Harris signs are certainly dominating front laws across the US, there are quite a few homeowners who are ignoring the candidates entirely with their own funny nominations for President and other political offices.

Among them are ‘Dogs 2020,’ ‘Giant Meteor 2020,’ ‘Any Functioning Adult,’ Joe Exotic and Carole Baskin, and ‘Brennan & Dale’ for fans of the movie Step Brothers.

Some are over politics altogether, with a Connecticut man erecting a sign that reads: ‘Presidents are temporary, Wu-Tang is forever.’

Some people are still promoting actual candidates, but have found humorous ways to do it thanks to custom signs with slogans like ‘Biden and the lady who made Brett Kavanaugh cry 2020.’ 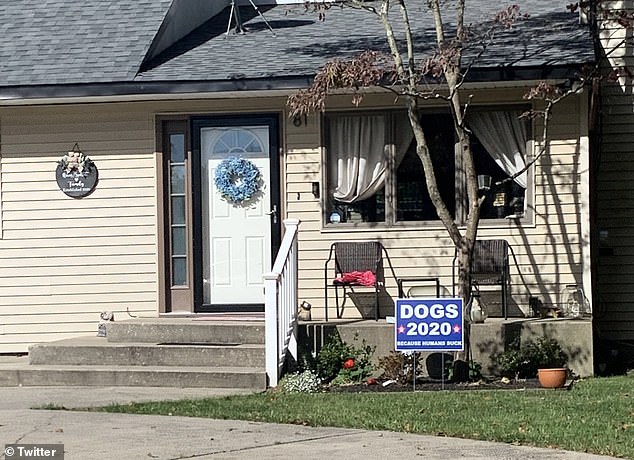 2020! Americans are showing their sense of humor during a contentious election season with funny campaign lawn signs 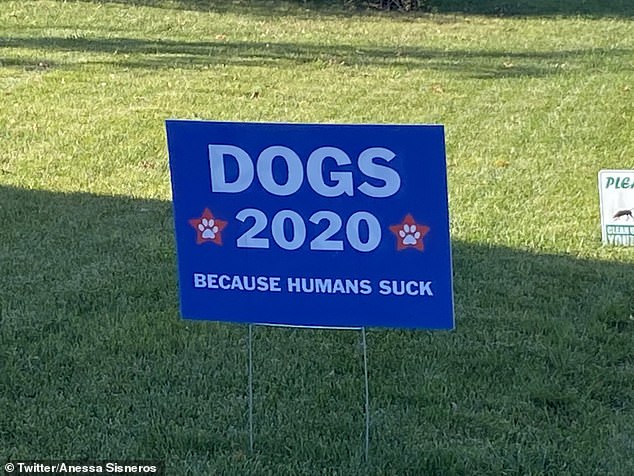 Elect them to the Woof House! Several would prefer to thing about puppies than Presidents 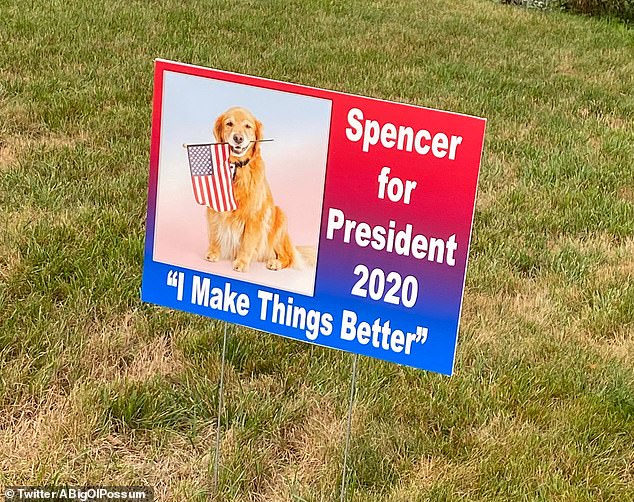 A very good boy! Some are campaigning for specific canines in their lives 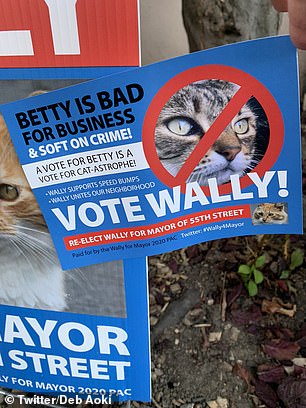 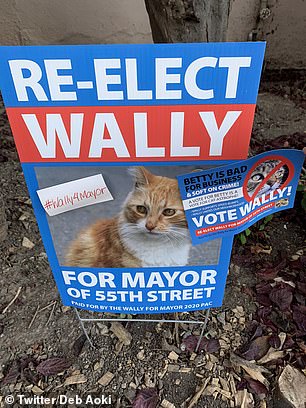 Up for re-election! Wally the cat is the incumbent mayor of 55th Street in Oakland — but he’s up against three other pets this election cycle 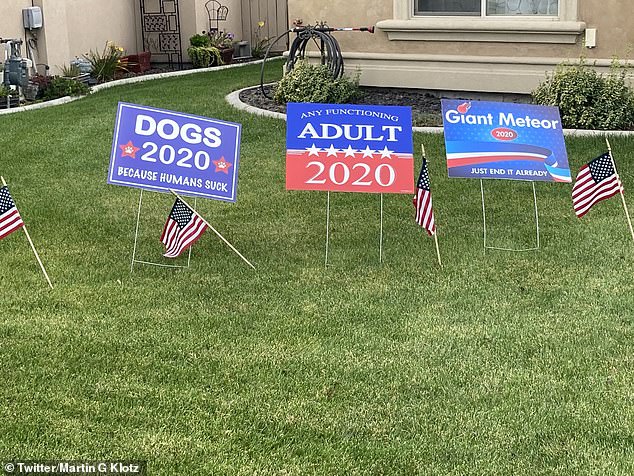 Enthusiasm! This American has a bunch of campaign sign and seems to be advocating for a giant meteor to hit the country 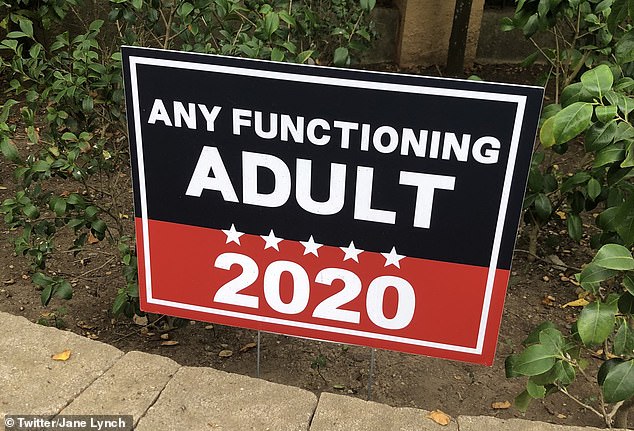 Raising the bar: This person just wants ‘any functioning adult’ to run the country 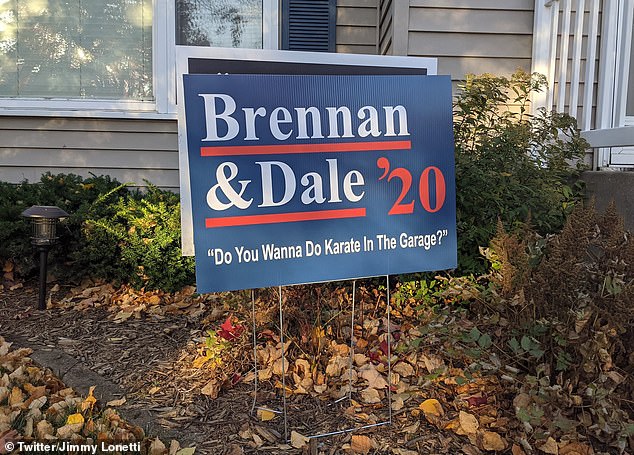 Fictional fun: Step Brothers movie fans will appreciate this sign for Brennan & Dale, whose slogan is: ‘Do you wanna do karate in the garage?’ 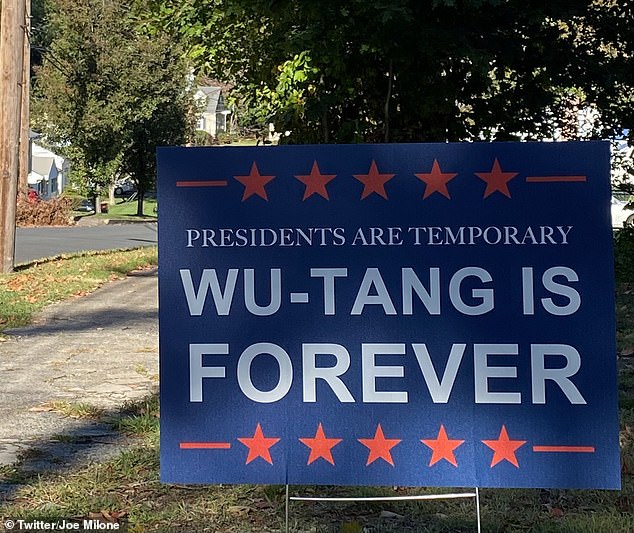 Over it: Some are over politics altogether, with a Connecticut man erecting a sign that reads: ‘Presidents are temporary, Wu-Tang is forever’ 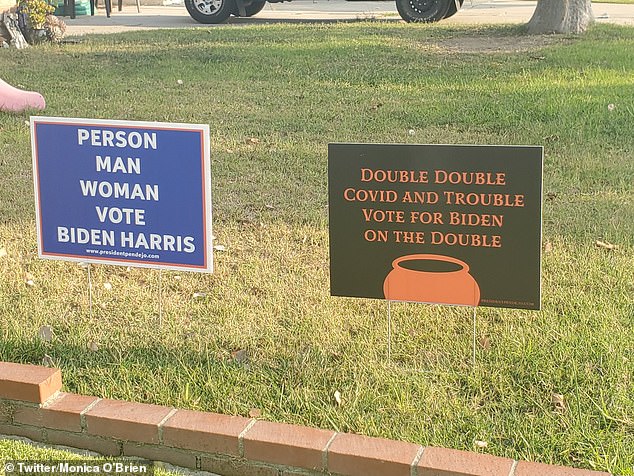 Political: Some are still supporting actual candidates but have found funny ways to do so 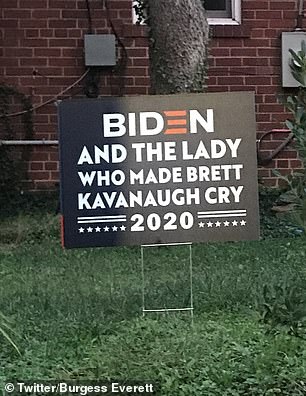 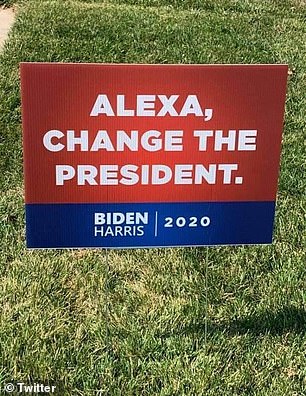 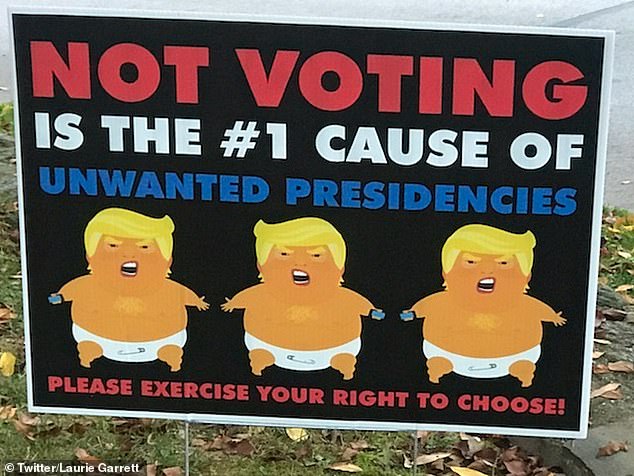 Vote! Others have erected anti-Trump signs in their front yards 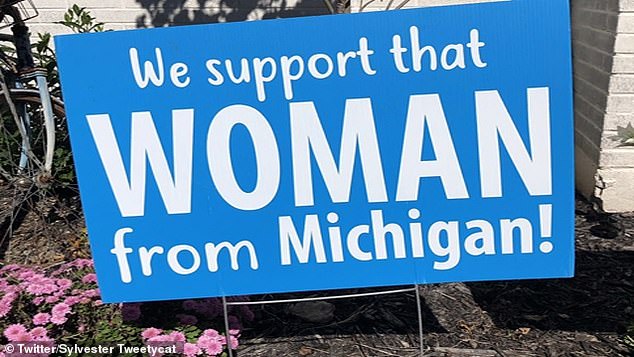 For Gov! A Michigan homeowner put up a tongue-in-cheek sign for Governor Gretchen Whitmer