If you’ve ever stepped foot on the underground, the chances are you would’ve seen something bizarre, funny or really quite astounding.

Bored Panda has collated an amusing photo gallery consisting of pictures showcasing some of the weirdest things people across the globe have seen on their travels.

Among the peculiar sightings include a pet owner who got around the rule that you can only take a dog on the Subway in New York in a bag, by making her pooch wear a large IKEA carrier.

Another snap shows a passenger who matched his top to the train seats, and a fourth woman who tied her hair up using a pen – not realising she’d given herself a new tattoo at the same time. 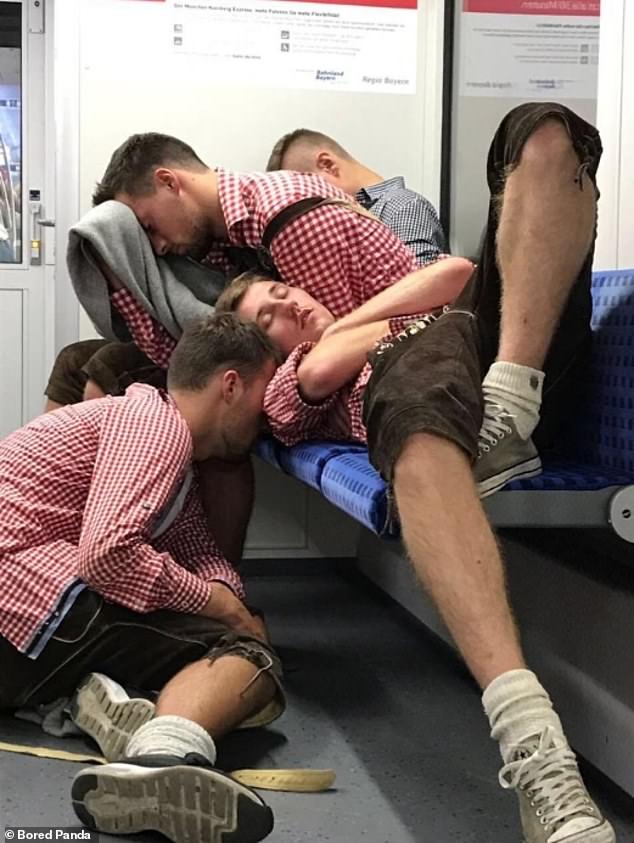 Three’s a crowd! These friends donned matching checked shirts before cuddling up to each other on the tube 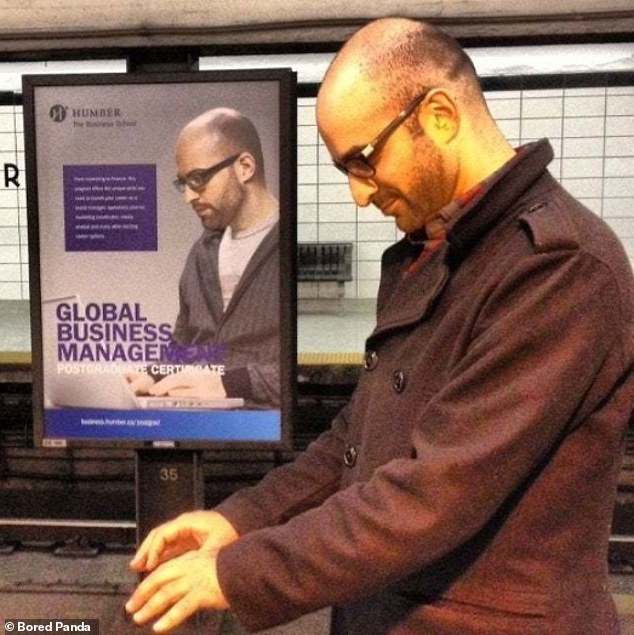 Mirror image! This guy was about to hop on the train when he spotted his doppelganger staring right back at him 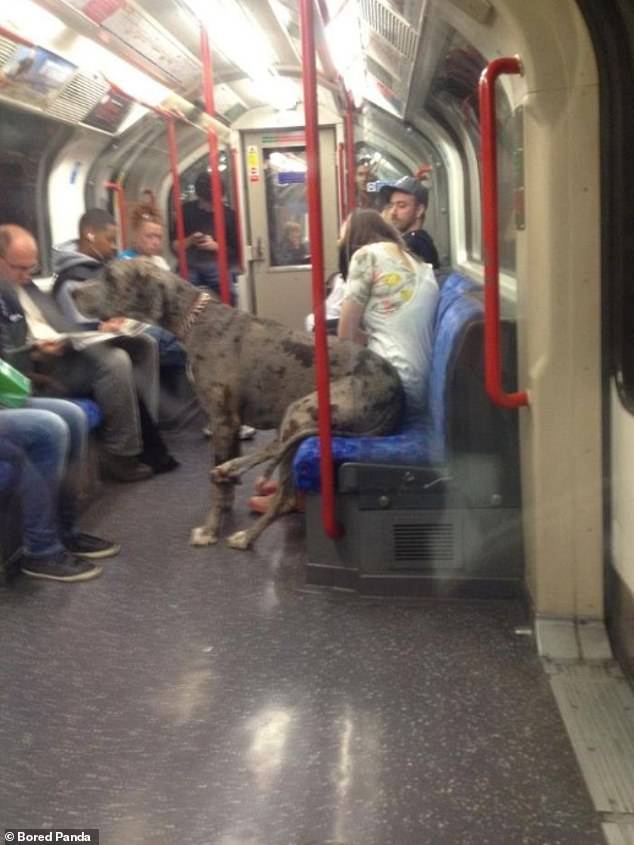 It’s a dog’s life! When it comes to getting a seat on the tube, don’t mess about – it’s a dog eat dog world! 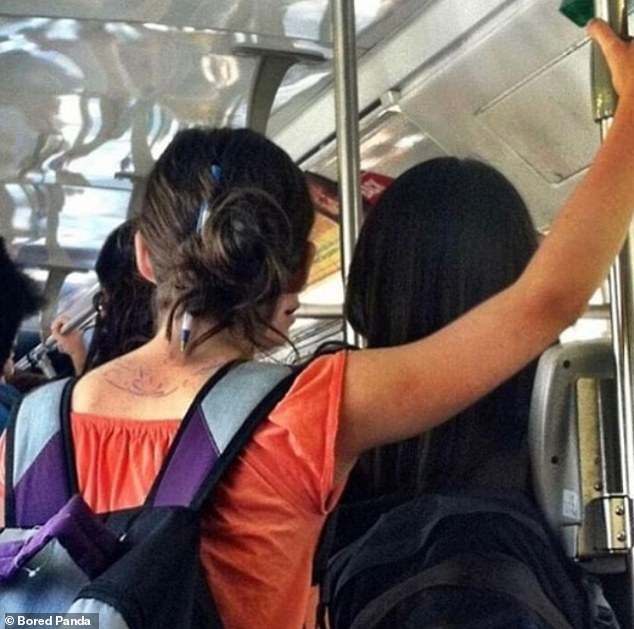 Slip of the pen! This lady was oblivious that she was making new tattoo inspirations, but we’re sure someone would call this art 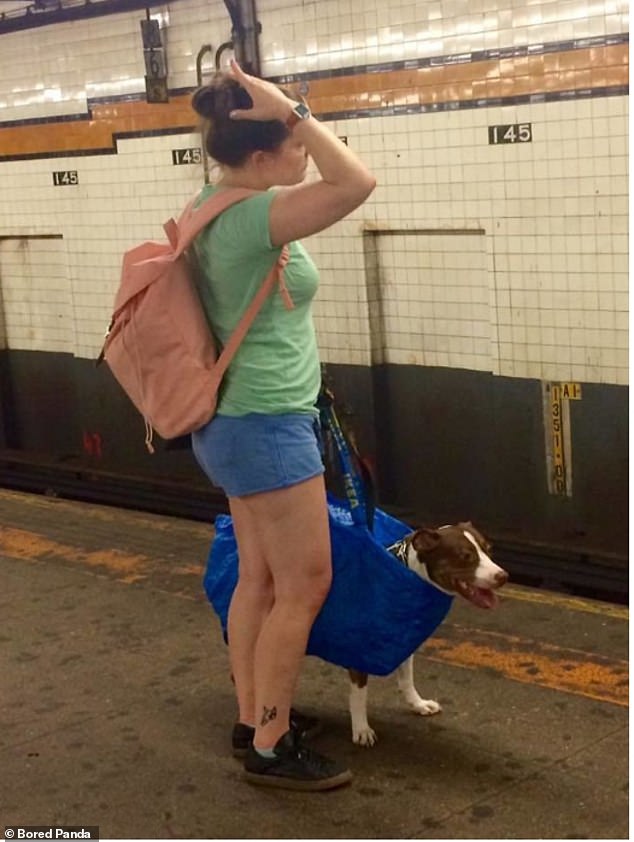 Doggy bag! A woman got around the rule that you can only take a dog on the Subway in New York in a bag by cutting some holes in an IKEA carrier 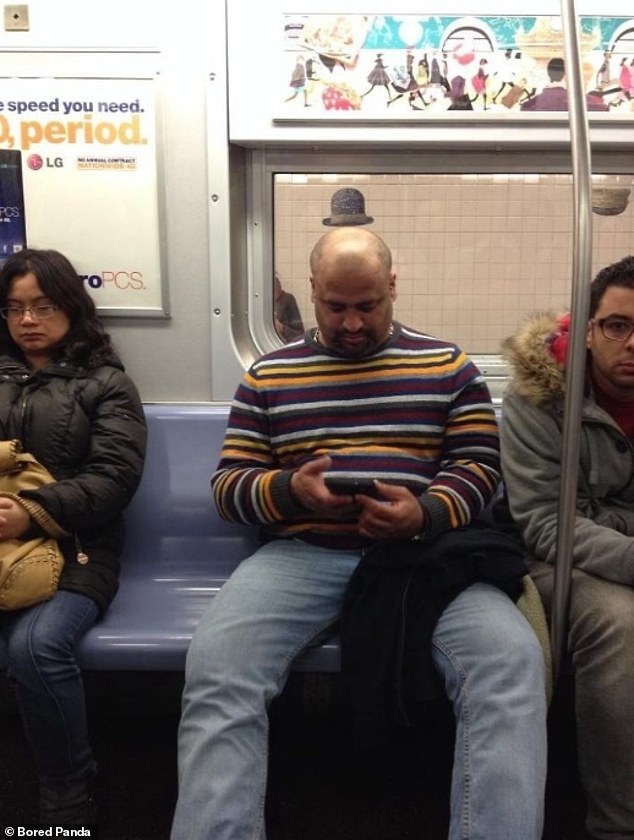 Take my hat off! One commuter couldn’t believe his luck when the train pulled up at perfect timing to make it look like this man was wearing a hat 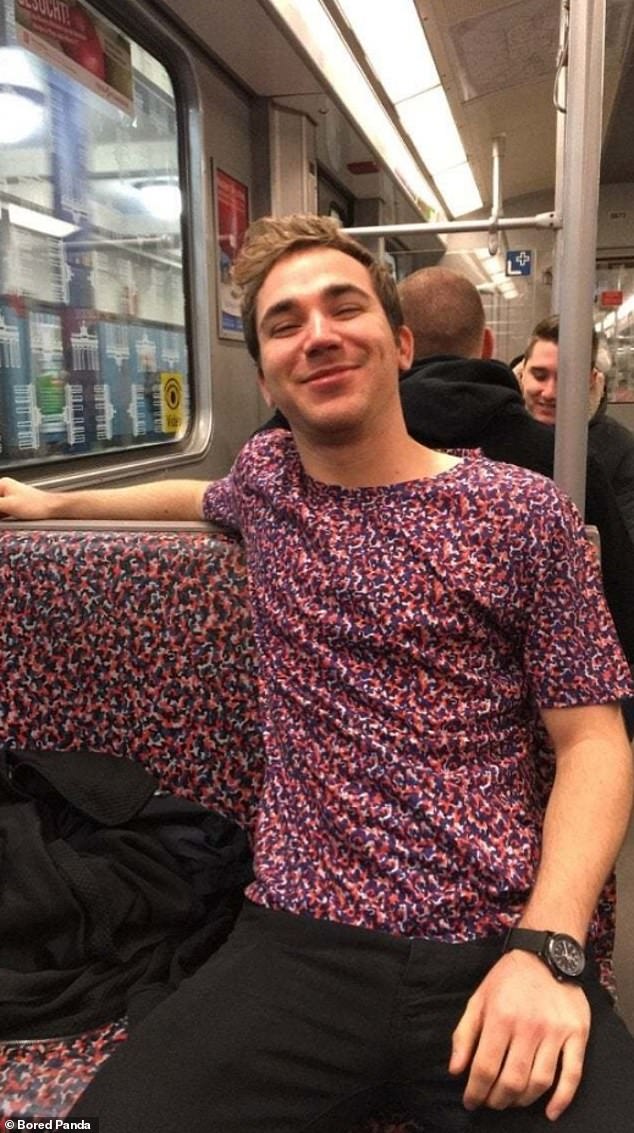 A part of the furniture! That awkward moment when you turn up on your commute and match with the chair 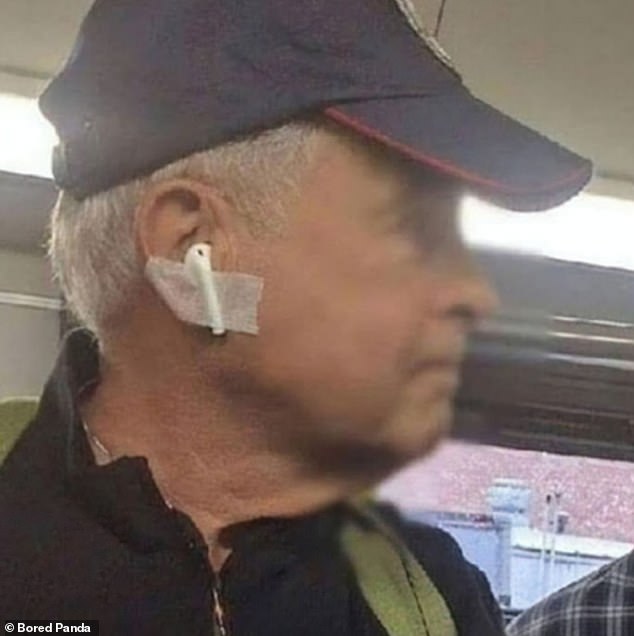 Can’t believe your ears? This passenger soon found out the result of trying to keep up with the latest technology 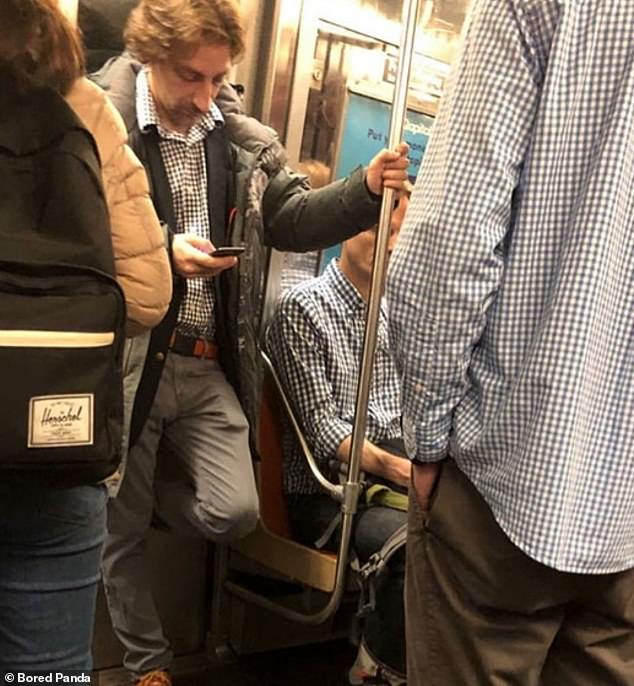 Check mate! The others commuters didn’t get the memo when it came to the most popular choice of shirt for the day 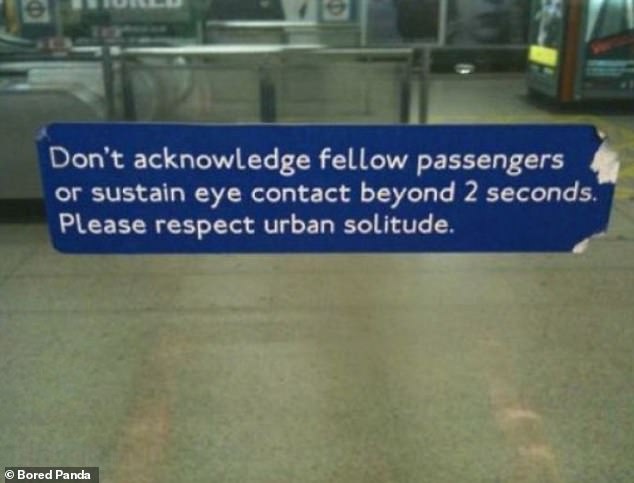 A stern warning! Anyone who has travelled on the underground knows there’s truth behind the words of this notice 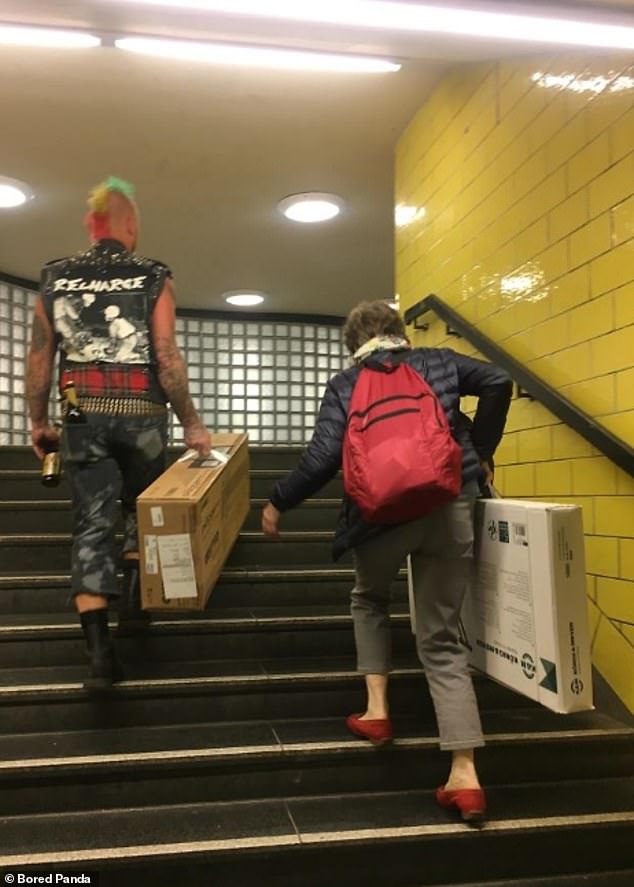 Don’t judge a book by its cover! This punk gave a helping hand to a passenger struggling to carry her boxes up the stairs 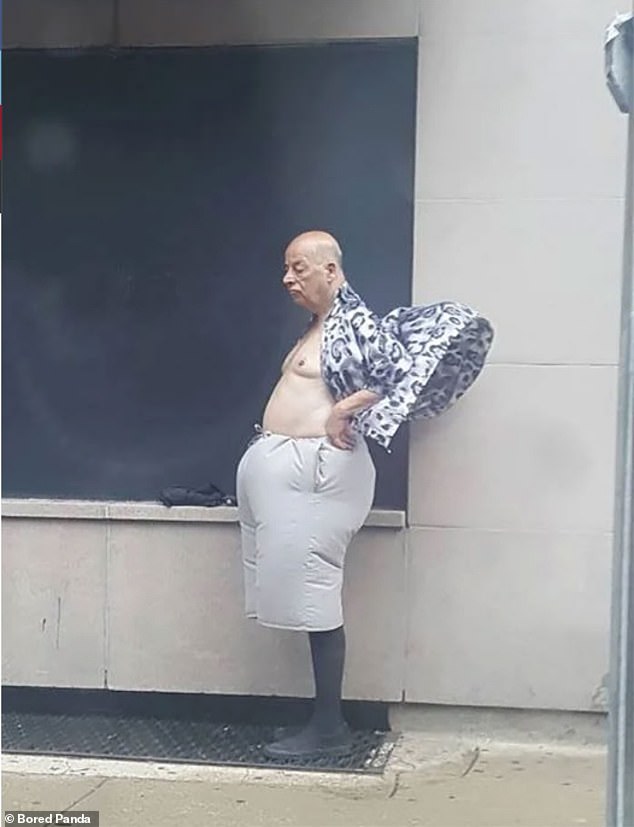 Keeping cool! With his shirt blowing in the wind and his shorts letting in the breeze, this man sure knows how to keep cool 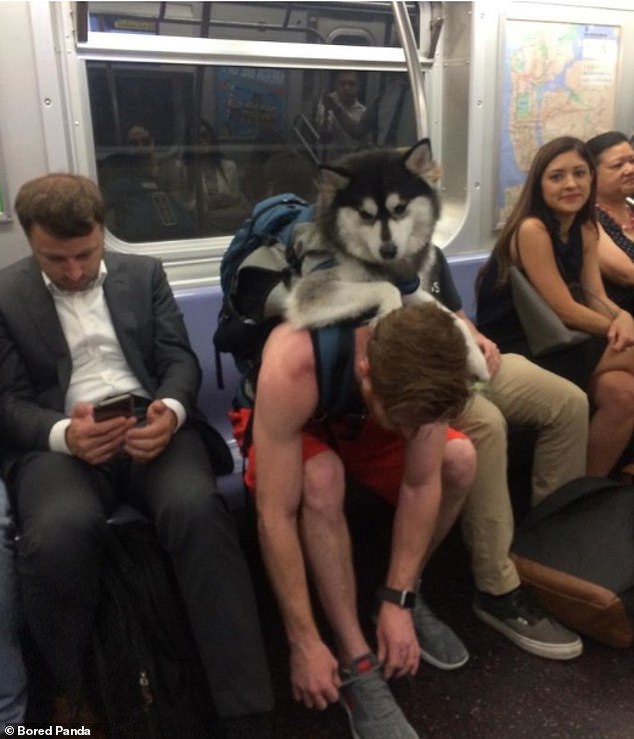 It’s a dog’s life! Turns out piggy backs are a thing of a past, as this commuter placed his Husky in his backpack ahead of his train journey 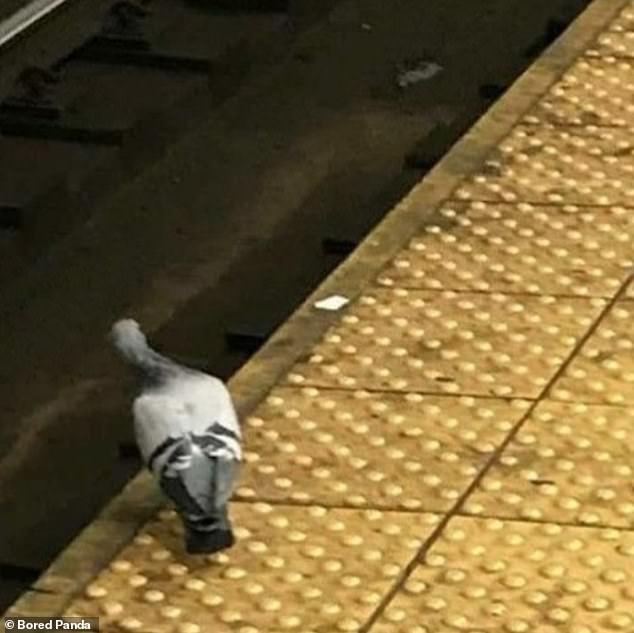 The early bird catches s the worm! This pigeon had places to be, people to see, so was eager to see if the next train was on its way