Arnott’s will release four new flavours of its iconic Tim Tam biscuits in 2021 – and the first new variety has just been unveiled.

Australia’s favourite biscuit brand on Friday revealed that one variety will be Murray River Salted Double Choc – a perfect blend of sweet and savoury.

The new flavour is the first in the upcoming Tim Tam Crafter Collection, which is inspired by unique Australian tastes and due to hit shelves in January.

Arnott’s spokeswoman Amy Wagner described the flavour – which is seasoned with premium salt from the Murray River in South Australia – as ‘to die for’ in a segment on the Today Show on Saturday. 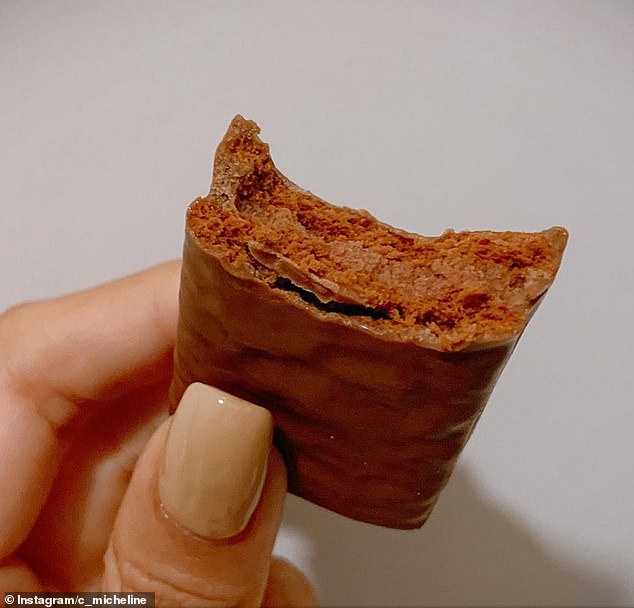 Tim Tams have long been regarded as Australia’s favourite biscuit

An Instagram post announcing the launch has drawn delighted responses from chocolate lovers who say they can’t wait to get their hands on the latest collection.

Another tagged his friend and asked him to hold off on posting his Christmas package overseas until the biscuit is available – he’s that eager to try it.

But not everyone was so thrilled, with one man slamming the confectioner for releasing ‘boring’ flavours in recent years.

‘Last time you had the chance to release the coconut biscuit, but NO – more caramel. This is why customers resort to their usual originals because the “new” ones are boring. Come on!’

The news comes months after Arnott’s delighted fans by re-launching a limited-edition dark chocolate and chilli flavour following a campaign from customers begging for the biscuit to make a comeback. 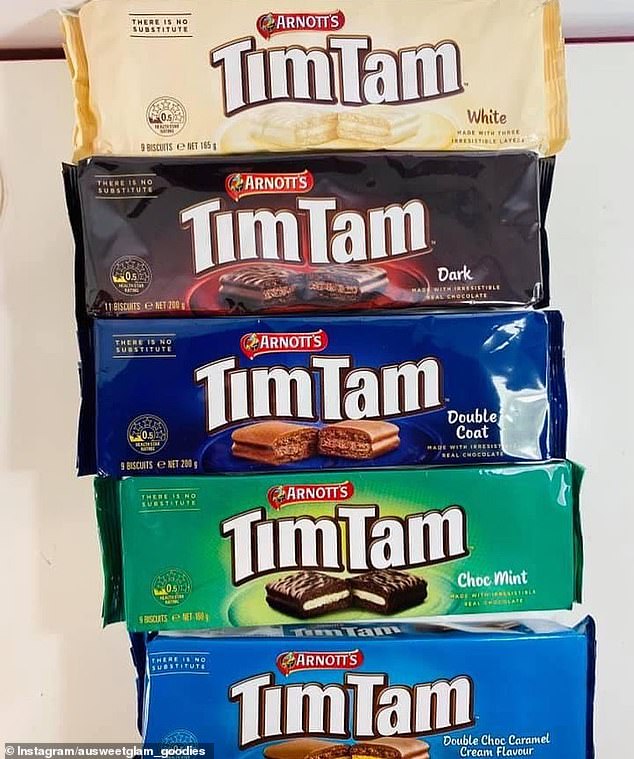 A huge range of Tim Tam flavours are stocked at supermarkets Australia-wide, including chocolate mint and double chocolate and caramel cream

The spicy biscuit was originally available to customers in the 90s but disappeared off supermarket shelves in 2014, much to spice lovers dismay.

A Facebook group called ‘Bring Back Arnott’s Chilli Tim Tams’ was created in August 2015 and a number of people posted on the brand’s social media page, saying they missed the ‘kick and spice of chilli alongside the smooth and rich consistency of chocolate’.

So Arnott’s delivered with a new indulgent $3.65 dark chocolate variety that hit Woolworths shelves on October 7.

‘To bring dark choc chilli to life, we have been expertly crafting with our master bakers the perfect combination of a heat sensation and our decadent, rich dark choc.

‘A hot Tim Tam experience like no other… what more could you wish for?’

The flavour was available for a limited time only and has since sold out – but public support means it could easily be spotted in supermarkets again very soon.