Coronation Street actress Shobna Gulati shares the devastating reality of caring for her dementia-stricken mother in a poignant new memoir.

The actress, 53, of Oldham, Greater Manchester, who played Sunita Alahan on the ITV soap, tells how her mother Asha Gulati battled with dementia for years before her death in 2019, aged 79.

In Do You Remember Me, Shobna reveals the steps she took to help her mother maintain a feeling of independence, including doing the ironing at night so she didn’t know she was receiving help from her four children.

She also reveals how her mother was left ‘confused’ and furious at her lack of dignity when Shobna would help her use the toilet and empty the Stoma bag that was fitted in 2014 following a bowel cancer diagnosis. 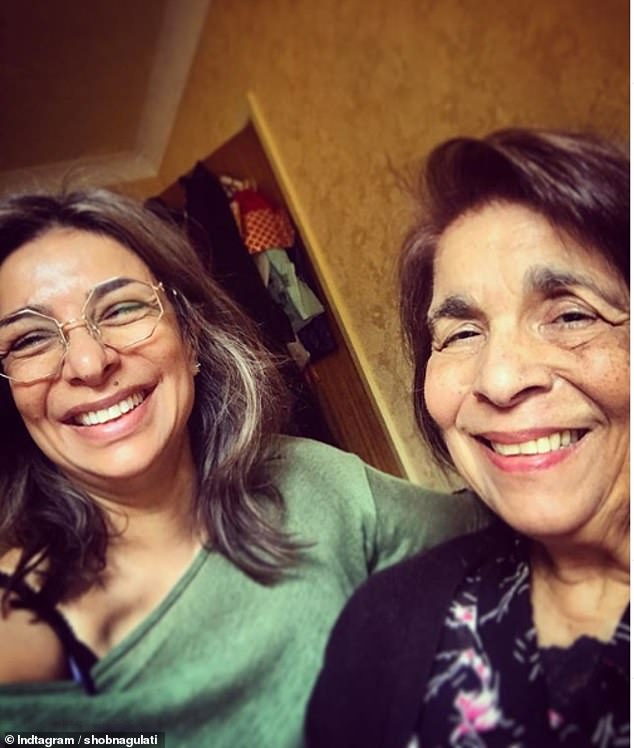 ‘It was so painful to watch her, confused about why I was there, confused about what her stoma did and how it saved her life,’ Shobna writes. ‘And on top of the confusion there would be the fury at the shame she was being exposed to. I was exposing her simply by being there.’

Asha Gulati, whose doctor husband died when Shobna was 19, was diagnosed with dementia after her children, Shobna, Sushma, Hema and Raj, began noticing their mother becoming more forgetful, although Shobna admits she feels guilty for not catching the signs sooner.

‘I wonder if I subconsciously decided not to pay attention to the signs?,’ she writes. ‘Or were they not clearly defined enough for me to risk her wrath by addressing why things just didn’t feel quite right.’

‘In later months, as I spent more time in the house, I discovered notes tucked away everywhere, in little tins in amongst her sewing stuff and oddments and in the corner of her cardigan pockets,’ Shobna recounts.

On another occasion, Shobna discovered her mother had burned her back on a trip to India. 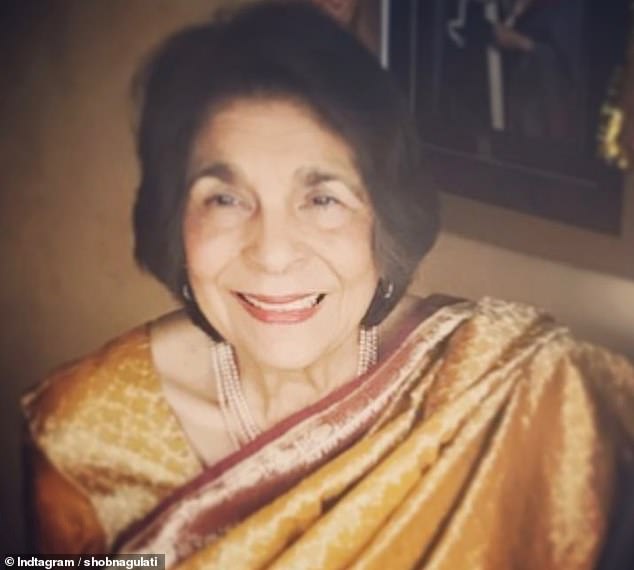 Asha Gulati, pictured, was officially diagnosed with vascular dementia in January 2017. Three years earlier, in 2014, she had been diagnosed with bowel cancer

‘I asked how she got it and she said that she’d been sitting in front of the radiator trying to get warm and hadn’t noticed it burning.

‘That really worried me. I just thought: how caught up do you have to be with what’s on the TV to be sitting there and have the radiator burn your back like that.’

Shobna’s brother Raj, a doctor, suggested Asha undergo tests that led to a diagnosis of vascular dementia, caused by damage due to lack of blood flow in the brain.

The condition have affected part of Asha’s brain related to the function of spatial awareness, language, thought processing, as well as the part of the brain that controls balance, walking and coordination. This cause Asha to experience memory loss, Shobna explains. 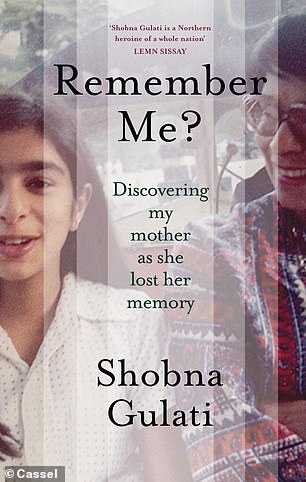 Do Your Remember me: Discovering my mother as she lost her memory, by Shobna Gulati, is published by Cassel

‘It seems the cruelest thing, that the tiniest little clot can starve your brain’s blood vessels for one night while you’re sleeping and fleece you of your more precious memories. And that is what had been happening for months, if not years to my mum,’ she writes.

As the diagnosis settled and worsened, Shobna and her siblings began to care more for their mother, with Shobna playing a central role, staying with her mother when she was not working.

‘These days, that pooled into weeks and months, were frightening for all of us because she had always been the one guiding our family ship. And then suddenly she wasn’t,’ she recounts in the book.

The children had to clean, cook and look after Asha, but because she was ‘vociferously independent,’ and so as to not hurt her dignity, Shobna and her siblings kept pretending that their mother was still in charge of these tasks, and would let her believe she had done it all by herself.

Shobna would iron at night and vacuum when her mother was out of sight to keep the illusion going.

Shobna describes her mother as a loving and supportive but sometimes difficult figure, recalling how she used to ‘show her up’ during family reunions.

However Asha was also the person Shobna ‘clinged to’ during the most challenging moments of her life, like when her first marriage ended in divorce in 1994 or she gave birth to her son Akshay out of wedlock in 1996. The identity of his father has never been made public. 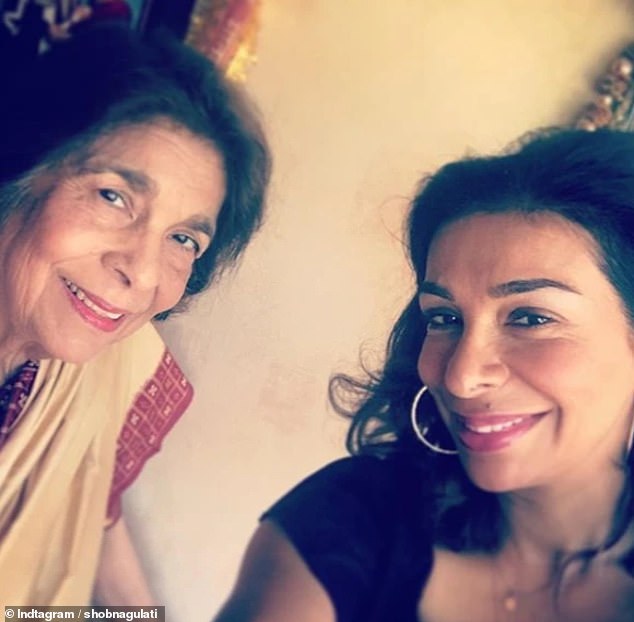 Shobna explained she had a lovely, yet complication relationship with her mother. She dedicated her time to caring after her during her final years

Asha remained by her daughter’s side throughout, even when their extended family was less supportive.

Dementia helped uncover parts of Asha that were previously hidden to even her children.

‘A new picture began to emerge through the entropy,’ Shobna writes. ‘From the chaos came another history, and she sat there, unlocking eras of her life she had once hermetically sealed off to even those closest to her.

‘Mum wasn’t herself or the woman I knew her to be anymore,’ she goes on, ‘In these drawers lay secrets never shared and losses and estrangements.’

The dedicated daughter explains in her book how certain situation or types of food would unearth her mother’s deepest secrets.

‘Sometimes the outside world would trigger memories which would make her enraged and that had been kept obscured from view because of the triggering effects they had. 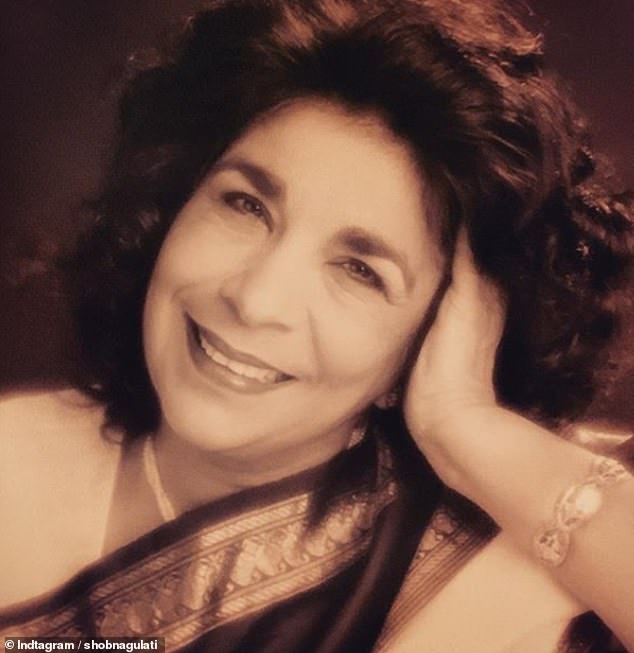 Asha was an independent woman. To not hurt her dignity, her children would iron at night or hoover when she was out of sight and pretend she had done it herself to preserve her pride

‘I would deliberately prepare certain meals to provoke lost memories and stories. Taste would reconnect her to her history. In a way that led to a greater understanding of my mum and as a result the difficulties our relationship had experienced over the years.’

Caring for her mother for so long also took a toll on Shobna’s wellbring, she explains.

‘In the context of this often unbearably intense time, it was impossible for me to make any steps to create much of a life for myself.

‘When I wasn’t working, I was sitting watching telly with mum. I couldn’t properly date or go on long holidays to rest from work, or meet my friends regularly,’ she writes.

‘I began to feel as though my mind had begun to mirror hers as we spent so much time together, I too started to unplug from the world outside as I was desperate to hold on to something tangible as the time started to slip away from us.’ 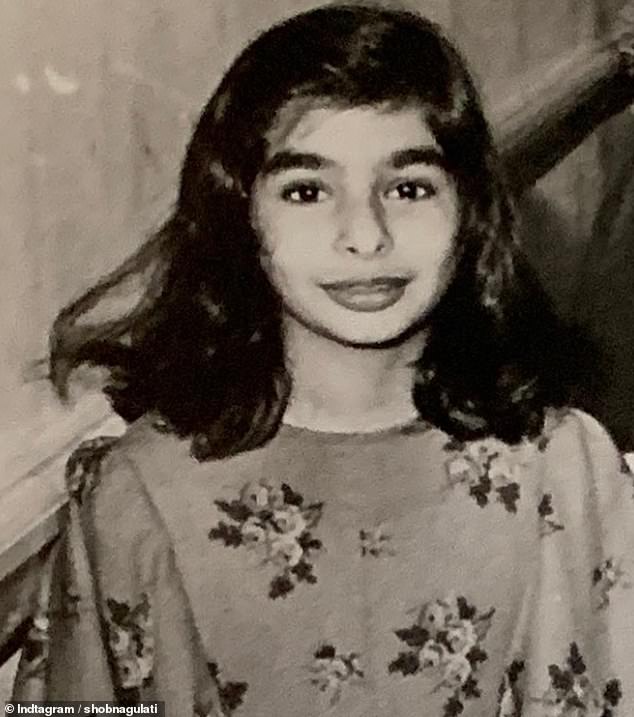 Shobna as a young girl. She grew up in Oldham with her three siblings. Her father died during a trip to Indian when she was 19

When Asha was moved to hospital to receive end of life care, Shobna visited her.

She recounts the intense emotions she felt during her last visit, saying her goodbyes to her mother.

‘We were always there for each other, my mum and me,’ she writes ‘Whenever we needed each other, we came through. I know she was OK with me in her final moments and that is all that anybody can hope for.’

Do You Remember Me? By Shobna Gulati is published by Cassel.

WHAT IS DEMENTIA? THE KILLER DISEASE THAT ROBS SUFFERERS OF THEIR MEMORIES

Dementia is an umbrella term used to describe a range of progressive neurological disorders (those affecting the brain) which impact memory, thinking and behaviour.

There are many different types of dementia, of which Alzheimer’s disease is the most common.

Some people may have a combination of types of dementia.

Regardless of which type is diagnosed, each person will experience their dementia in their own unique way.

Dementia is a global concern but it is most often seen in wealthier countries, where people are likely to live into very old age.

HOW MANY PEOPLE ARE AFFECTED?

The Alzheimer’s Society reports there are more than 850,000 people living with dementia in the UK today, of which more than 500,000 have Alzheimer’s.

It is estimated that the number of people living with dementia in the UK by 2025 will rise to over 1 million.

In the US, it’s estimated there are 5.5 million Alzheimer’s sufferers. A similar percentage rise is expected in the coming years.

As a person’s age increases, so does the risk of them developing dementia.

Rates of diagnosis are improving but many people with dementia are thought to still be undiagnosed.

IS THERE A CURE?

Currently there is no cure for dementia.

But new drugs can slow down its progression and the earlier it is spotted the more effective treatments are.