Michelle Obama has revealed that her family is keeping busy with conference calls, online classes, and Netflix as they work to keep a routine while quarantined at home amid the coronavirus pandemic.

The 56-year-old former first lady shared what she has been up to in recent weeks while chatting on the phone on Monday with talk show host Ellen DeGeneres, who shared a video of their conversation on social media.

‘We’re just trying to structure our days,’ she said of her husband, Barack, and daughters, Malia and Sasha. ‘Everybody’s home — the girls are back because colleges are online, so they’re off in their respective rooms doing their online classes.’ 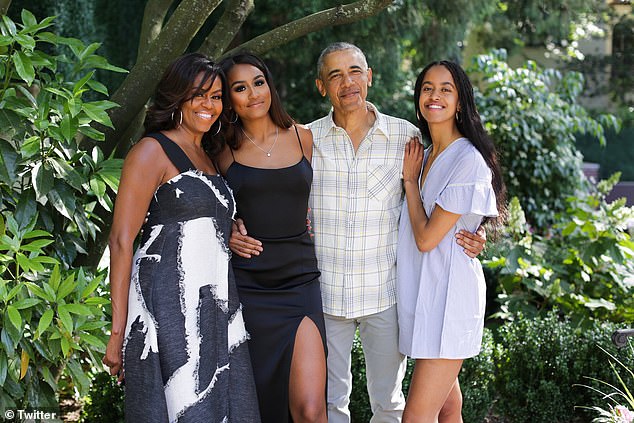 All together: Michelle Obama has revealed that she and her family have been keeping busy with online classes, conference calls, and Netflix while quarantined together 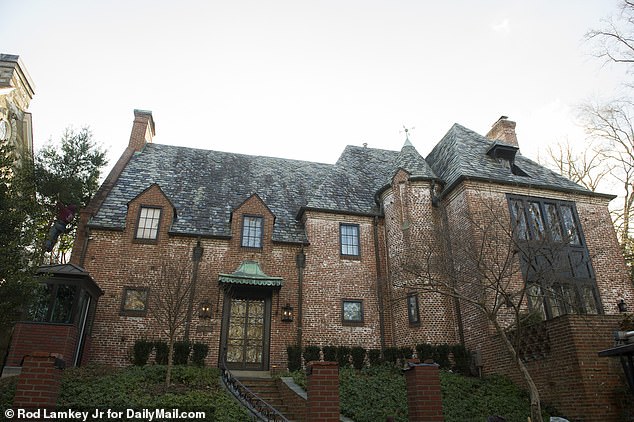 Residence: Michelle, 56, and Barack, 58, are likely hunkering down with their daughters Malia, 21, and Sasha, 18, in their Washington, D.C. home (pictured)

‘I think Barack is — I don’t know where he is. He was on the phone on a conference call; I just got finished with a conference call,’ she added. ‘We’re just trying to keep a routine going, but we’ve also got a little Netflix and chilling happening.’

The Obamas are likely self-quarantining at their Washington, D.C. home, which is located just a few blocks away from Ivanka Trump’s residence in the ritzy Kalorama neighborhood.

Ellen couldn’t resist ribbing Michelle about having both of her daughters back under her roof after enjoying an empty nest for just seven months.

‘My condolences that the kids are home, because you were expressing how happy you were that they were gone,’ the talk show host said.

‘I know! I shouldn’t have boasted about that,’ Michelle joked. ‘The gods were getting me back.’

Malia, 21, is a junior at Harvard University, where both her parents studied law, and Sasha, 18, is believed to be a freshman at the University of Michigan, though the family has never confirmed what college she is attending. 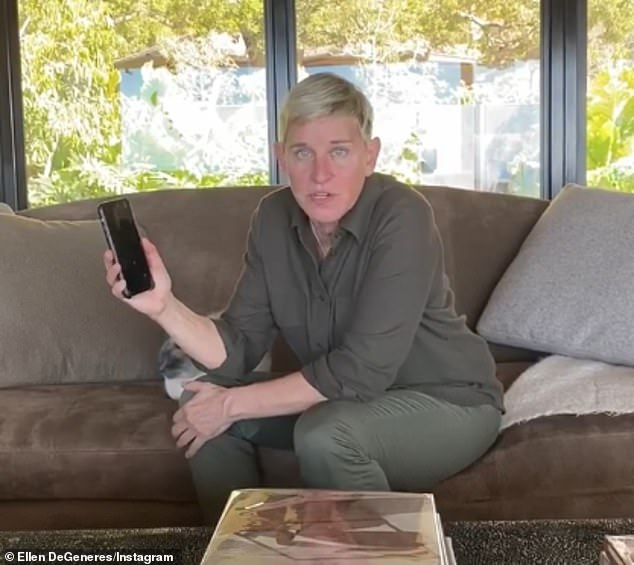 Old pal: Michelle shared what she has been up to in recent weeks while chatting on the phone with talk show host Ellen DeGeneres, who posted a video of their conversation on social media

The youngest Obama was reportedly seen taken freshman orientation classes at the school over the summer.

Jokes aside, Ellen noted that this is a time to reflect on what’s important, and Michelle wholeheartedly agreed.

‘This is like no other time in history, particularly for our kids who are so used to being occupied and stimulated all the time,’ she said. ‘There is some good and bad that goes with it.

‘I feel for all the folks who are going to suffer because of what’s going to happen to the economy,’ she added. ‘We have to be mindful about what we’re going to do to support these folks when this quarantine is over and people are looking at what’s left of their businesses and their lives.’

However, she explained that there is a ‘positive side’ to hunkering down at home with loved ones during the global crisis. 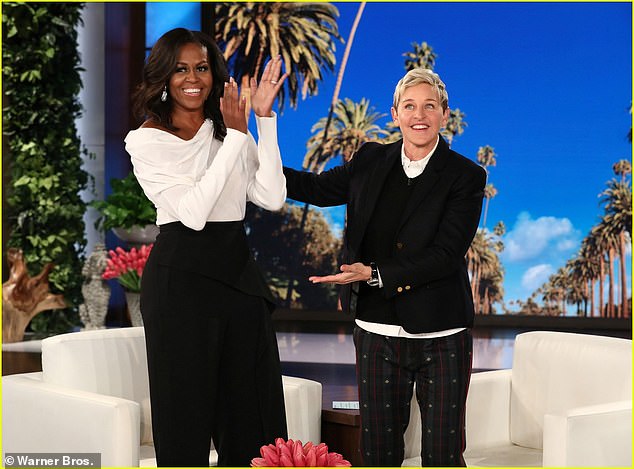 Staying positive: Ellen noted that this is a time to reflect on what’s important, and Michelle wholeheartedly agreed. Michelle is pictured on Ellen’s talk show in 2018 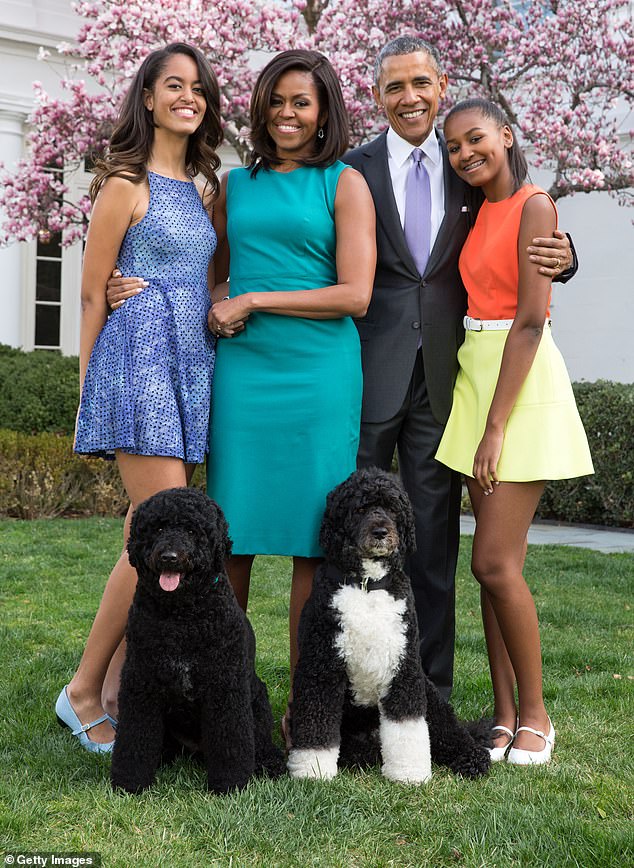 New routine: Michelle said the one positive is that the quarantine has forced her family to sit down together and have real conversations

‘I know for us, it’s forced us to continue to sit down with each other, have real conversations, really ask questions and figure out how to keep ourselves occupied without just TV or computers,’ she said. ‘It’s a good exercise in reminding us that we just don’t need a lot of the stuff that we have.’

Michelle stressed that when times are bad, it’s a reminder that ‘having each other’ and ‘having your health’ are what’s most important.

‘We can do with a lot less. I think that’s an important lesson I want my kids to understand as they get out there the world,’ she said. ‘Be grateful for what you have and be ready to share it when the time comes because that’s really what it’s all about.

‘Now, we’re just happy that we’re together and everybody is healthy and safe,’ she added. ‘Who cares about the other stuff?’

Michelle and Ellen also revealed that they have both been working out daily while cooped up at home.

The comedian challenged the former first lady to a plank-holding contest, saying they could do as a charity event to raise money, but Michelle told her to not get ahead of herself.

‘We’ll cross that bridge when you feel like you’re in shape,’ she said.

Tips On Writing A Reflection Paper

Essay On Nature Our Teacher In Marathi College Help