Giant teddy bears have become the latest 2020 trend on the rise across Australia as shoppers continue to search for weird and wonderful ways to stay entertained during the COVID-19 crisis.

Shoppers are racing to Costco to get their hands on the life-size plush toy for $299.99, measuring a whopping 236.22 centimetres (93 inches).

One mother prompted a light-hearted discussion on social media after asking parents where they are storing the mammoth bears in their houses. 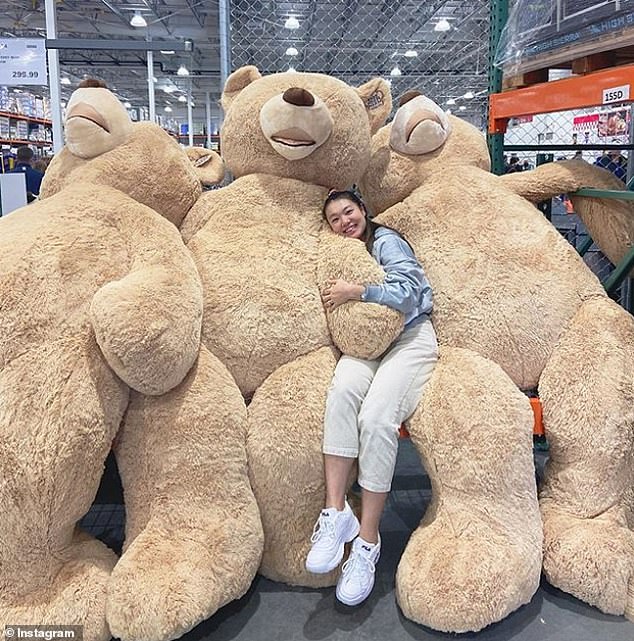 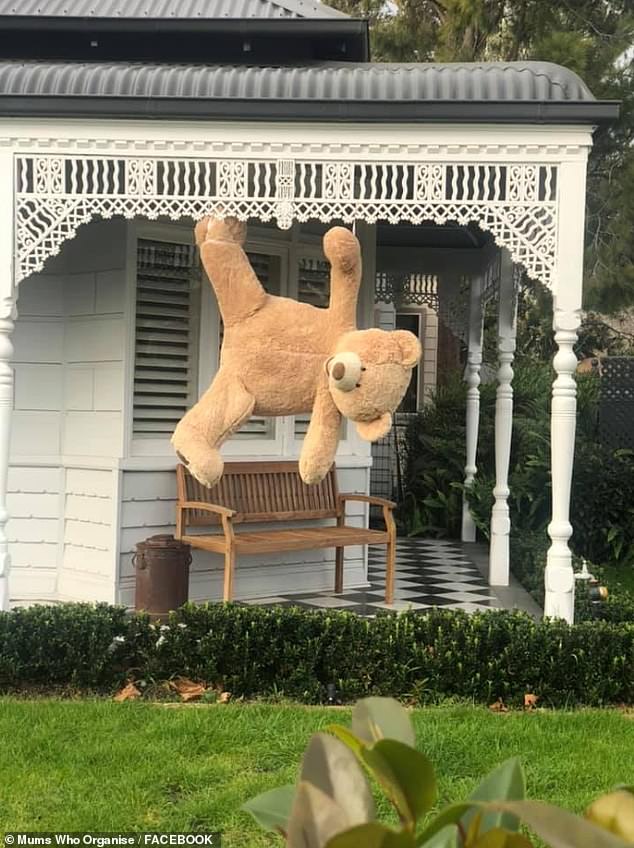 One woman shared a picture of her neighbour’s bear, saying: ‘My neighbour displays it in different positions. Very entertaining on iso walks’

‘Ladies! Where on earth do you keep one of these teddies?’ she said in Mums Who Organise Facebook page.

‘My little one is super attached to one that was given to her, it currently lives on my spare bed – but I’m hoping there’s someway to put it that’s not so awkward.’

Many quickly responded to the thread as they shared pictures showing where their cuddly teddy bears are being displayed around the home.

‘We got given one for each kid. They live in the cupboard squished and the [two] girls sit on them as couches for movie night,’ one mother said. 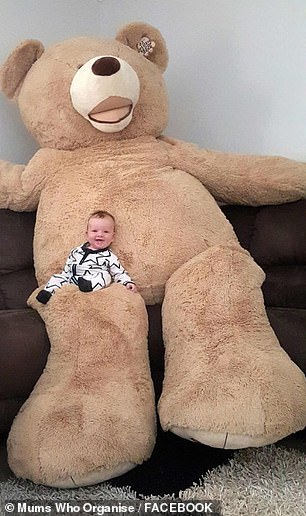 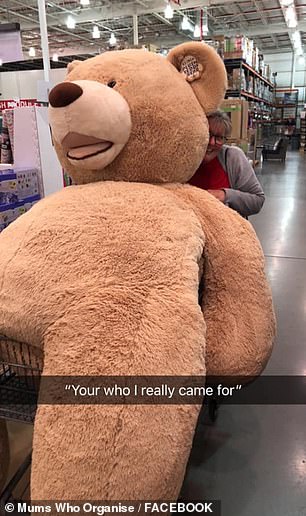 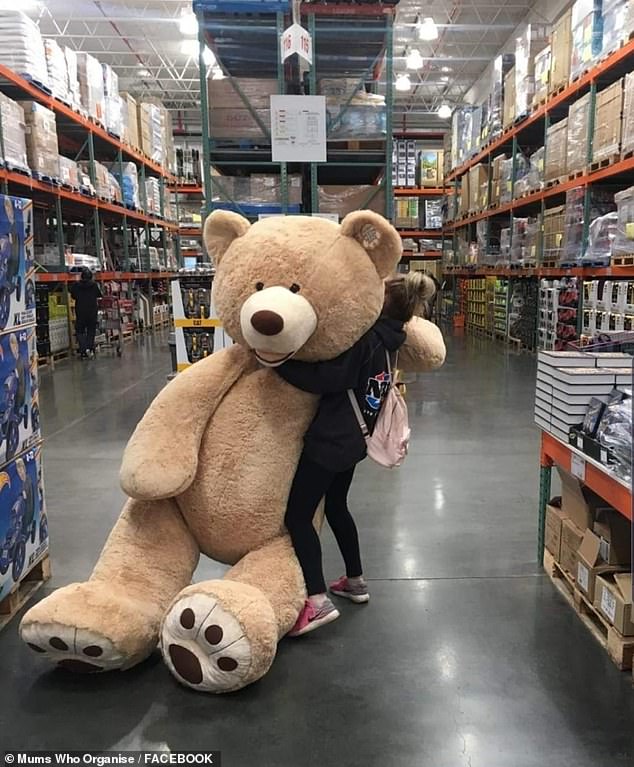 Another mother admitted: ‘We have one and if I could light it on fire I would.’

‘Mine just sits in the corner of my daughter’s bedroom. It used to be mine but my little girl has claimed it,’ one woman said.

One parent shared a snap showing her bear perched against the top of her staircase inside her family home.

‘That’s how it is watching us while we go up and down the stairs,’ she explained.

Another said: ‘We put it on the upstairs veranda for kids to spot walking past.’ 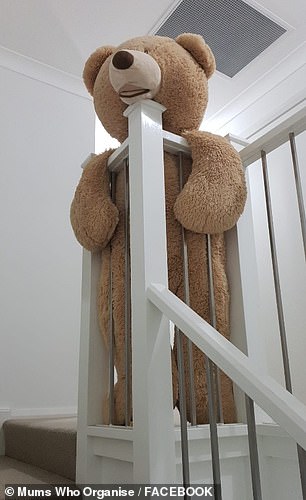 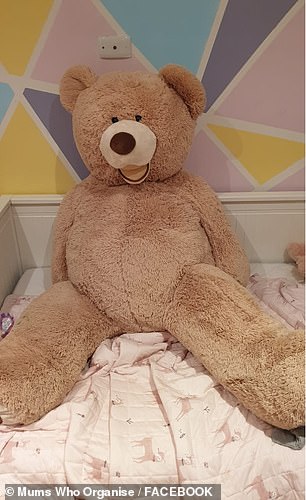 One parent shared a snap showing her bear perched against the top of her staircase (left) inside her family home, while one mum has it sitting in a corner of her child’s bedroom (right) 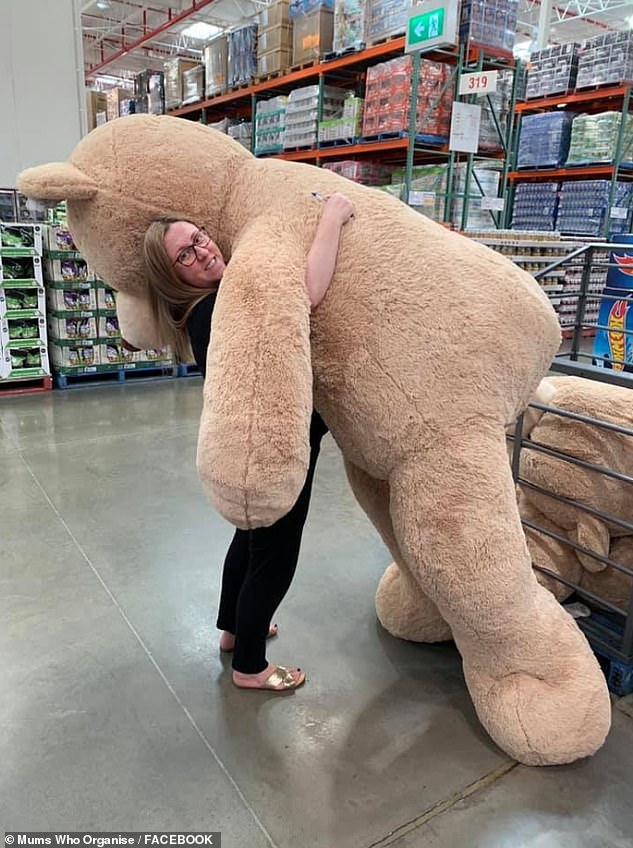 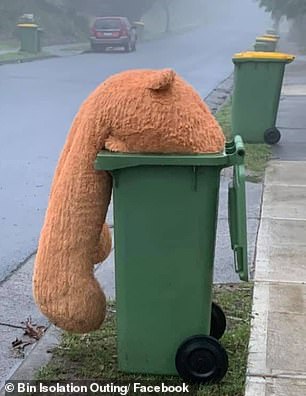 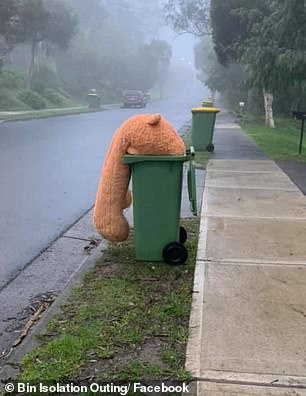 Meanwhile, one Australian woman shared snaps of the giant bear she found in her bin burying his head in the sand because he’s had enough of all this coronavirus stuff’

Others offered their tips on places to pack the bear away, with one suggesting: ‘Get a big linen vacuum bag and make him a lot smaller to store.’

‘I would store it at Costco and just take her for visits,’ another joked, while another said: ‘Buy the toy trapeze net from IKEA and hang it from the ceiling.’

While one woman asked: ‘I saw them at Costco and wondered what the heck one would do with a bear that size?

‘How one would even get it home because it sure wouldn’t have fit in my car without a significant amount of effort,’ she continued.

Meanwhile, one woman shared snaps of the giant bear she found in her bin.

‘I found this guy going through our bin today. He’s either looking for food or burying his head in the sand because he’s had enough of all this coronavirus stuff,’ she said.