IKEA furniture offers an affordable option for those wanting to furnish their house with ease – and without a huge expense.

But parents from around the world have taken to ‘hacking’ their children’s furniture to transform the pieces from boring flat pack into ingenious original pieces with some simple DIY.

Creative mothers and fathers have taken to sharing the results on Instagram using the hashtag #IkeaHacksForKids.

One parent unveiled a £129 Kura bunk bed altered to cater for her three children, while another revealed how they’d changed a toy kitchen into a nifty coffee cart. 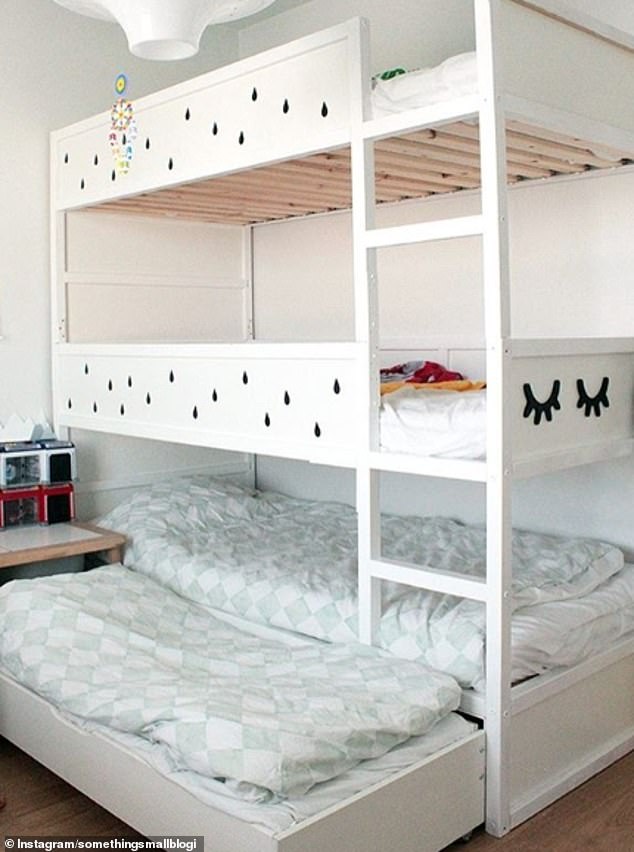 Creative parents from around the world have taken to ‘hacking’ their flatpack furniture from IKEA to create ingenious original pieces (pictured, IKEA’s Kura double bunk bed upgraded into a three-layered bunk bed) 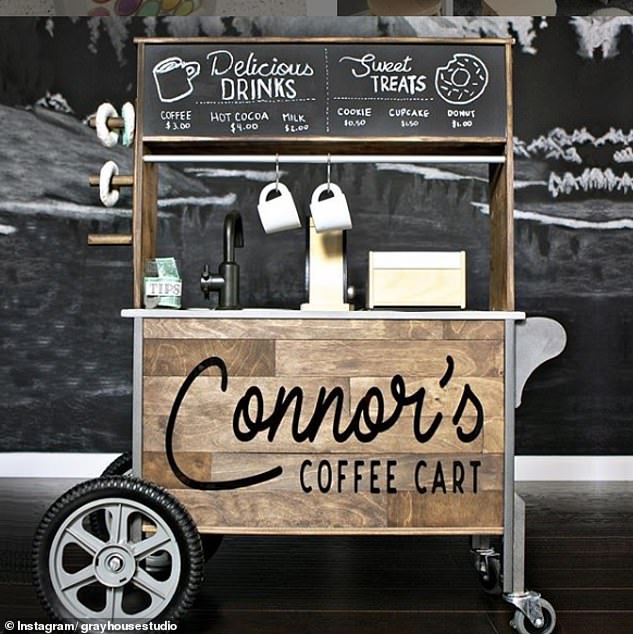 Meanwhile another parent, from Texas, unveiled her incredible toy kitchen hack, which transformed the basic set into a cool coffee cart for her son 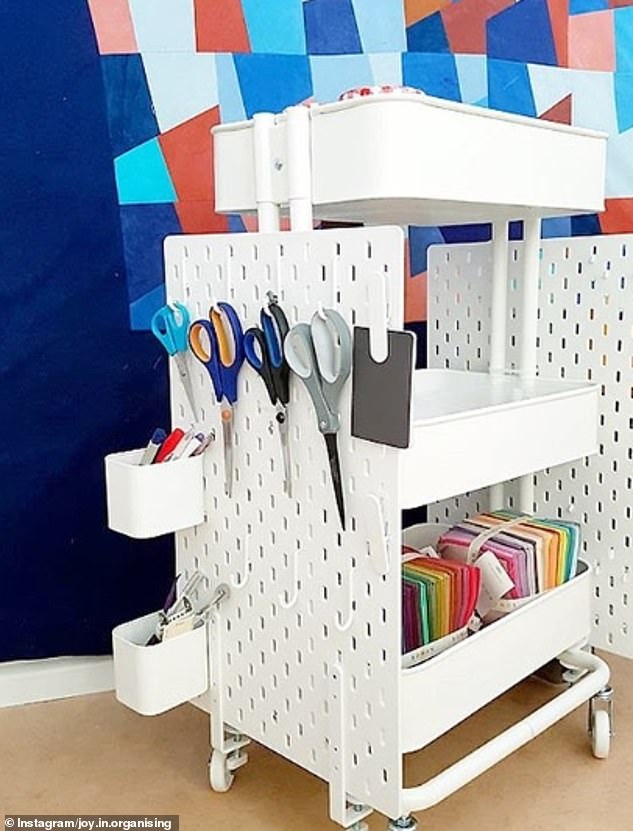 Another clever parent, from the Netherlands, combined IKEA’s £39 Raskog cart with some £12 Skadis pegboards to create a super handy mobile arts and crafts cart 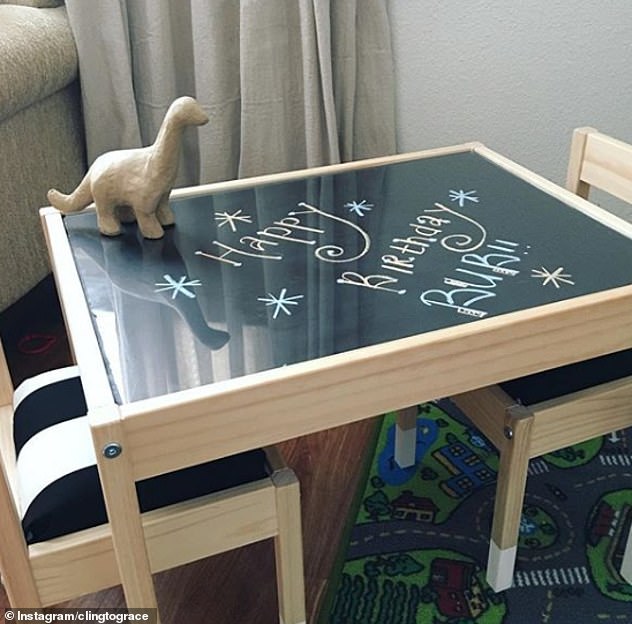 Meanwhile one mother, believed to be from the US, unveiled her son’s new play table, complete with blackboard painted table top

Mother-of-four Anna, 31, from Finland, revealed how she’d ‘hacked’ an IKEA Kura bunk bed by attaching one bed on top of another.

Meanwhile another parent, from Texas, unveiled how she’d altered a toy kitchen into ‘Connor’s Coffee Cart’, complete with added wheels for her young son to move it around.

Sharing a snap online, she wrote: ‘We have a mini version of a coffee bar rolling about the house these days!’ 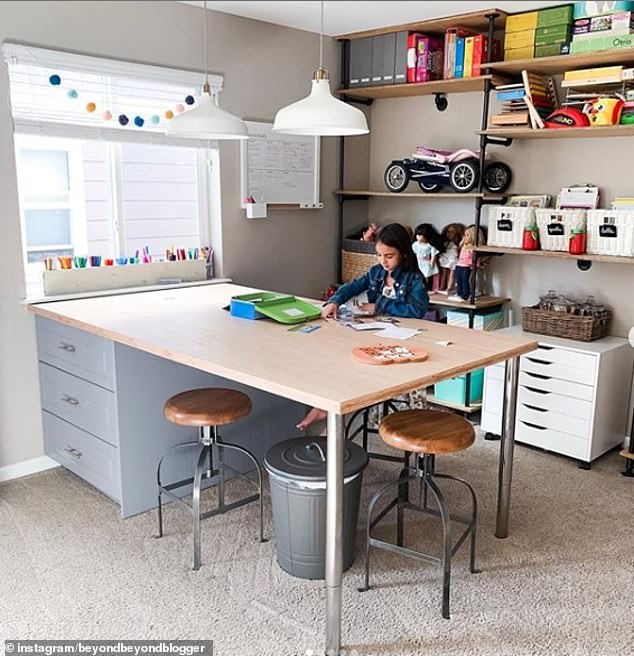 Another mother, from Denver, transformed her family’s attic space into a ‘study’ by re-purposing the IKEA cabinets into a desk 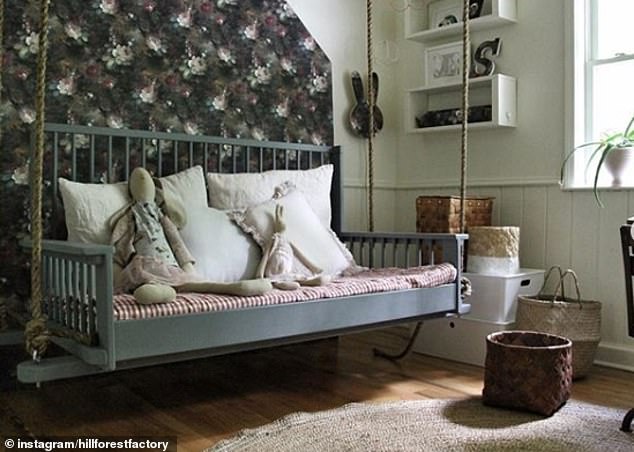 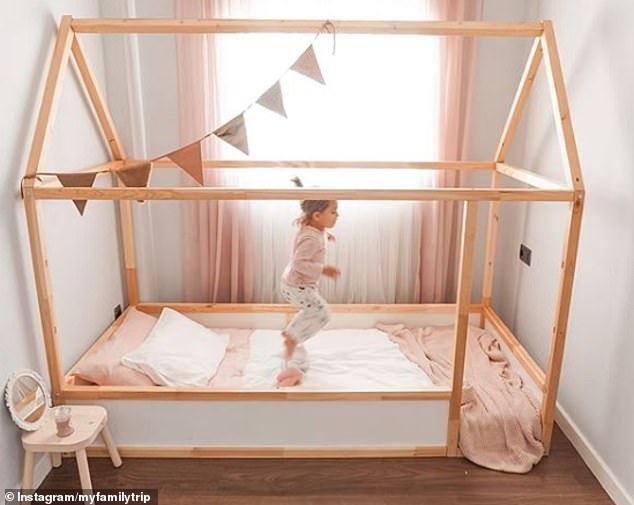 One parent, whose location is unknown, revealed how they’d created a neat ‘Wendy House’ structure for their daughter from the Kura bed which retails at £129

Meanwhile another mother, from the US, revealed how she’d transformed the simple children’s Latt table into an arts and crafts area, complete with a blackboard and a roll of brown paper taped underneath.

Rather than throwing her old baby crib away, a crafty parent managed to ‘hack’ the bed, transforming it instead into a swing seat.

Posting online, she said she’d been inspired to create the swing after her children ‘switched rooms’. 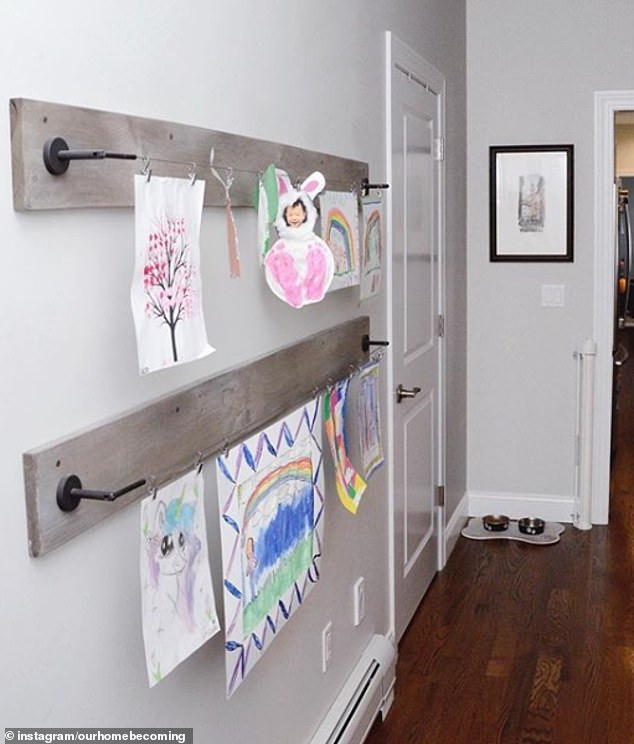 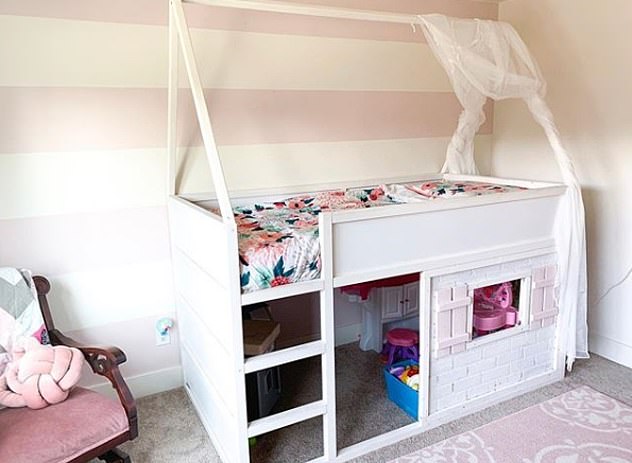 Another parent, whose location is unknown, revealed how she delighted her daughter by altering the Kura bed – a seemingly popular piece of furniture to upgrade

Saying the project took two days, she revealed she cut the sides, added arm rests, painted it and hung it from two 2×4 planks.

A Denver mother revealed her clever project for her family’s attic space.

Using IKEA’s cabinets and legs she transformed the cupboards into a nifty desk space for her daughter.