Australian designer Camilla Franks was diagnosed with breast cancer three months after giving birth to her daughter Luna in 2018.

Camilla battled through six months of ‘intensive’ chemotherapy before having a double mastectomy and breast reconstruction after Luna’s birth.

On Thursday, the National Breast Cancer Foundation announced that a breast cancer-free world could be possible by 2030.

This will only be possible with a minimum $100 million investment in vital research.

Camilla has written a heartfelt and courageous letter to herself in 10 years’ time, where she continues to celebrate her good health. 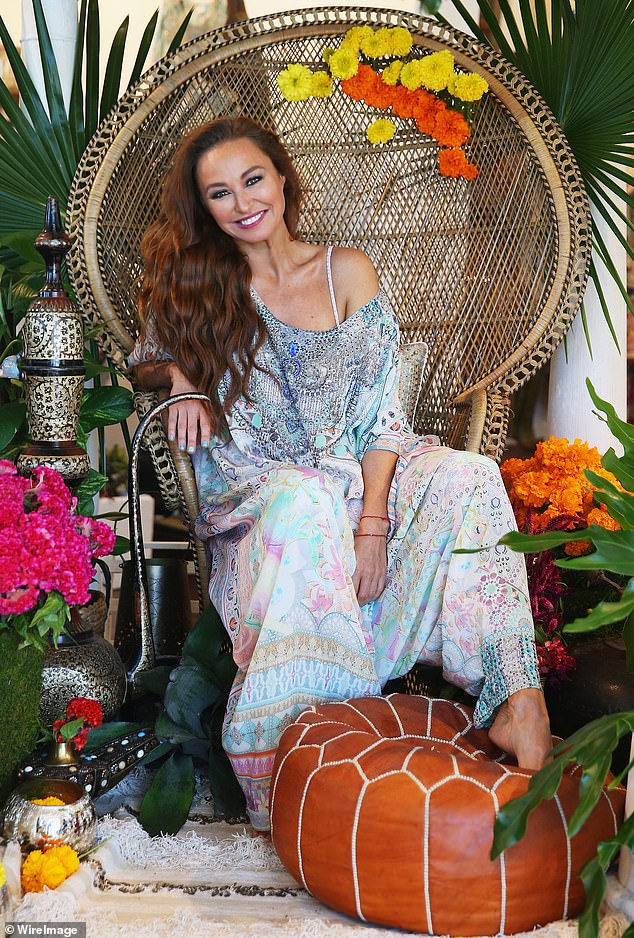 Renowned Australian designer Camilla Franks (pictured), a survivor of breast cancer, has written a heartfelt letter to herself in 2030 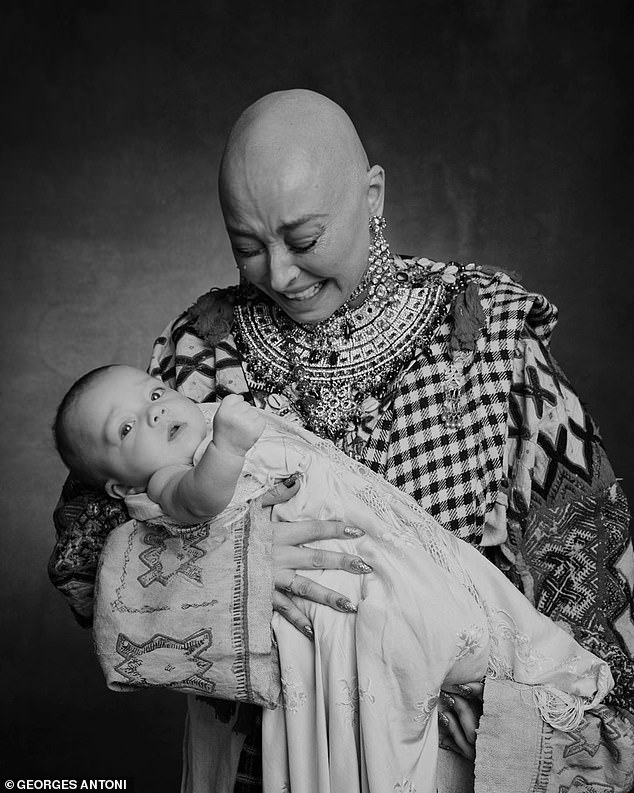 In July 2018, Camilla shared this series of nine powerful photographs on Instagram, which were captured at a photo shoot in Sydney with photographer and friend Georges Antoni

I write to you as a woman who is proud, loved, relieved, grateful – but above all, alive.

Today marks the year 2030. Over the last 10 years the National Breast Cancer Foundation has invested in emerging areas of research to eliminate breast cancer deaths. It is now a world without breast cancer. A world without women’s suffering. A world without loss and sadness. A world in which our mothers, daughters, sisters and girlfriends live without fear.

12 years ago, you were diagnosed with a rare form of breast cancer, after six months of what your doctors called the ‘bazooka’ of intense chemotherapy, you braved a double mastectomy and reconstruction. Your girls, who served you so fabulously, were laid to rest. Your new twins, Margarita and Tressara, took on the new front. And baby, haven’t they bloomed ever so gloriously… they even made national TV.

While humour was always your strongest bedside manner, it was an unspeakably difficult and trying time both mentally and physically – the storm wasn’t over just yet and this next chapter would be the most painful. 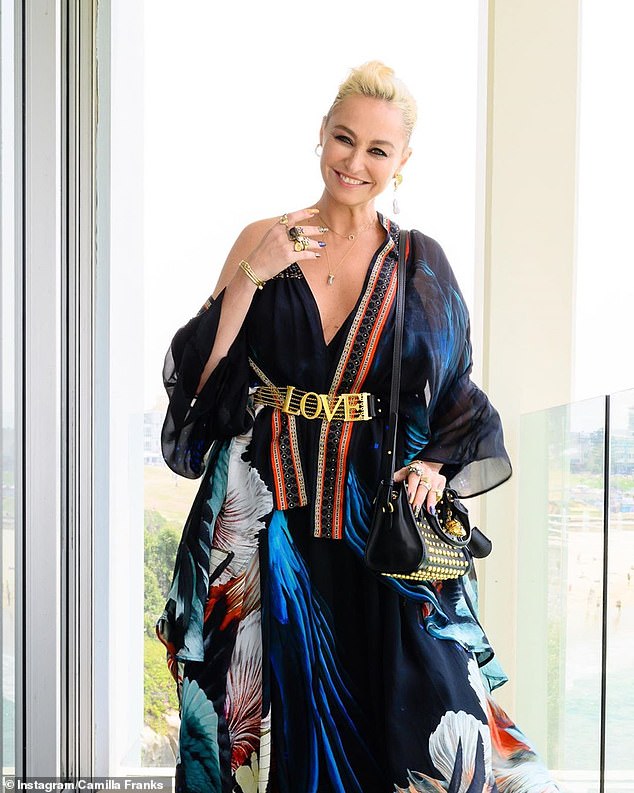 Camilla Franks (pictured) was diagnosed with breast cancer in 2018, and she underwent 18 months of intensive chemotherapy, a double mastectomy and breast reconstruction after the birth of her daughter in 2018

Your greatest role yet was the simple title of ‘Mum’. You earned this name in 2018 when Luna Gypsy Jones joined you earth side, just three months before you were diagnosed with BRCA1… It was short lived bliss, so brutally ripped away with no warning or explanation. You took on a new title of Mum Fighting Breast Cancer. As a result of the BRCA1, this also meant the big O came into play. Not that one, your ovaries. Yep, they would need to go too. A big full stop. To robbed of things, you will never know again…⁠F*#% you, cancer.

You’ve always been a shining poster child of learning things the hard way, and cancer was no different. In 2018 upon your diagnosis, you cried endless tears of fear, despair, confusion and helplessness. Weeks passed after your diagnosis, a dark and confusing blur came before you until you became confident in a treatment plan. Never ending doctor and specialist appointments, you dug so deep for answers whilst navigating fear and terror. Cancer became a full-time job. ⁠⠀

You sought answers, opinions and advice and more often than not – each opinion conflicting the last. You knew that in stillness you would find the answers right for this body and together, with your medical team you drew up the battle lines and launched heavy artillery of science and medicine to save your body, your temple. ⁠You took back control. You became the CEO of your body. And baby, you’re here to tell the story. 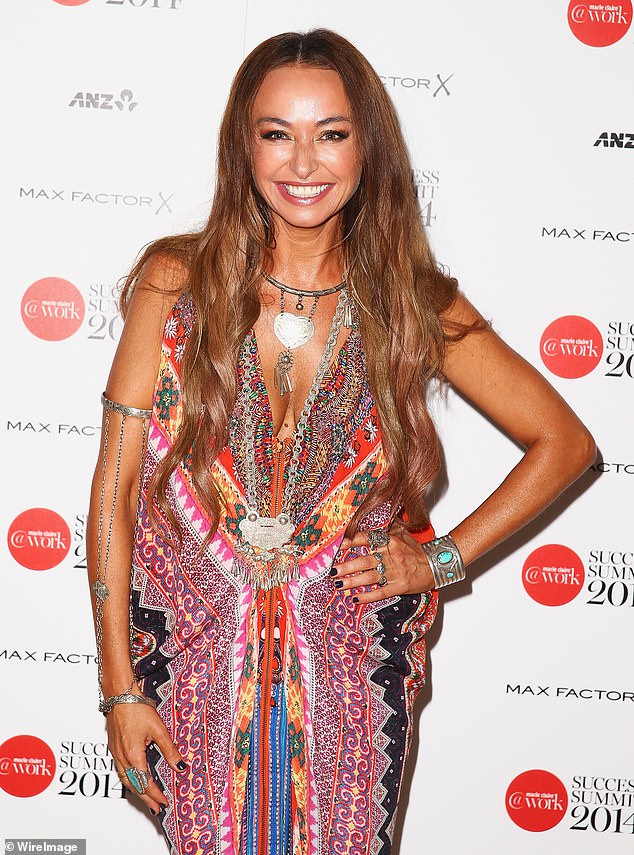 On Thursday, the National Breast Cancer Foundation announced that a breast cancer-free world could be possible by 2030, with $100 million in research (Camilla pictured in 2014) 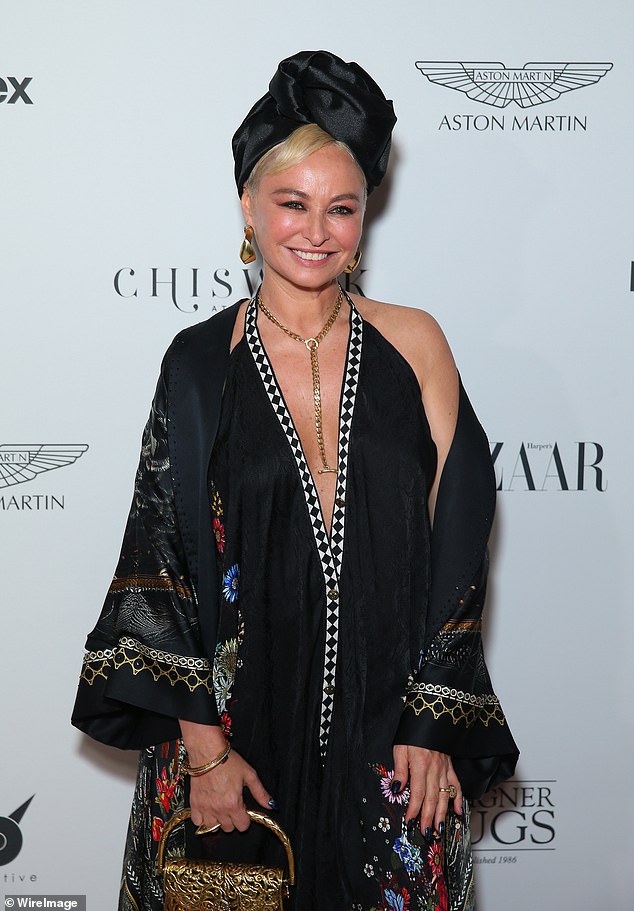 In the letter to herself in 2030, Camilla (pictured in 2019) continues to celebrate her good health

Back in 2020, we still lost eight women to breast cancer every day. That was eight too many. You now stand proudly alongside sisters who fearlessly entered the same battlefield you did – and for the sisters who joined other universes in the process; our heart is with you always.

If our journey has taught us anything, it is that there is reward in relentless tenacity and never saying never. You’ve found a fountain of empowerment of sharing your story and encouraging anyone who will listen to never settle on first guidance.

With every fibre of my being, I write this letter with the knowledge that we’ve reached zero deaths from breast cancer. No victims, no deaths – just no breast cancer at all.

That’s my kind of world, and it means the world for me to be here.