A father who moved into his garden shed to protect his daughter with muscular dystrophy during the coronavirus crisis has been named Epic Dad of the Year.

This year, the annual Celebrity Dad of the Year awards has been given a makeover to recognise the selfless work of everyday heroes during the coronavirus pandemic, and has been renamed Wagon Wheels Epic Dad of the Year.

Darren Chillery-Watson, 49, from Wiltshire, was nominated after he moved into the garden shed in order to protect his daughter Carmella, six, and continue to do crucial work in the community, whilst also providing for his family.

Appearing on Good Morning Britain today, the father told he was ‘absolutely delighted’ with the award while his wife Lucy insisted she’s ‘so proud’ her husband is being recognised for his sacrifice. 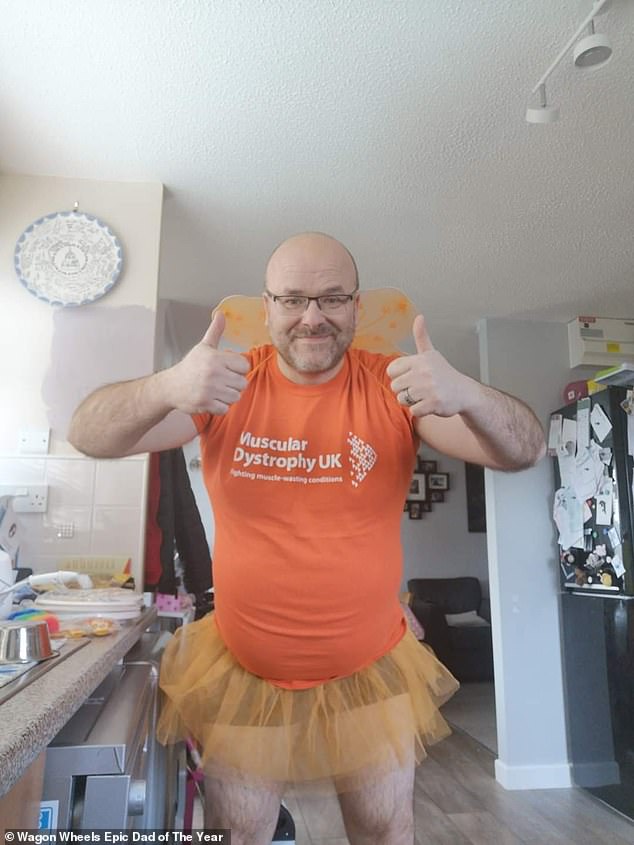 Darren (pictured), 49 from Wiltshire was nominated for Wagon Wheel’s Epic Dad of the Year for the huge sacrifices he has made during the pandemic 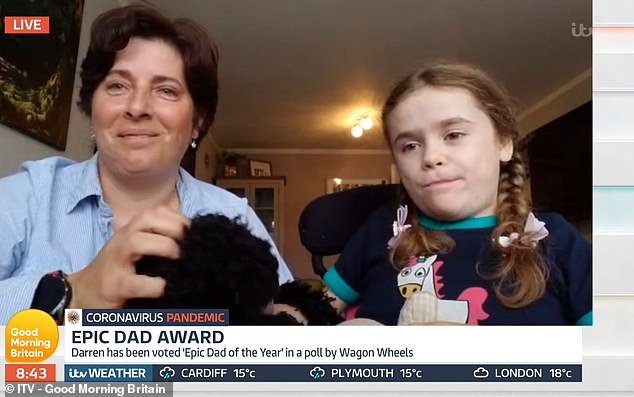 ‘It is absolutely amazing’, said Darren, ‘Just to be nominated for the final five was fantastic. But to win was an honour, i’m absolutely delighted.’

‘My little girl has a very rare form of muscular dystrophy and if she was to catch Covid it could be disastrous. We had to protect her as much as we could, me and my wife.’

The father remains living in his shed and says while he still can’t touch his daughter, they’ve been able to see each other from a safe distance to ‘play games and make up songs’. 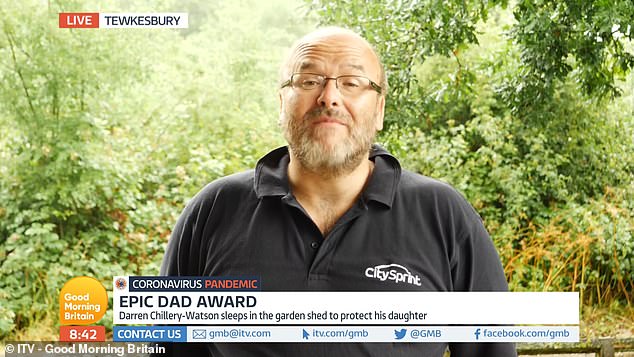 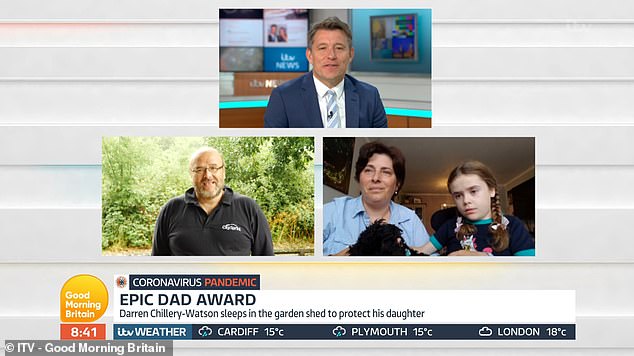 Darren, who is still isolating away from his family, told host Ben Shepherd (pictured) he was ‘absolutely delighter’ with the award

He told: ‘I am still separate, i’m still living in my shed. I see her on weekends, we still play and make up songs and have games. But we can’t have a cuddle or a high five, i’m still in the shed. ‘

Carmella insisted it was ‘amazing’ her dad won the award, describing him as ‘funny and silly’ and telling that despite not being able to physically touch, they say ‘I love you’ on other sides of the shed’s window.

Darren recently appeared on The Channel 4 documentary ‘Britain’s Unsung Heroes’, sharing his story and revealing the heart-warming bond the family have been able to maintain, despite their tough challenges. 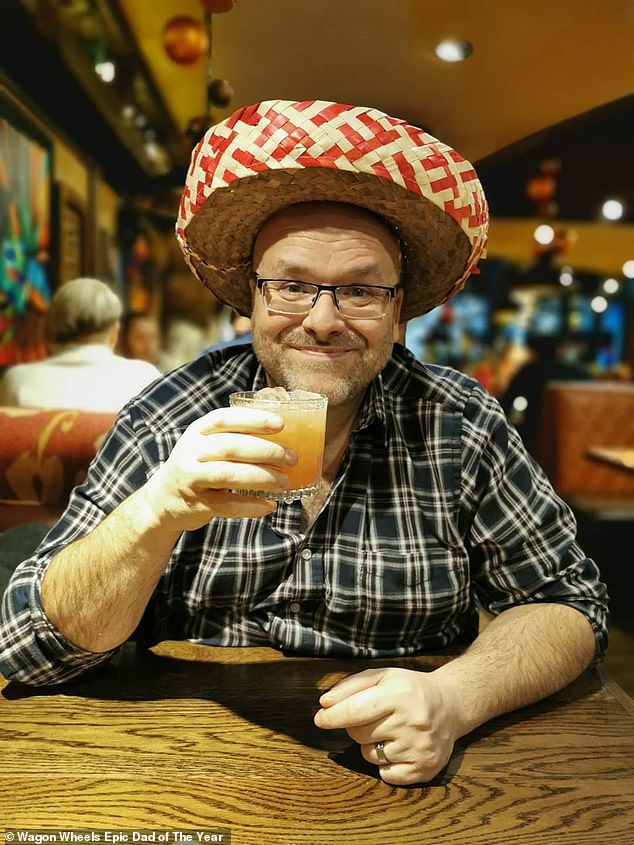 His wife Lucy insisted that her husband is an ‘amazing man’, explaining that the sacrifice is so large as their daughter’s condition is ‘unpredictable’.

‘But i’m so proud of him and for him to get recognition what he’s doing for his daughter; her condition is unpredictable. So hats off to him, he’s an amazing man.’