A French singer who was once accused of sending explicit messages to a teenager joked he picked is new girlfriend ‘during the sonogram.’

Jean Luc Lahaye, 67, made the joke during a joint interview on French TV with his partner, Paola Winckler, French magazine Tele Loisir reported.

Speaking on the French Channel Non Stop People, he introduced his girlfriend – believed to be in her 20s – for the first time, and joked about their age gap, saying he had ‘picked her at the ultrasound’ during her mother’s pregnancy.

Lahaye has been a controversial figure in the French cultural landscape, having been convicted of sexual abuse of a minor and soliciting another to send him naked pictures.

Meanwhile, Paola, who’s been dating Lahaye for the past four years, said her life with the singer is a’ great adventure.’

Jean Luc Lahaye, 67, who was found guilty of having sex with a minor in 2008 and of solliciting another minor for pictures in 2015, joked he picked his new partner, Paola Winckler during her ‘sonogram’

Speaking to the host Jordan de Luxe, Lahaye said: ‘Life’s made this way for men. Men have always prefered being with partners slightly younger than them. Especially artists.’

The father-of-two teenage daughters claimed at the time that the 15-year-old he’d has sex with had lied about her aged and claimed to be 19-years-old. 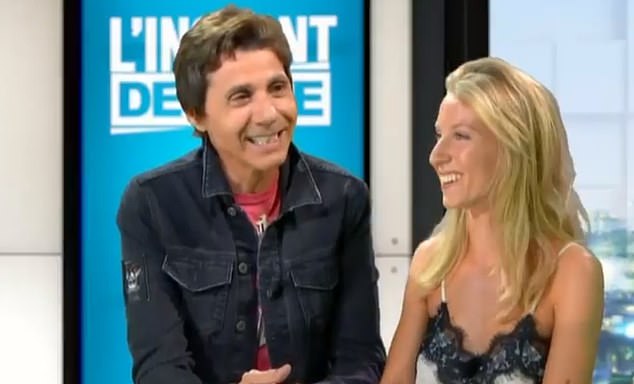 Lahaye spoke about his relationship with Winkler on French channel Non Stop People, where he said men always wanted to be with younger women 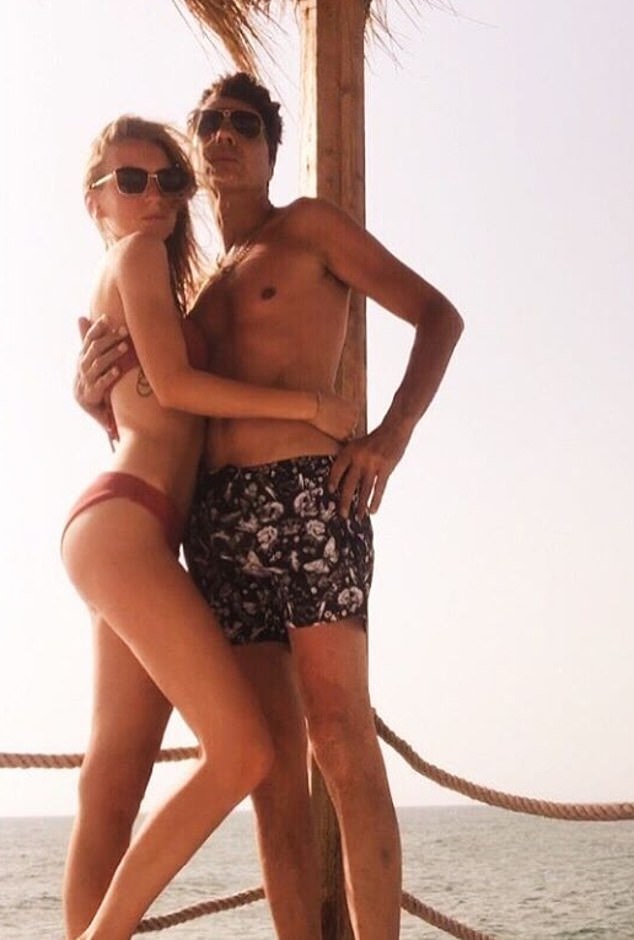 Thew couple have known each other since 2016. In 2015, Lahaye received a one-year suspended jail sentence for asking a minor to provide him with nude pictures and engaging in sex games over webcam

The unnamed victim had accused him of rape, but he insisted she had given consent, and was not charged for rape, instead standing accused of sexual assault.

In 2015, he was then found guilty of trying to corrupt a minor aged 14, and was sentenced to a suspended one year jail sentence on the condition he would not reiterate the offence.

It was revealed he had entered in contact with an unnamed 14-year-old fan on Facebook and had repeatedly asked her to send nude pictures of herself.

The singer also asked the teenager to participate in sexual games via webcam at the time. 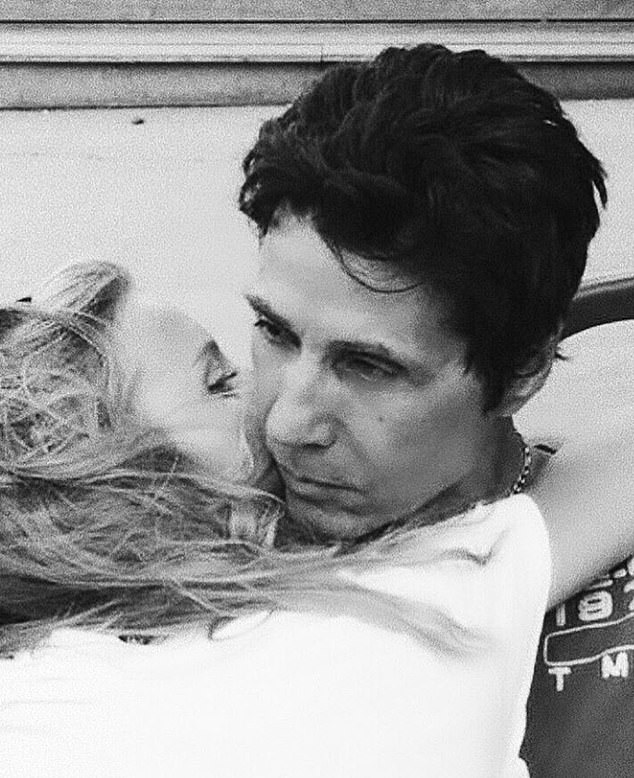 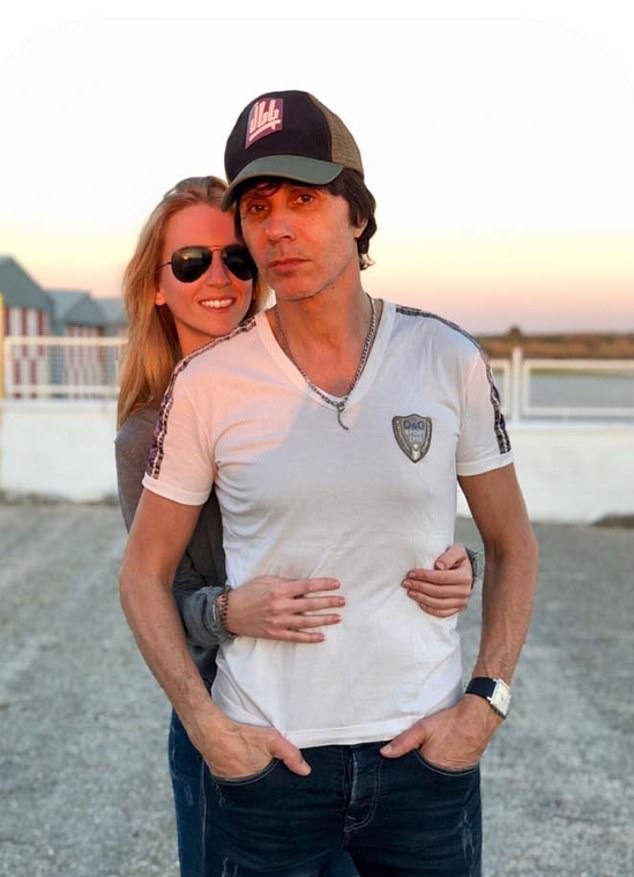 The singer, who was famous for his love songs in the 80s, have made repeated jokes about his taste for young girls in the past

He was found guilty of trying to corrupt a minor, but charges of posessing indecent imagef children were dropped.

The singer has been openly unapologetic about his taste for younger women in the past, often provoking public outrage in his country.

He told French magazine Le Nouvel Ob’s in 2016 that he would never be caught ‘walking in the street with a 60-year-old woman on his arm.’ 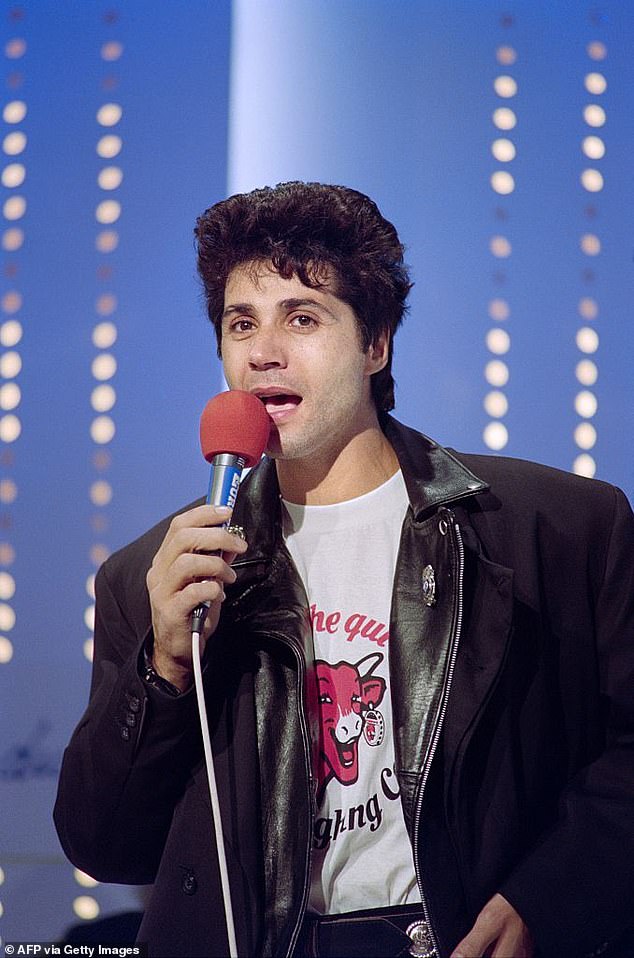 In 2016, the singer said he would never date a woman his age, and once joked his ‘girlfriends’ were ‘in high school’

In 2017, he got himself in trouble by joking about his taste for young girls in a video promoting the next tour he would be participating in.

The video had been made to promote Star 80, a series of concerts headlined by famed French singer of the 80s.

In the video, asked ‘why are you alone, usually you’re always surrounded by girlfriends,’ the singer could be heard joking ‘at this time, they must still be studying in high school for the baccalaureate.’

Popular in the 80s for his love songs, Lahaye now takes part in tours around France where he joined other stars from the 80s in concerts celebrating their biggest hits.