A 97-year-old great-grandmother who served as a corporal in the Women’s RAF during World War Two is one of the oldest women in the world to beat coronavirus.

Joyce Goldstraw, from Leek, Staffordshire, tested positive for Covid-19 after she fell ill on Monday 16 March.

The mother-of-three was admitted to Macclesfield General Hospital where she spent two weeks receiving treatment.

Hospital measures meant Joyce’s family could not visit her in hospital including daughter Kay who is visiting family in Australia. 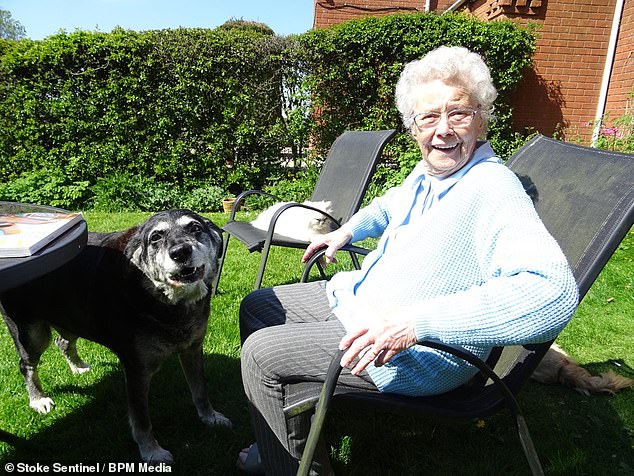 Joyce Goldstraw, from Leek, Staffordshire, has returned home to her flat, where she has lived for more than 30 years, after overcoming coronavirus

However, against all odds the near-centenarian made a miraculous recovery and returned home last week to her flat, where she has lived for more than 30 years.

She follows in the footsteps of 104-year-old Ada Zanusso, an Italian grandmother who has recovered, after also surviving the Spanish flu pandemic 100 years ago, and a Britain’s oldest survivor, 99-year-old great-grandmother Rita Reynolds.

Joyce, who has six grandchildren and seven great-grandchildren, was stationed at Tern Hill RAF airfield, in Shropshire, during the Second World War, working on Lancaster Bombers and the Spitfire aircraft.

And in later life she was a well-known face in many sports teams across the Staffordshire Moorlands, winning accolades in darts and crown green bowls teams from the 1960s until the 1990s. 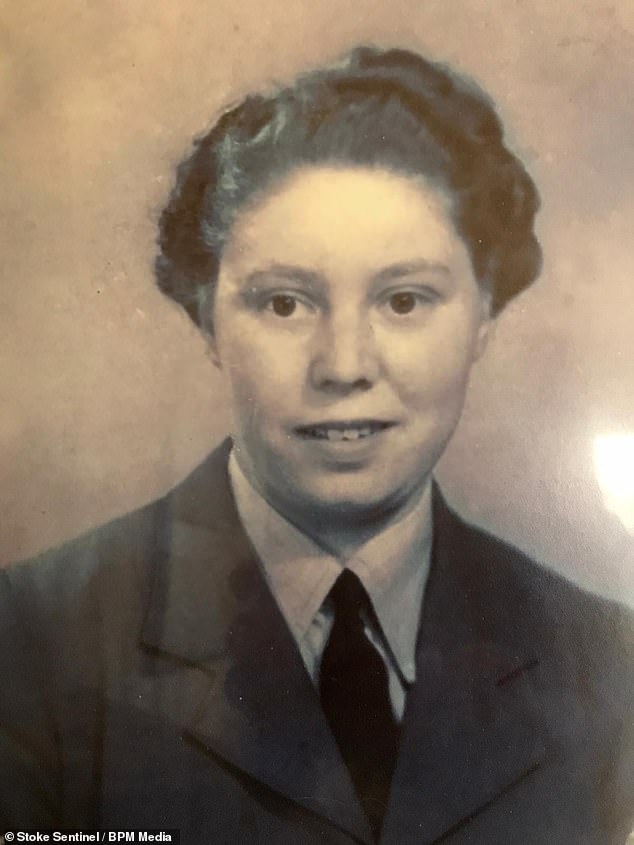 Joyce, who has six grandchildren and seven great-grandchildren, was stationed at Tern Hill RAF airfield, in Shropshire, during the Second World War

Now Joyce, who worked in several mills in Leek and ran The Waterworks Inn, now known as The Wheel, at Longsdon with husband Ken from 1957 to 1961, is back at home watching re-runs of past sporting events.

She has asked even asked relatives if England striker Harry Kane has shaken off his injury problems.

Her son John Goldstraw, who lives in Ipstones, said: ‘My mum has always been incredibly strong, but to have seen off the coronavirus is unbelievable.

‘Mum was a corporal in the Women’s Royal Air Force during the Second World War – something she is incredibly proud of to this day – and perhaps it’s that fighting spirit that has seen her through this latest battle.’ 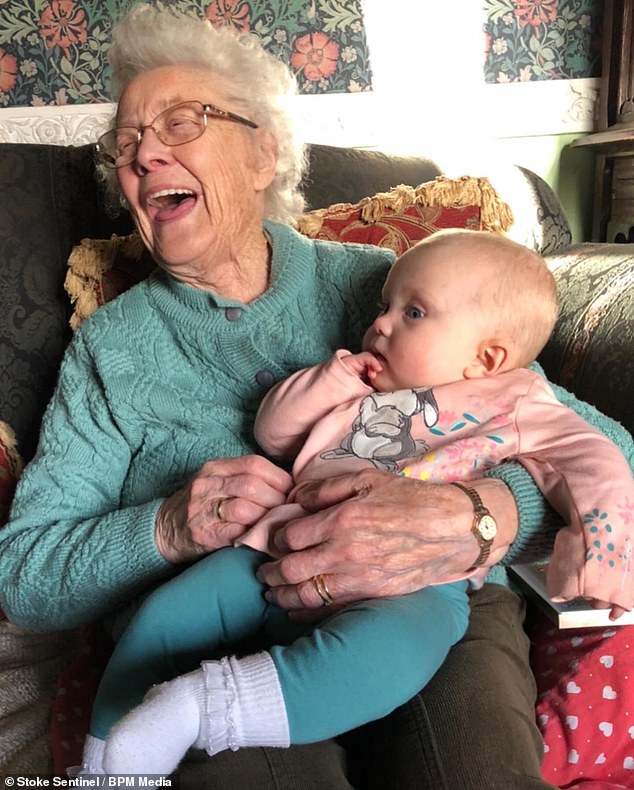 Joyce is now urging people to stay at home so that normality can be restored in time for her granddaughter Alice to be married in October. Pictured with her great-granddaughter

And with the country in lockdown, Joyce is now urging people to stay at home so that normality can be restored in time for her granddaughter Alice to be married in October.

Alice, who is 26 and lives in Berkshire, has planned her wedding at Weston Hall, near Stafford.

She said: ‘We are all so proud of Nana, she is an inspiration. It’s remarkable that a lady of her age has overcome the virus – and credit must go to the NHS staff who are putting themselves at risk to provide the care that people need.

‘We’re desperate to have her at our wedding, so please do as Nana says and listen to the latest advice.’