A home chef has described Aldi’s $6.99 spanakopita as the chain’s ‘best kept secret’.

Merna, from Sydney, shared a now-viral TikTok video showing the supermarket’s budget product she can’t get enough of from the freezer aisle.

In a glowing food review, she insisted the store-bought Greek savoury pastry tastes better than the traditional homemade version.

‘I’m going to share a little secret with you, and it’s this spanakopita from Aldi and it’s made in Greece,’ Merna said. 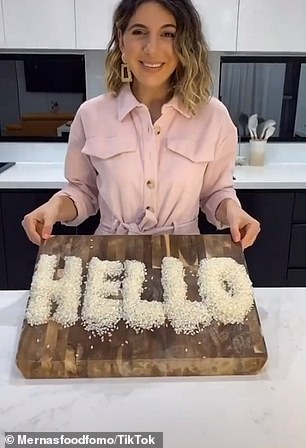 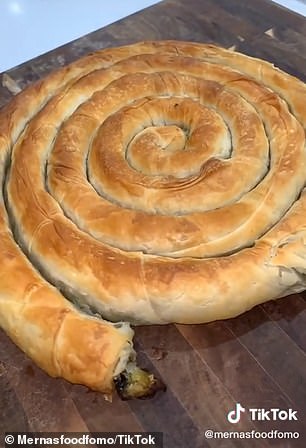 She said the instructions to bake the pastry is ‘so easy’ to follow.

‘I start of by pre-heating my oven, fan forced at 180 degrees Celsius. And then you take the spanakopita out [of the box], leave it in the aluminium tray, pop it into the oven. It’s going in for about 40 minutes,’ Merna said.

‘Honestly, this is Aldi’s best kept secret. I usually hoard boxes of these.

‘It’s beautiful, buttery and crunchy on the outside, and you’ve got this gorgeous spinach and ricotta mix on the inside, it’s so fun to eat.

‘This is one of those rare times I think store bought is so much better than homemade… Anyway, you’ll thank me, trust me. Yum…’ 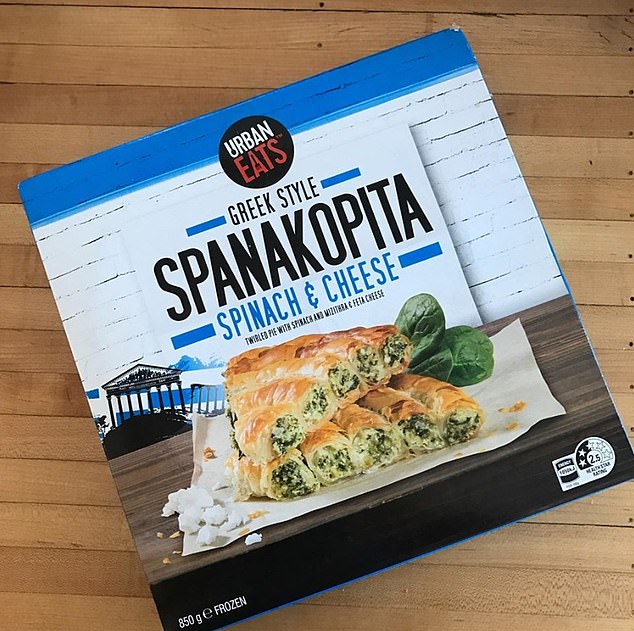 In a glowing food review, she insisted the store-bought Greek savoury pastry tastes better than the authentic versions made at home 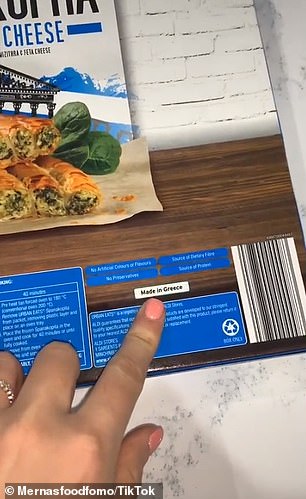 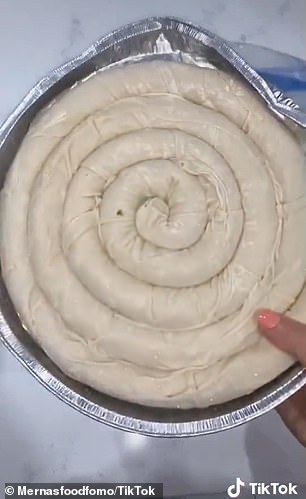 She said one of the best parts about the product is that it’s made from Greece, where the savory pastry, made with spinach and feta cheese filling, originated from 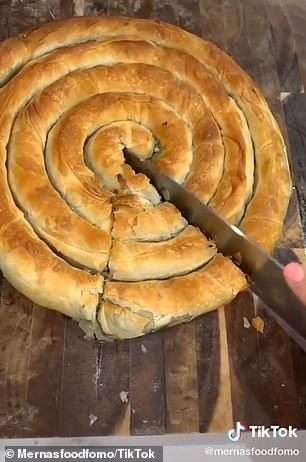 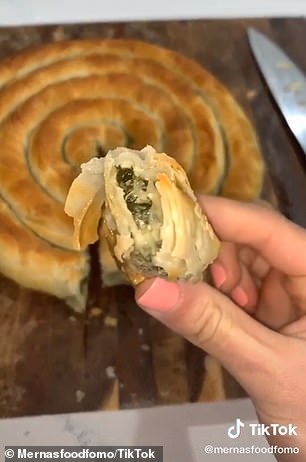 She said the spanakopita is ‘beautiful, buttery and crunchy on the outside, and you’ve got this gorgeous spinach and ricotta mix on the inside’

Her video has since been viewed more than 37,000 times, with many claiming it tastes just as good as the authentic spanakopita.

‘They are the best. Not worth me making,’ one said, while another added: ‘I buy these all the time, best I’ve had and great price.’

Another woman claimed: ‘I sprinkle sesame seeds on top and pretend I made it.’

Other fans responded to her post, with one person saying: ‘Why did you show this? Everyone is going to take them now,’ while another added: ‘Don’t tell everyone.’

Merna responded, saying: ‘ Too late. But they are too good not to share, I want everyone to enjoy them.’

Many said they struggle to get their hands on the product because they always sell out as soon as it hits the freezers.

‘I love it. But it’s so hard to find them in the Aldi stores near me. They are delicious,’ one person said, while another added: ‘It’s the best but it sells out almost as soon as it hits Aldi freezers.’