An Australian mum has shared how she makes the ‘perfect’ smooth and lump-free mashed potato for her family for dinner.

Rather than using a potato masher, whisk or a fork, Kellie, from Tasmania, revealed she uses a handheld electric mixer.

Kellie posted a photo of the appliance in action to the Mums Who Cook, Clean and Organise Facebook group which sparked a conversation among other mums.

‘Perfect mashed potato every time! Does anyone else do this?’ she said online. 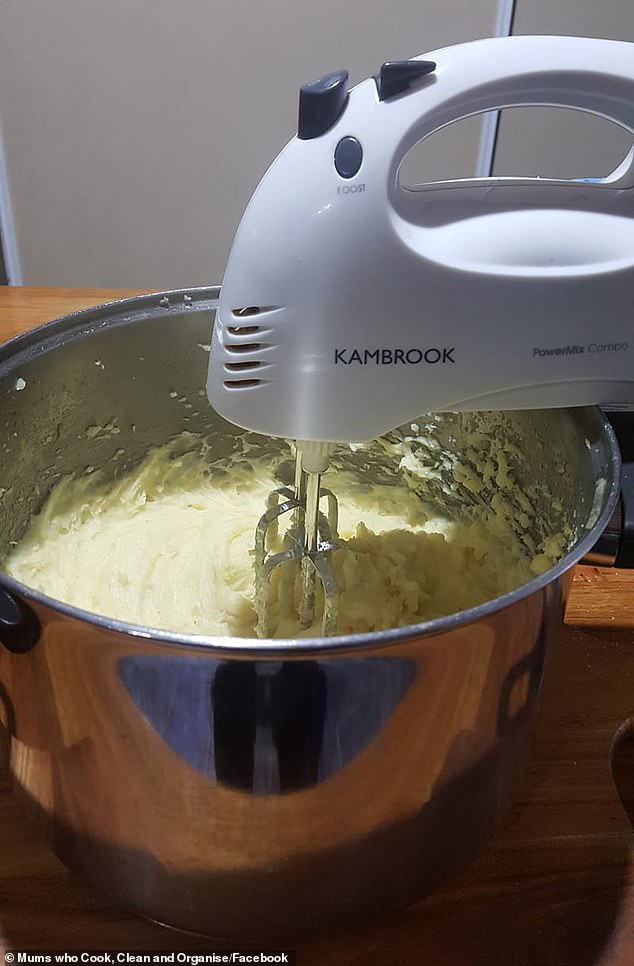 Rather than using a potato masher, whisk or a fork, Kellie, from Tasmania, revealed she uses a handheld electric mixer (pictured)

Kellie said using the mixer takes minimal effort and only takes one minute to use.

More than 400 people commented on the post, some of which hadn’t thought to try this before – while others have been doing so for years

‘Oh wow never thought of this! Will try it out next time,’ one woman said, another added: ‘I’m so glad I’m not the only one [who does this]!’

‘Been doing it this way since I moved out of home in 1997,’ another added. 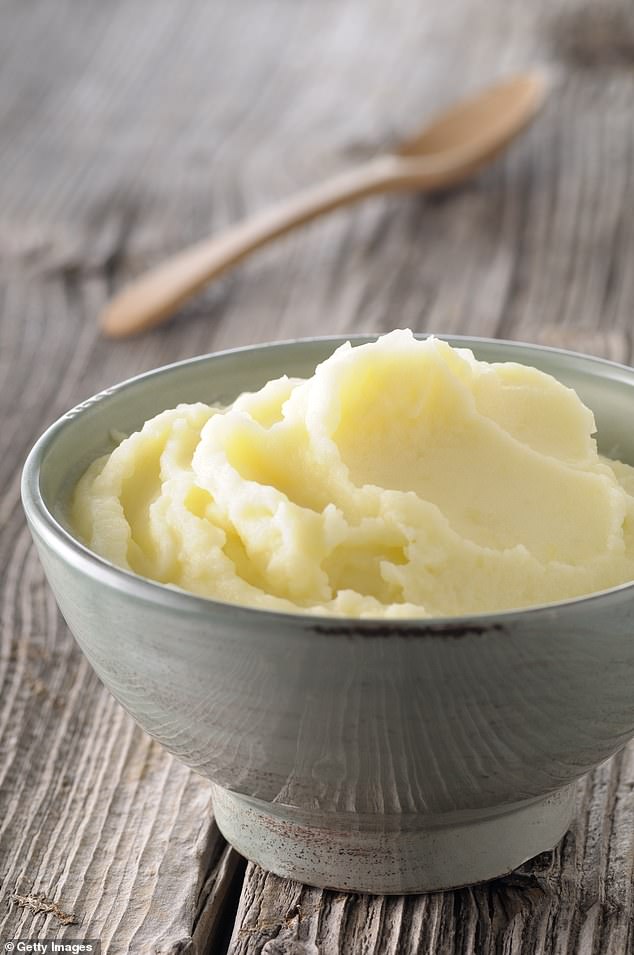 More than 400 people commented on the post, some of which hadn’t thought to try this method before – while others have been doing this for years

Some also shared their own unique tactics and recipes to creating the perfect mash potatoes at home.

‘I use a Nutribullet!’ one person said, another added: ‘[I use] sweet potatoes and instead of milk or butter we use Ranch dressing.’

A fourth said she prefers to use a blender and also adds cauliflower to the potatoes too.