Kendall Jenner sparked controversy last year with her comments about being selective of shows she would walk in during New York Fashion Week, and now the model has revealed why she chose to sit out completely this current season.

The 23-year-old model is the face of brands like Stuart Weitzman and Longchamp, and despite the fact Longchamp held a fashion show over the weekend for Fashion Week, Kendall opted against walking in it.

‘It’s a lot more mellow to just go,’ Kendall told Vogue about her decision to be an attendee for the Spring/Summer 2020 shows. 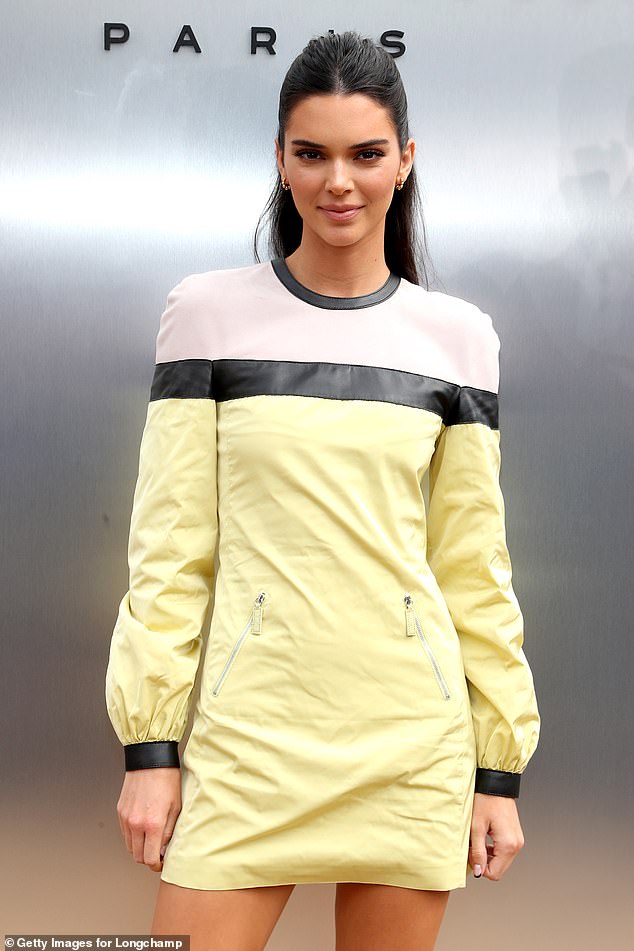 Taking a breather: Kendall Jenner, 23, (pictured on Saturday) told Vogue she was having a ‘mellow’ New York Fashion Week by choosing to sit front row instead of walking in any shows 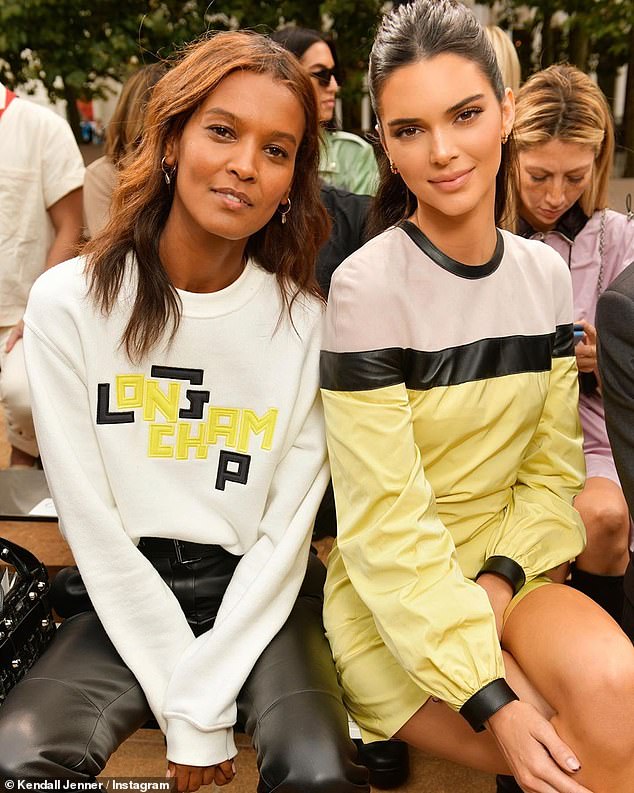 Showing up: She showed her support during the Longchamp fashion show, a brand she is the face of, on Saturday by sitting front row but decided against walking in it 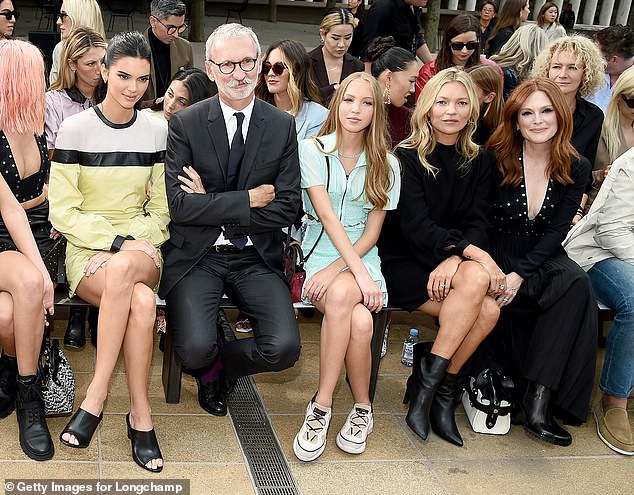 Prominent seat: ‘It’s a lot more mellow to just go,’ Kendall told Vogue about her decision to be an attendee this season

She added: ‘But I won’t lie, today I was missing it. I was watching the girls and I was like, “Damn, I kind of want to walk.”‘

Kendall attended the Longchamp fashion show on Saturday and instead sat front row while she watched other models flaunt the new collection.

Her outfit showed support for the brand, though, as she modeled a sporty long-sleeved yellow dress, which is one design in Longchamp’s upcoming collection.

After the show, Kendall even heaped on the praise for the brand on the new clothing.

‘I loved it, I think it was one of my favorites,’ Kendall told Vogue about the runway show. ‘It was really cool, chic, and bright — it had a happy energy to it.’

Despite choosing to not walk in any show for the current Fashion Week, Kendall said she still enjoyed the atmosphere of New York Fashion Week.

‘I love New York,’ she said. ‘All the Fashion Weeks, everyone gathers together for each one, but for this one specifically, it’s those people and then some. It’s so fun, and everybody is ready to have a good time.’

Kendall would not answer if she would be walking in any shows for Milan or London Fashion Week, but she has previously walked for brands including Ralph Lauren, Marc Jacobs and Jeremy Scott.

This time last year, Kendall faced backlash for her comments about being selective of fashion shows she would walk in for Fashion Weeks.

‘Since the beginning we’ve been super selective about what shows I would do,’ Kendall told Love Magazine last August. 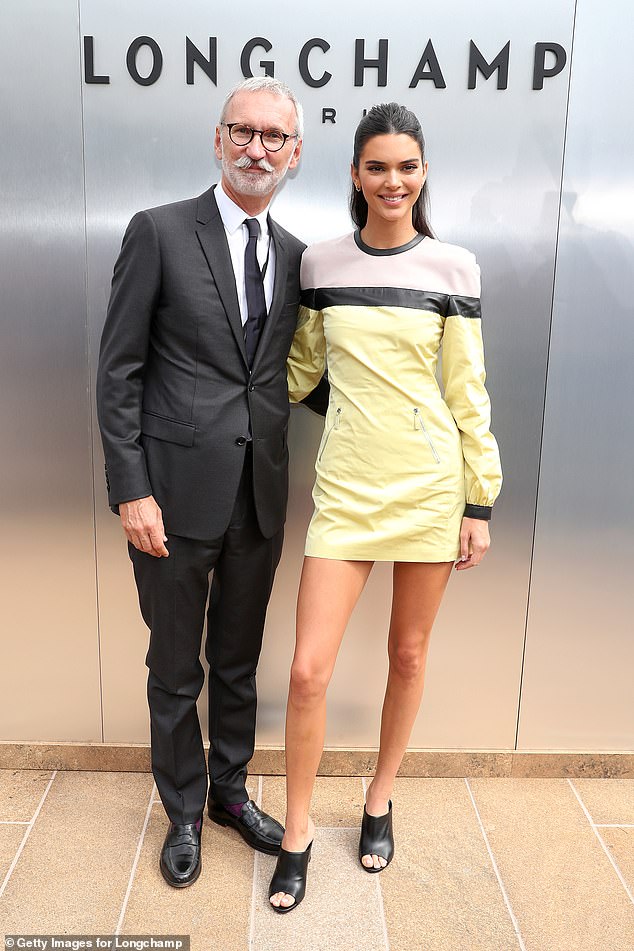 Supportive: Kendall, pictured with Longchamp CEO Jean Cassegrain, confessed she was ‘missing it’ after watching other models walk in fashion shows

Selective: Kendall did not participate in many shows during fashion month last season, and only walked in a handful, including the Versace show at Milan Fashion Week (pictured)

‘I was never one of those girls who would do like 30 shows a season or whatever the f**k those girls do. More power to ‘em.

‘But I had a million jobs, not only catwalks but everything else. The whole combination was very overwhelming and I started to freak out a little bit and needed to take a step back.’

These comments faced backlash from many models in the industry who thought Kendall was showing her privilege, in terms of finances, to be able to turn down jobs easily. 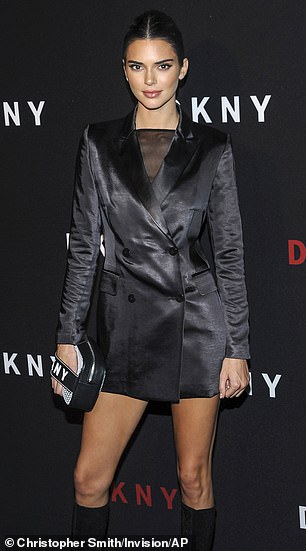 Previous backlash: This decision comes after Kendall (pictured Monday) faced backlash one year ago for comments about being picky on what jobs she would take during Fashion Weeks

Kendall later responded to the backlash on Twitter, saying she was ‘misrepresented’ by the publication.

‘I was misrepresented in a recent interview over the wknd & it’s important to clarify the meaning,’ she wrote, adding: ‘It was intended to be entirely complimentary but unfortunately, my words were twisted & taken out of context. I want to be clear. The respect that I have for my peers is immeasurable!

‘I get to experience first hand their tireless commitment, their work ethic, the endless days, the lack of sleep, separation from family and friends, stress of traveling, the toll on physical and mental health, yet they still make it all look effortless and beautiful.’

She continued: ‘I’m inspired by so many of these people i have had the good fortune to work alongside! There’s no way i could EVER hate on that.’

Previously, it was revealed by momager Kris Jenner that Kendall sometimes suffers from anxiety about fashion shows, which could’ve sparked her decision to sit this week out.

‘Kendall struggles from anxiety and I think she has so much going on that she gets herself really worked up,’ Kris explained in February 2018 during an episode of Keeping Up with the Kardashians. ‘Kendall gets the most anxious during Fashion Weeks and when she’s traveling a lot. Milan is coming up and trying to juggle it all is overwhelming.’

The reality star has made an appearance at multiple prominent events during New York Fashion Week, including the Longchamp fashion show and DKNY 30th Birthday Party event.

Whether she will appear on the runway later this month remains to be seen.

EASY MAKEUP TUTORIAL FOR BEGINNERS/LOTS OF TIPS AND INFO