In one of four snaps posted to the Palace’s Instagram account, the Duke of Cambridge, 37, can be seen playing with The Duke of Sussex, 34, and cousins Peter Phillips, 41, and Zara Tindall, 38, in the yard of the Old Fire Station in the grounds of Sandringham House in 1988.

Donning fireman helmets and hopping aboard a fire engine, Prince William and Prince Harry can be seen wearing light blue coats, as Peter dons a brown tweed jacket and pretends to take to the wheel.

Meanwhile, Zara can be seen ringing the gold bell as the late Princess Diana watches the fun unfold in the background. 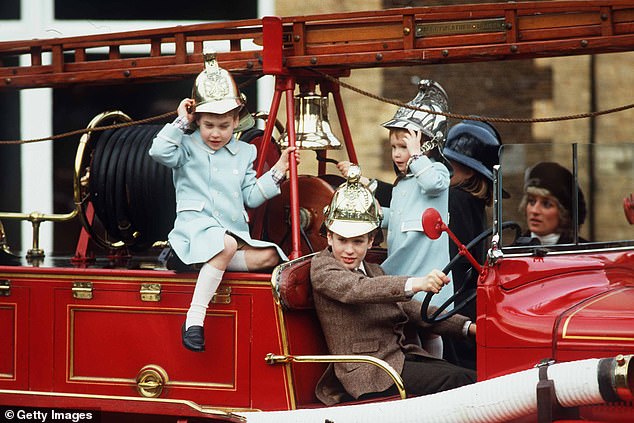 Kensington Palace shared an adorable throwback snap of Prince William, Prince Harry and Peter Phillips and Zara Tindall playing on a fire engine at Sandringham on January 3, 1988 in Sandringham, England (pictured). The late Princess Diana can be seen in the background 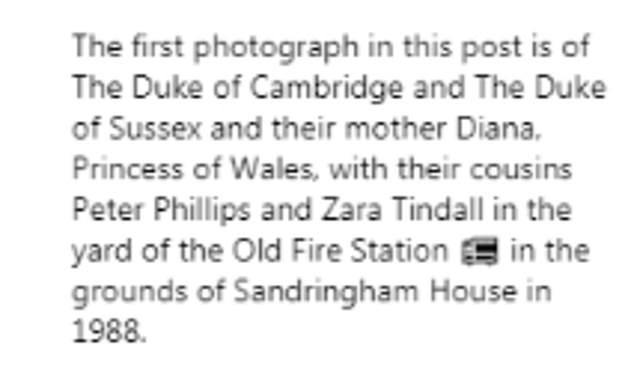 In the post, the caption explains that the first of the four photographs was taken in the yard of the old fire station in the grounds of Sandringham House in 1988  (pictured)

The pictures were uploaded alongside a caption which reads: ‘Today marks #999DayUK, when we celebrate and say thank you to our incredible Police, Fire and Emergency Medical services and all our specialised emergency services for all that they do to keep us safe.’

In a second snap, the Duke of Cambridge can be seen meeting fire-fighters during a visit to the Westway Sports Centre, which provided temporary shelter for those who were made homeless in the Grenfell Tower disaster, in west London on June 16, 2017.

The third photograph was taken during the Duke’s visit to the Royal London Hospital for London’s Air Ambulance 30th anniversary celebrations on January 9.

Meanwhile, the fourth shows the royal at the Metropolitan Police Service passing out parade alongside chief superintendent Penny Banham at Peel House in Hendon on 3 November, 2017. 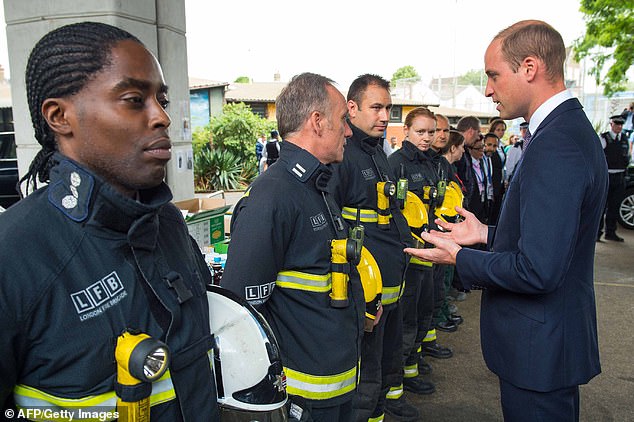 The Duke of Cambridge also shared a photograph when he met  fire-fighters during a visit to the Westway Sports Centre which is providing temporary shelter for those who have been made homeless in the Grenfell Tower disaster, in west London on June 16, 2017 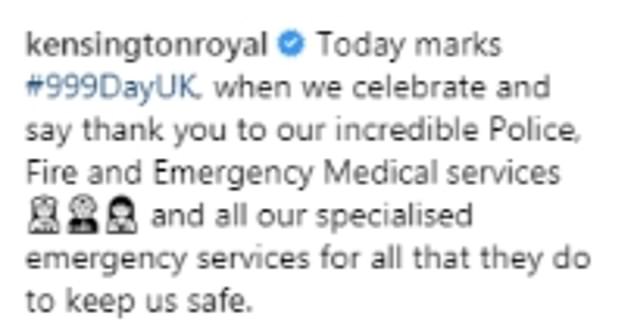 The caption continued: ‘On the extraordinary work of our emergency services, The Duke of Cambridge said: “As a society, we owe our wellbeing, and indeed our lives, to the men and women in our emergency services who work tirelessly to protect us in some of the most difficult circumstances.’

‘It is only fitting that we should recognise the vital role that they play, and pay tribute to the bravery and dedication of those who have made the ultimate sacrifice for their communities.’

The Instagram post comes shortly before the father-of-three is expected to arrive The Fire Fighters Charity’s Harcombe House centre in Devon today.

During his visit, the Duke will hear about the support the charity provides to members of the UK’s fire and rescue services and their families.

His Royal Highness will also meet representatives from the wider emergency services community during the visit to mark Emergency Services Day.

999 Day aptly begins annually at 9am on the 9th September (the 9th hour of the 9th day of the 9th month) and is held to pay tribute to the invaluable work that is carried out by the emergency services and responders. 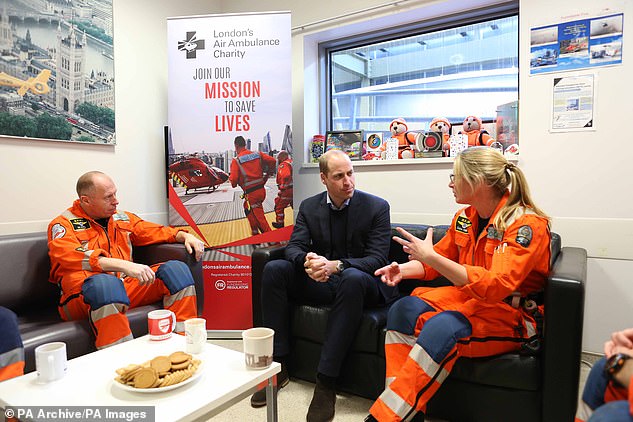 Among the four snaps showed Prince William during a visit to the Royal London Hospital for London’s Air Ambulance 30th anniversary celebrations on January 9, 2019 (pictured) 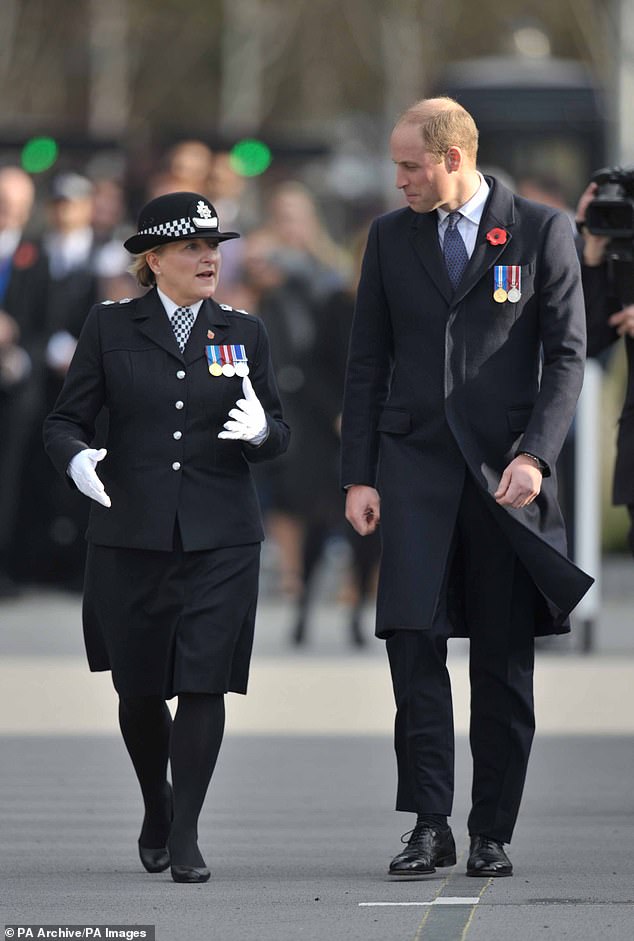 The final picture uploaded shows The Duke of Cambridge attending the Metropolitan Police Service passing out parade alongside chief superintendent Penny Banham at Peel House in Hendon on 3 November, 2017