Sex and the City star Kristin Davis has revealed that she was nervous before making her appearance in Friends, as she said she was struck by the close bond the cast of the sitcom shared.

The 54-year-old actress, best known for playing Charlotte York Goldenblatt on HBO’s hit series Sex and the City, opened up about her experience on the show, revealing that she ‘lost sleep’ and was ‘nervous’ about playing the role of Erin – a woman who briefly dated Joey.

‘I remember losing sleep,’ the Colorado-native said, adding that she was ‘blown away’ by the cast’s ‘confidence level and their synergy as a group’. 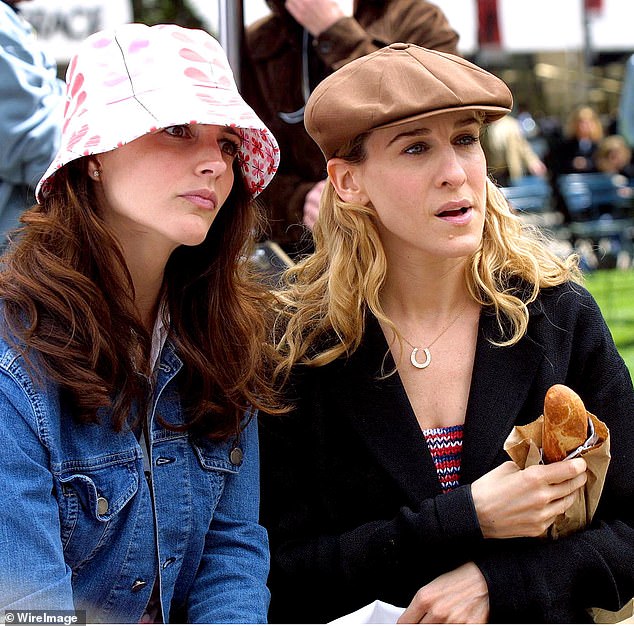 Opening up: Sex and the City star Kristin Davis (L) has revealed that she was nervous before making her appearance in Friends, in which she briefly played a character named Erin 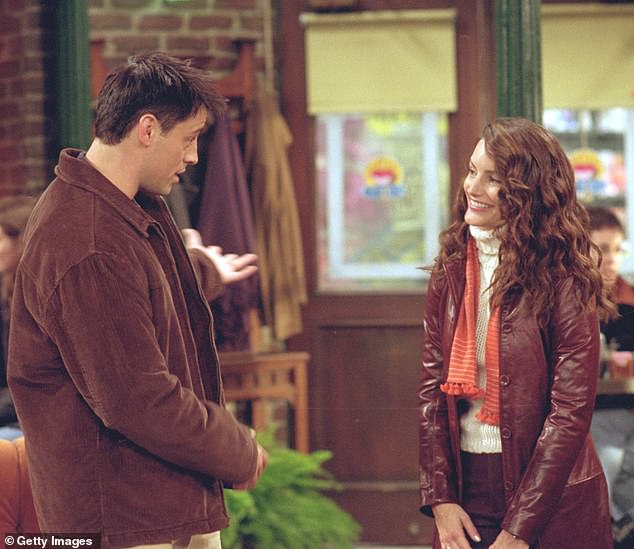 Experience: Pictured in the episode, the 54-year-old said she ‘lost sleep’ as she was nervous to be in the show, and that she was worried that she might not fit in to the ‘world’ of the show 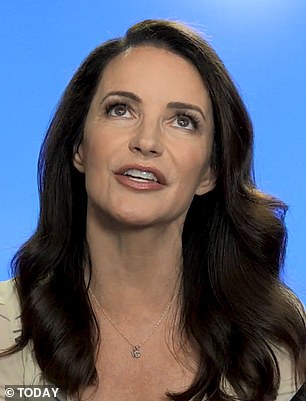 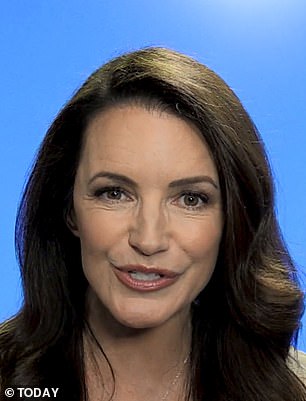 Reminiscing: Kristin added that she ‘learned a lot’ from watching the six main cast members and their close friendship and connection while working on set

Speaking to Today as Friends celebrates its 25th anniversary this year, Kristin said Sex and the City has just concluded its third season when she appeared on Friends.

Her character, Erin, was a woman who appeared on the show in during an episode called ‘The One with Ross’s Library Book’, which aired in November, 2000.

In the episode, Rachel and Phoebe were more eager for Erin to date Joey than she was herself, and they ultimately parted ways.

And although she took on a minor role in just one episode of the hit comedy show, Kristin said she was nervous to do so.

‘I remember losing sleep,’ she said. ‘Sex and the City was in production, but I was nervous to be the tiny character of Erin, losing sleep, partly because of the live audience, but partly because you’re in this world that has been created that is so alive and so specific and you’re trying to make sure you’re fitting yourself in there properly.

‘And I remember, like, “Will I set that joke up OK? Will Matt (LeBlanc) be happy? Will I just go blank?”

‘Things go through your head when you’re in those situations that are heightened like that. Obviously it was the highest of the high at that point,’ she added.

And despite the fact that she knew some of the cast members before working with them on Friends, she was struck by their close bond. 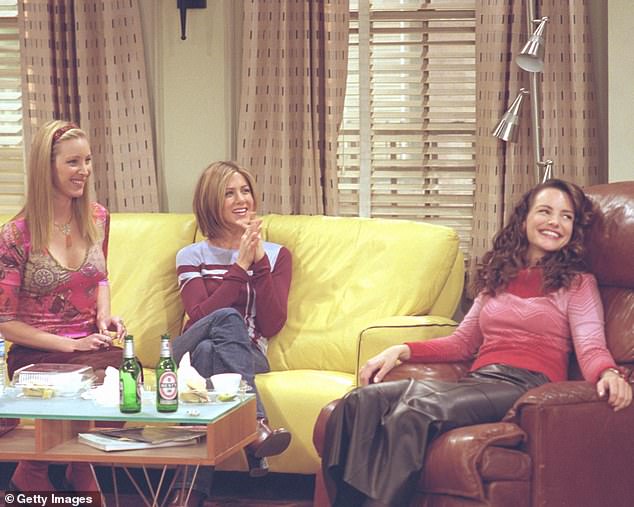 Praise: Pictured with Lisa Kudrow (L) and Jennifer Aniston (center), Kristin said she was struck by the close bond each of the cast members shared 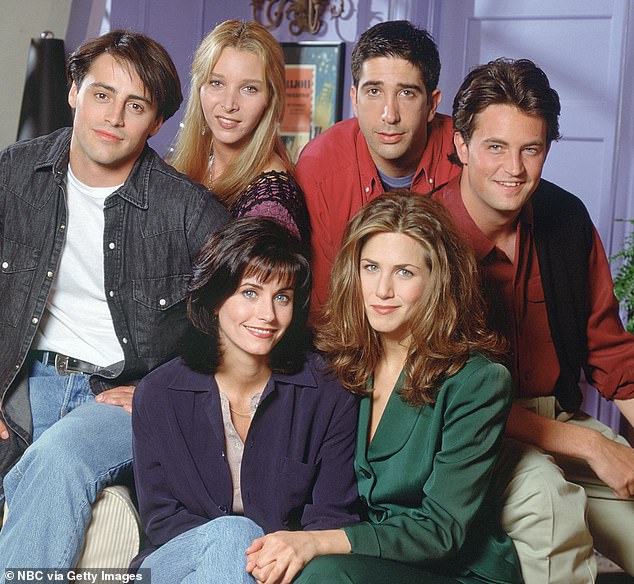 Impressed: ‘I remember being blown away by their confidence level and their synergy as a group,’ she said, adding that she realized ‘they just knew what they were doing’

She explained: ‘I think the thing I remember most was the cohesion between the cast and the fact that they were somewhat besieged by the success from the outer world and they had kind of bonded together as a group.’

Kristin added that she ‘learned a lot’ from watching them and their close friendship and connection while working on set.

The actress said that when she was filming E.R., the filming studio for which was located in the same place as the Friends set, she watched the Friends’ cast rehearsing a scene one day.

I remember being blown away by their confidence level and their synergy as a group.

She said: ‘When I was on E.R, which was the first season, Friends was doing an episode that was one of the iconic episodes, where they played poker.

‘And George (Clooney) and I went over to watch at lunch and we sat up in the stands and watched them rehearse and it was so funny and amazing.

‘And James Burrows was directing, whom I love so much, and to watch that show and then see that show on the air and to see that chemistry that the cast had come together.

‘They were so on it in terms of their voices and their characters and the beats, and they just knew what they were doing, and I remember being blown away by their confidence level and their synergy as a group,’ she added.

And while Kristin enjoyed being part of a group that worked well together and had a connection both on and off screen, life on the Sex and the City set was perhaps a slightly different experience. 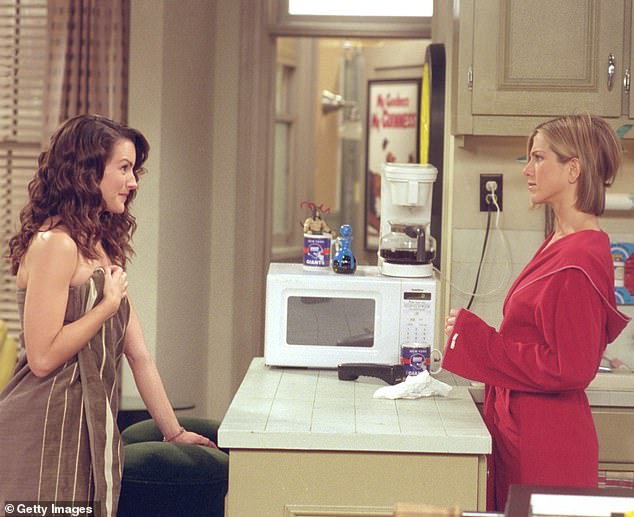 Memories: Pictured with Jennifer Aniston (R), Kristin said it seemed like the cast was ‘besieged by the success from the outer world’ and they they ‘bonded together as a group’ 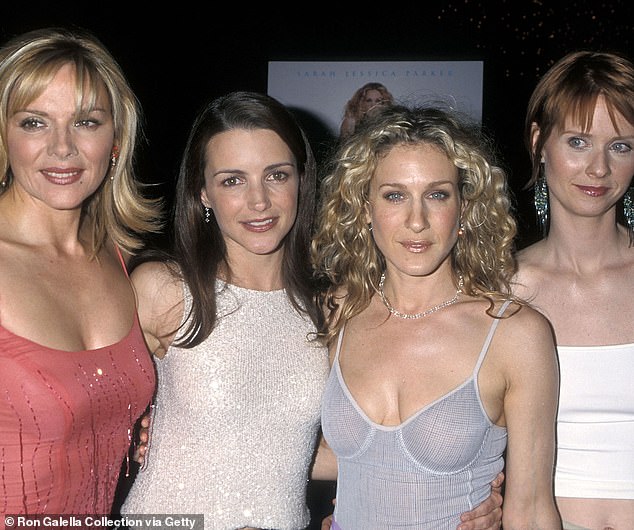 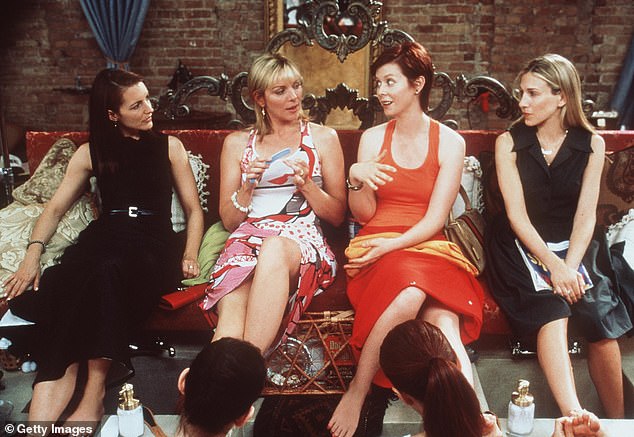 Feud: Rumors of an ongoing feud between Sarah Jessica Parker (R) and Kim Cattrall (second left) have been circling for years

Rumors of an ongoing feud between Sex and the City cast members Sarah Jessica Parker and Kim Cattrall have been circling for years.

During an interview with Piers Morgan in October, 2017, 62-year-old actress Kim said she and her former cast mates have ‘never been friends’.

‘And, in some ways, it’s a very healthy place to be because then you have a clear line between your professional life and relationship and your personal life,’ Kim, who also refused to take part in a third movie, said.

During the interview, she shut down any rumors that a third movie wasn’t being made because of her being ‘demanding or a diva’.

Instead, the actress said it was simply ‘an empowered decision in my life to end one chapter and start another’.

Recalling one of her favorite memories on the set of Friends, Kristin said watching Lisa Kudrow, who played the part of Phoebe Buffay, rehearsing was memorable.

‘I remember watching Lisa Kudrow especially, because she had this very involved story line that she wanted to work on, and the way that she worked with the writing staff,’ she said. 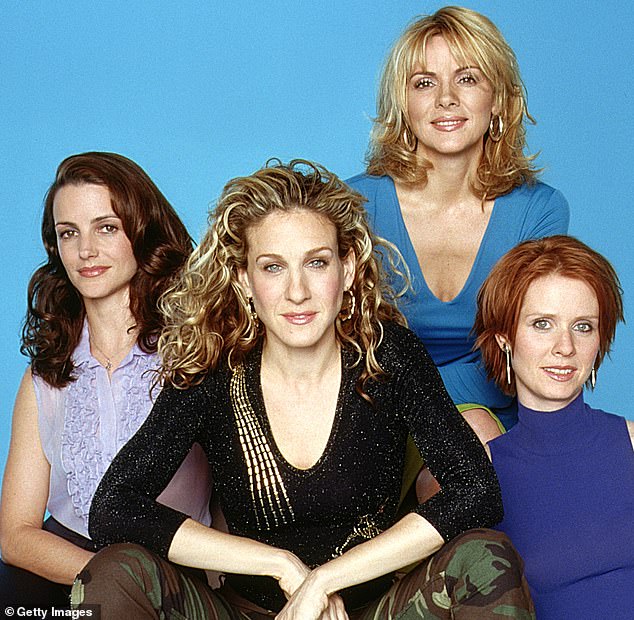 Sad: During an interview with Piers Morgan in October, 2017, Kim (second right) said she and her former cast mates have ‘never been friends’ 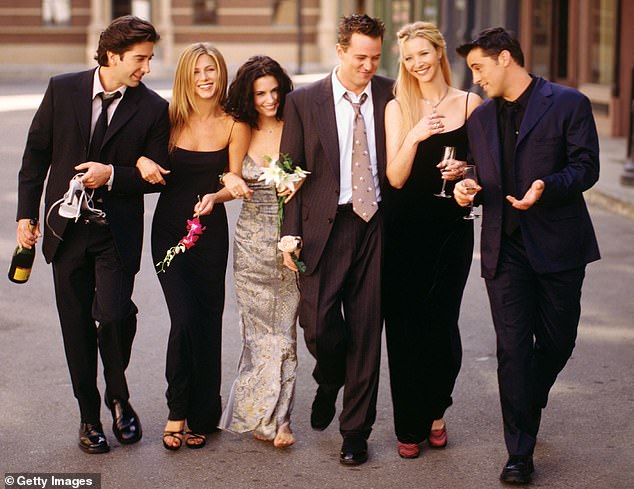 Magic: ‘Each one of them was so talented in their own way and the group came together in that magical way that you can never really make happen,’ Kristin said of the Friends cast

‘But watching Lisa rework her character’s arc or what was happening in that episode was really something that I hadn’t really seen in that way where someone who obviously knew her own power and knew what was right and knew what was funny – because there’s no one funnier than Lisa Kudrow – really went and reworked it in a way that was amazing,’ Kristin said. 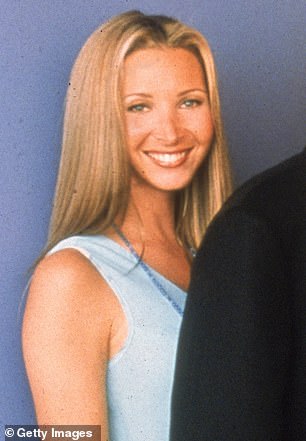 Inspiring: Kristin said one of her fondest memories on the show was watching Lisa Kudrow (pictured) working with the writing staff during a rehearsal

Kristin went on to say that she believes the sitcom is ‘brilliant’, as she praised the writers and actors.

‘You can watch it and sure, the hairdos are different – it’s funny to think back at how big the hairdo situation was at the time – but it’s very ‘90s and yet the writing, the acting, it still has everything a classic comedy has, the same way Lucille Ball or Mary Tyler Moore did.

The American sitcom ran for ten years, beginning in 1994 and concluding in 2004.

The show had a total of ten seasons, each of which had approximately 20 episodes that followed the funny adventures a group of friends who lived together in New York City.