An ingenious mother has taken to social media to share a clever life hack which enables her to achieve perfectly slim slices of cheese.

Chloé Burton, believed to be from the UK, took to the Facebook group Extreme Budget DIY & Life Hacks to demonstrate how she used a potato peeler to cut a block of cheese.

She added that it took a ‘fraction of the time’ it takes her to slice up cheese using a knife.

The social media user, who claimed the hack worked an ‘absolute treat’, wrote: ‘Probably my daftest moment ever however works an absolute treat. Use a peeler to slice your block of cheese! 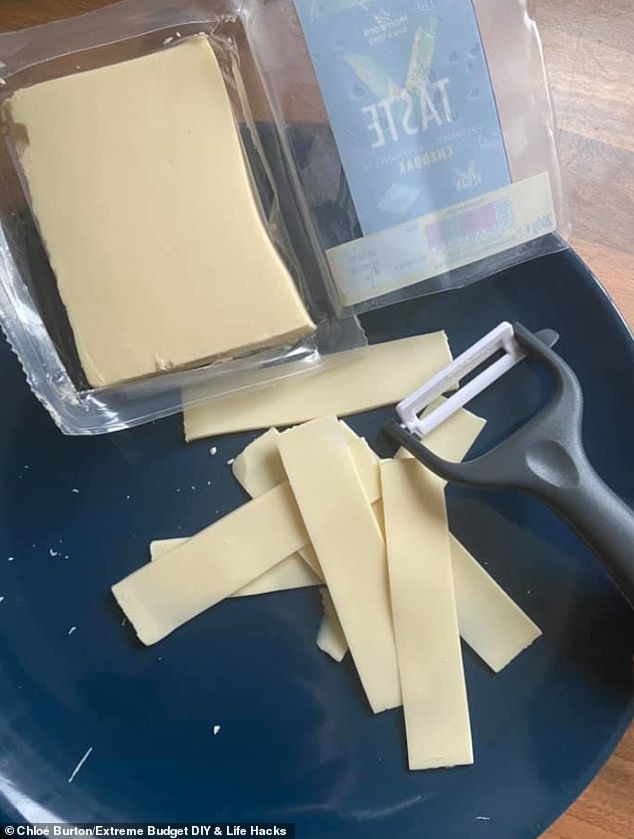 ‘Perfectly slim slices of cheese in a fraction of the time it takes me to use a knife #Lifehack.’

Chloé added an amusing disclaimer, writing: ‘I cannot be held legally responsible for any excess consumption of cheese that occurs as a result of trying this method out.’

Following the post, members of the group rushed to praise the useful trick, with one hailing the mother a ‘genius’.

One user asked: ‘Why have I never thought of this?’

Another person commented: ‘Love it. Have been looking for something to slice cheese.’ 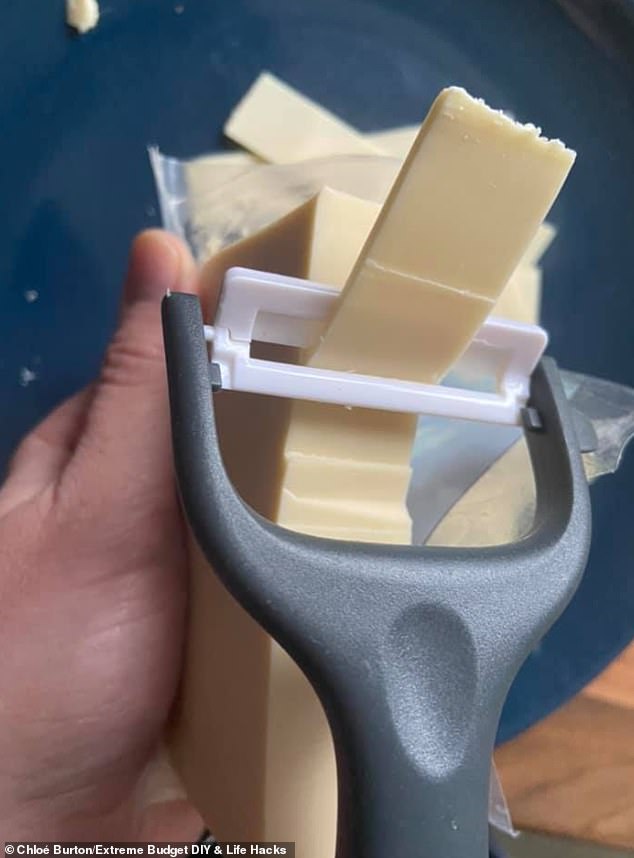 The hack, which saw the social media user achieve ‘perfectly slim slices of cheese’, was labelled an ‘absolute treat’ by the mother

After sharing the hack, social media users rushed to the platform to praise the mother for her technique

And one member of the group exclaimed: ‘This is genius!! How have I never thought of this?’

Elsewhere, other members of the DIY group said the hack was nothing new as they had been using the tool to slice cheese for years.

‘Used this for years to slice cheese. I didn’t realise it wasn’t a thing,’ one wrote.

Another Facebook member commented: ‘Always done this… ends up with a chunk of the cheese breaking off eventually.’

And one added: ‘My family has been doing this for years. I just assumed everyone did too.’