A mum has been slammed for giving her two sons too many toys, after she posted a picture of their messy play room and revealed it took her four hours to clean.

The Australian mum posted two photos of her four and five-year-old sons’ toy room, one with stuffed toys and trucks piled all over the floor and another where everything is back in place.

And while many mums on the popular social media page commented to tell her she had done an ‘amazing’ job cleaning the mess, not everyone was supportive. 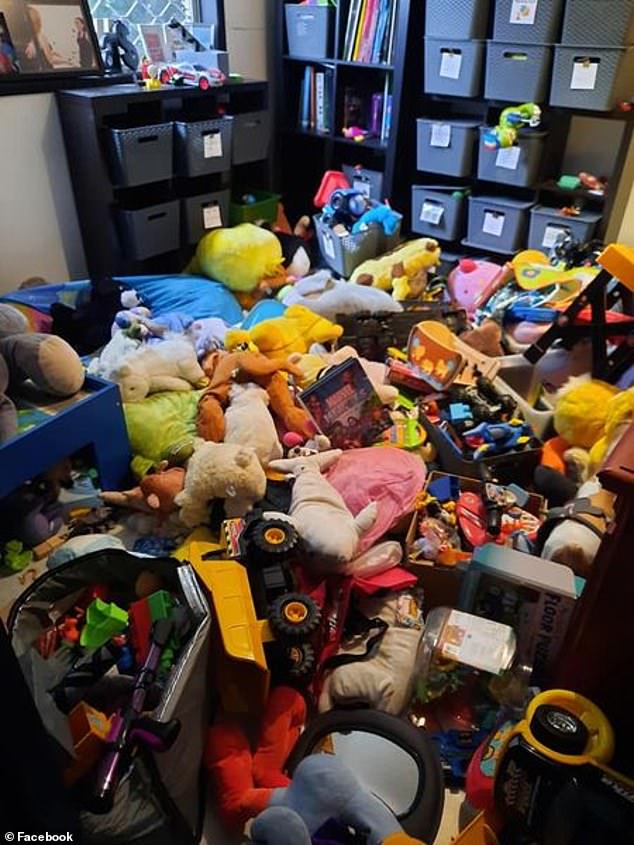 A mum has been slammed for giving her two sons too many toys, after she posted a picture of their messy play room and revealed it took her four hours to clean

‘Three words: Too much stuff,’ said one mum.

‘It is so easy to gather junk and it is bad for the planet, we really don’t need all that much,’ she continued.

‘There’s a lot in there can you cull any of it to make it easier on yourself and the kids for future,’ one mum asked.

‘Ditch all toys that aren’t used to the op show,m. Some other child would appreciate the toy. Before birthdays and Christmas I make my kids voluntarily go through their toys and gift them to the kids who need them,’ said another mum.

Others agreed there was too much mess, but were kind with their comments.

‘Awesome job, I would lose it if I had to do that, mummy would be raging,’ one mum said.

‘Wow you did great, perhaps the kids need to downsize some of their toys so mum doesn’t have such a big job next time.’ 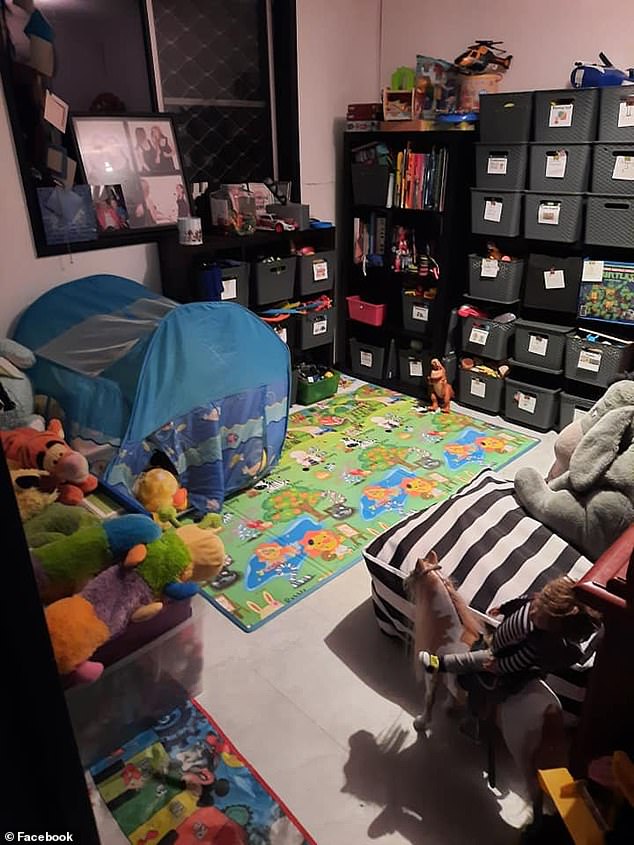 Others gave her advice on how to minimise the clutter and said too many toys will overwhelm her kids.

‘Great job, I used to put half of my son’t stuff away then swap it over every other week, not so much to clear up,’ she said.

‘I would literally bag all that up and throw it out. I did it when my eldest was four. Left books and a wooden train set. Best thing I ever did,’ said another.

Other mums admitted their homes sometimes look like the messy picture – and they also struggle to keep it under control.

She joked that the room is now ‘off limits’ to her children.