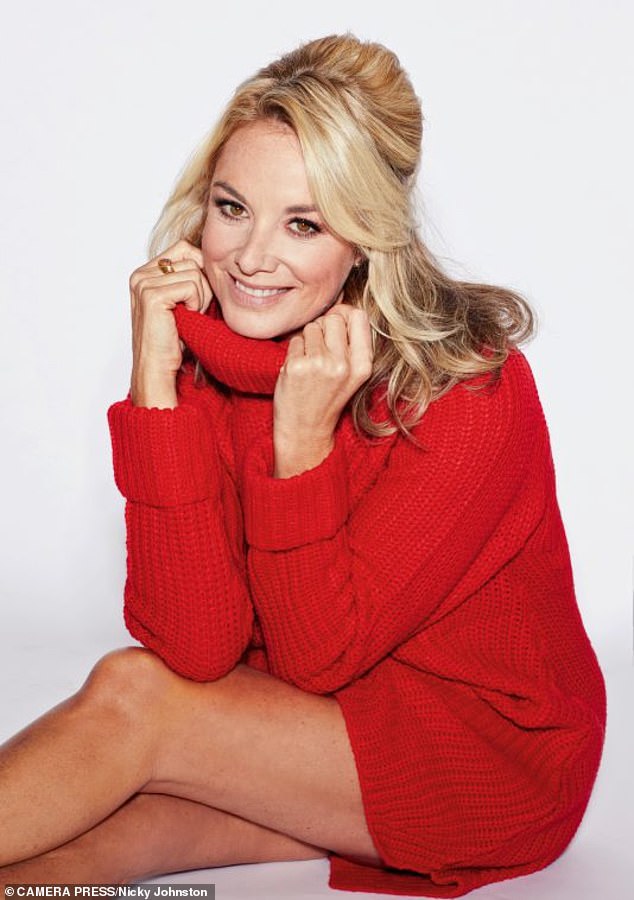 Tamzin Outhwaite, 50, (pictured) shared the stories behind a selection of her favourite photographs

1974: Here I am aged about three at a holiday camp in Cornwall, where we spent a lot of time as a family. It was a fancy-dress evening and I was a nurse pushing my brother Kes, who is just out of shot and wrapped in a bandage. I made my mum put a plaster on each of my knees – even then I didn’t want my brother to get more attention. Maybe it was an early sign of me wanting to be a performer 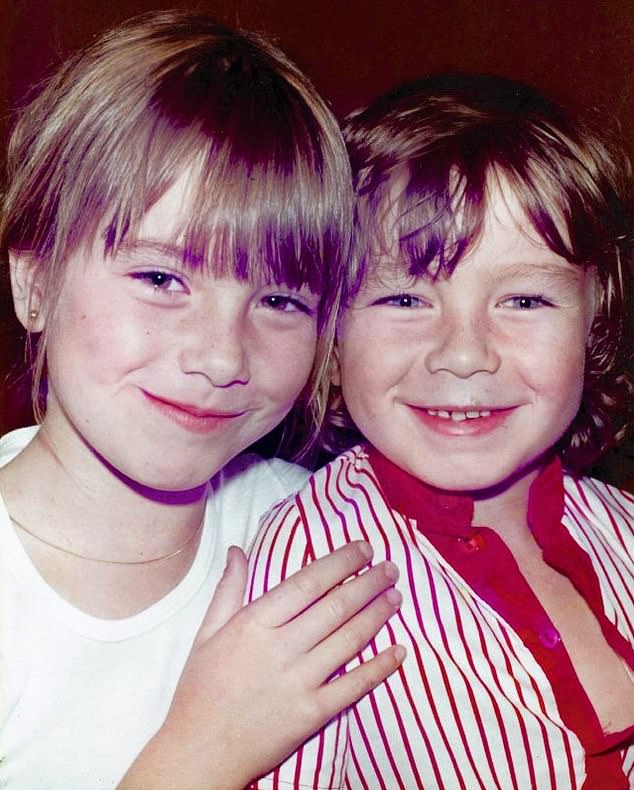 1976: I remember when the photographer came to our house to take this picture of me and Kes. It was just the two of us until our brother Jake came along when I was about ten. He was a much later afterthought and we used to joke with him that he was adopted. The house was always filled with laughter during my childhood 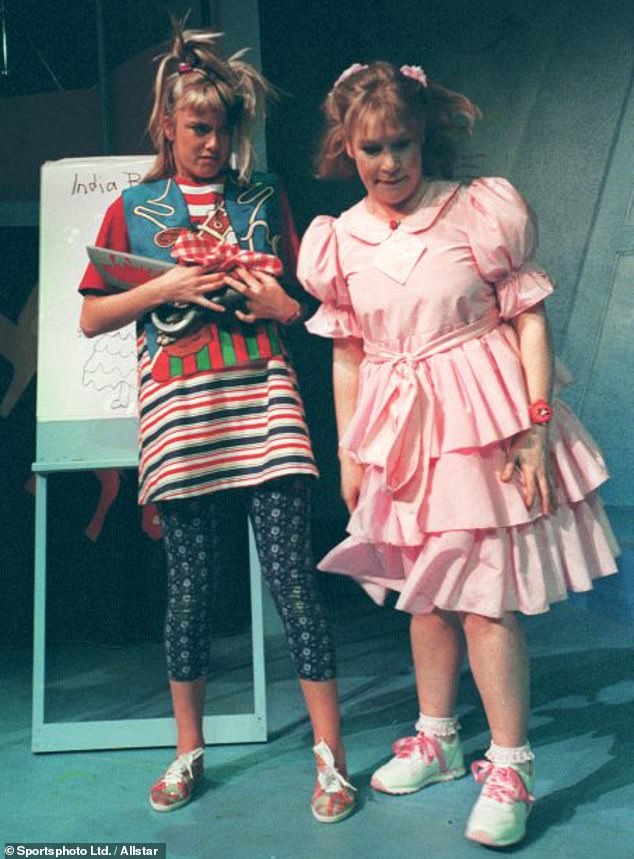 1997: This was the last time I worked with the playwright Alan Ayckbourn at his theatre in Scarborough. It was a musical called Baby On Board, in which Claire Corrie [right] and I played four-year-olds and dressed like them, but spoke as adults. It was the last job I did before EastEnders, and therefore my final time as an anonymous performer – life was never the same afterwards. I loved what I did for a living and was never trying to be famous. I was just trying to continue working as much as possible. So, if I’d been asked back to Scarborough by Alan Ayckbourn, I’d still have been happy 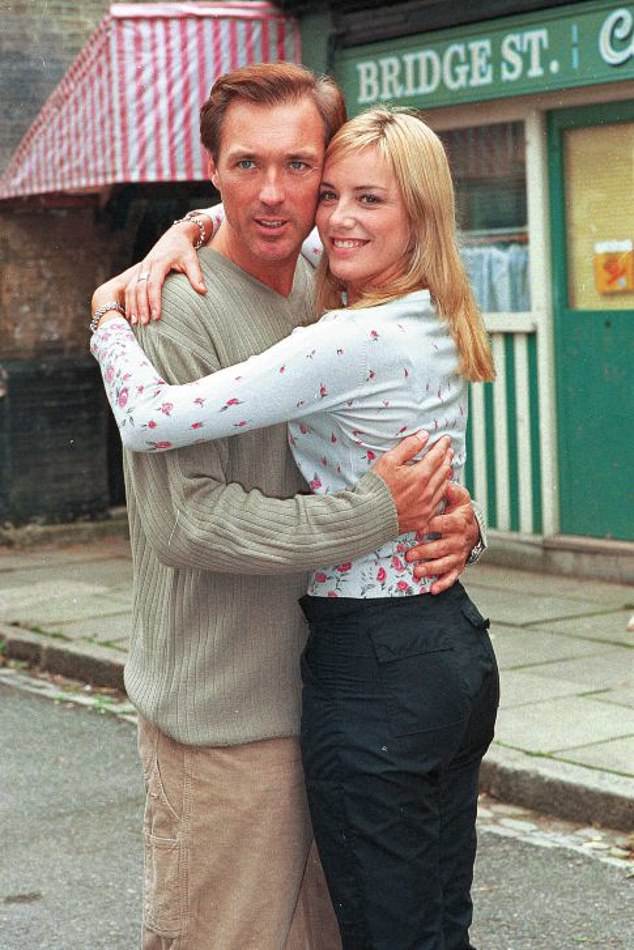 1998: Martin Kemp and I did this photoshoot when I joined EastEnders. I started a few days before him, then we were suddenly told our characters Mel and Steve were going to be romantic partners at some point. As a teenager I was a huge Spandau Ballet fan and I had my first slow dance and kiss to their song True. I was so excited that instead of playing it cool, I told Martin, which he thought was hilarious. Kissing him in EastEnders really was a pinch-yourself moment, as was seeing Phil across the bar at the Queen Vic for the first time 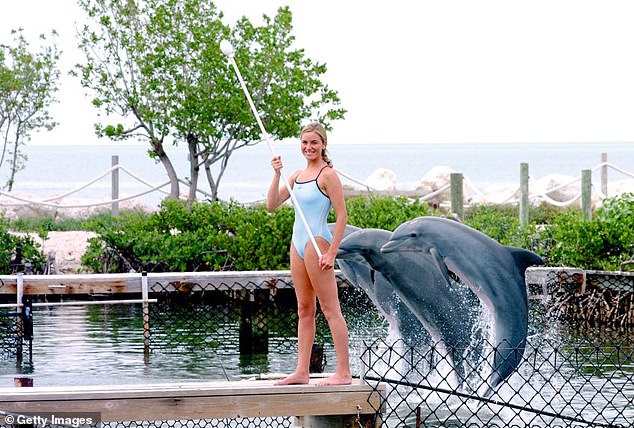 2001: Filming Tamzin Outhwaite Goes Wild With Dolphins for the BBC involved spending two weeks in Florida and then a week in the Bahamas – and I loved it. I learned to dive for the show and when I finally swam with dolphins it was an extraordinary experience – the best gig ever. This picture was taken in Florida, where we saw how being with dolphins is a form of therapy for children with special needs – that was quite something 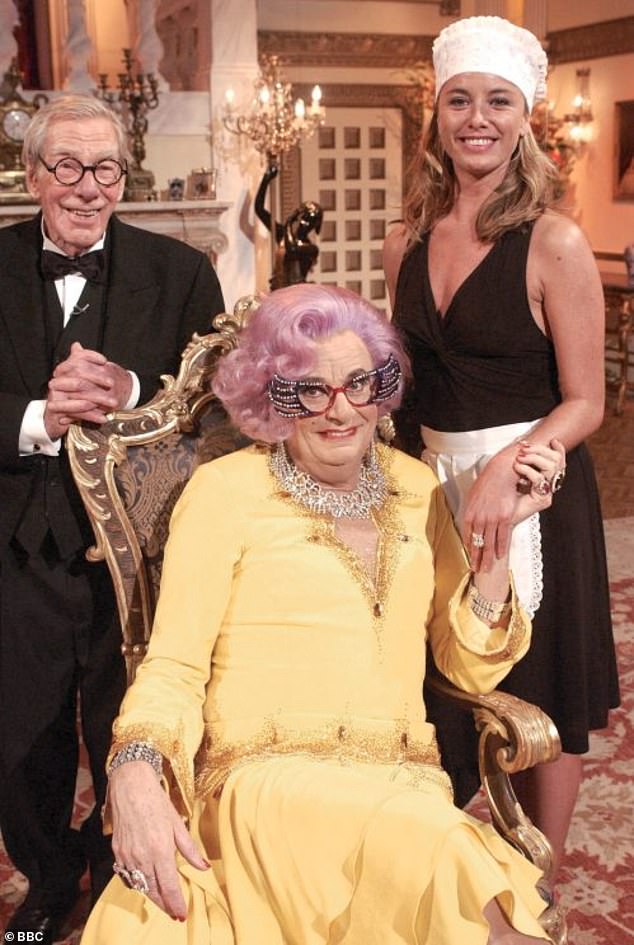 2003: For this Dame Edna Christmas special I was playing her housekeeper, who had to look after the guests. She’d boss me about as I brought things in on a tray while she did her interviews – I was like a female version of Manuel from Fawlty Towers. Dame Edna was hilarious. She treated me like a grandchild and I remember thinking, ‘I wish she was my nan.’ 2013: This is me with Dennis Waterman, Nicholas Lyndhurst and Denis Lawson in New Tricks. I was the new recruit taking over from Amanda Redman as the boss of a team of retired detectives drafted in to investigate cold cases. It was such fun to be a female lead in a male-dominated show – to be their friend but also to get to boss them about and still wear high heels. Nicholas gave me lots of great advice and he and Denis have become great pals.= 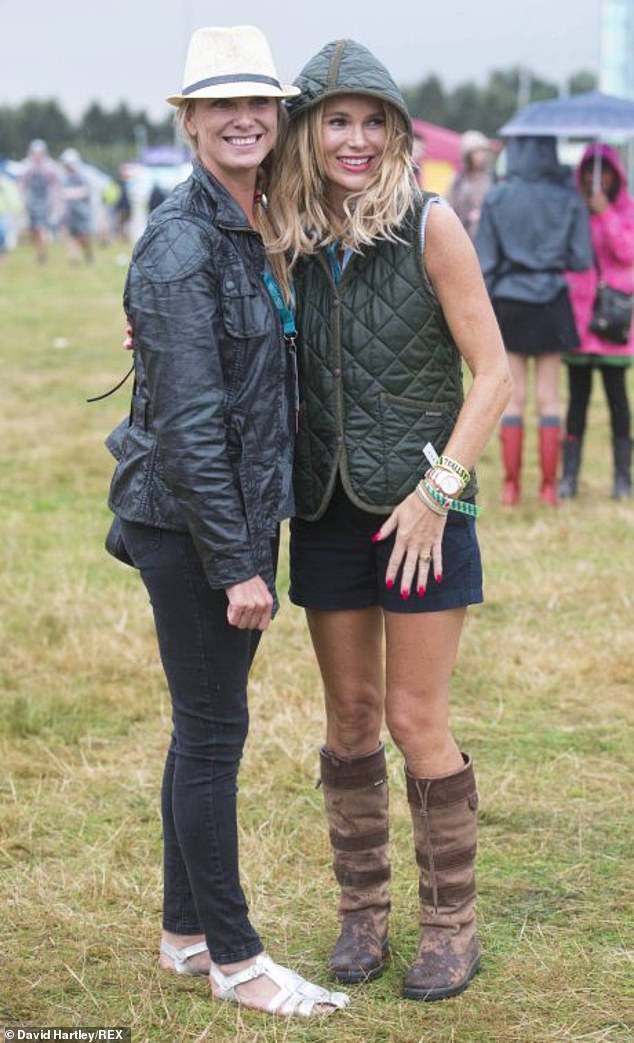 2016: A big group of showbiz friends including Amanda Holden – who I’m with in this photo – Angela Griffin, Nicole Appleton, Tracy-Ann Oberman and me often attend The Big Feastival, a music and food festival in the Cotswolds. We all juggle working hard and looking after children – and when we get together we play hard too and can be a bit mischievous. This was the year there was so much thunder and lightning it actually stopped the bands playing. We had our kids with us and all got totally soaked. There was plenty of girlie screaming – it actually was quite scary