Nicci Clark, 45, founded Re:Nourish, a range of drink-from-the-bottle soups, in 2018. She lives in Surrey with her husband, Simon, and two sons, Otis, 12, and ten-year-old Beau.

At school, I wanted to be an art historian. But I didn’t get the grades, so ended up studying nursing. I never looked back.

Sometimes, life can put you on a different path from the one you originally wanted, but it’s the correct one. 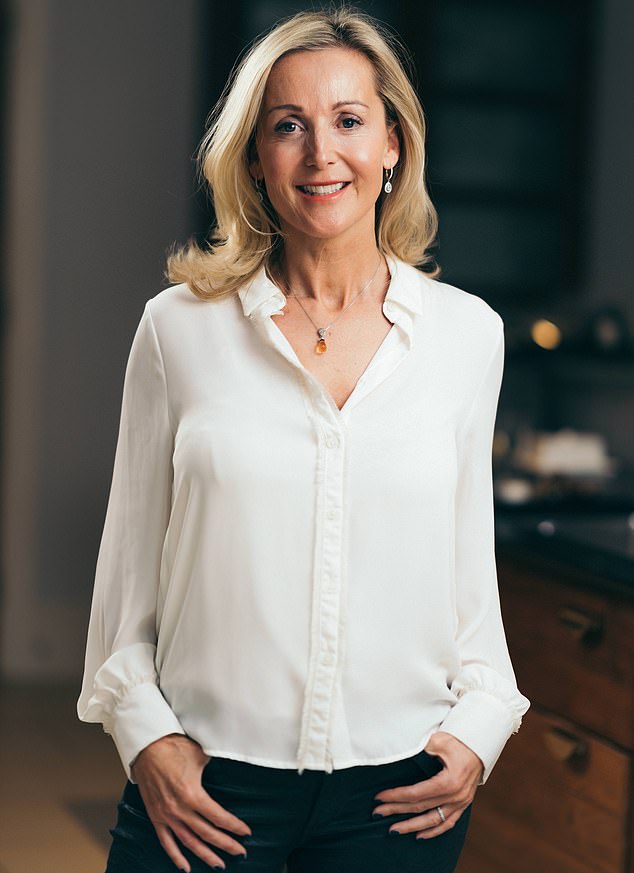 Nicci Clark, 45, had the idea four Re:Nourish after she became frustrated at the fast food culture in the UK

I specialised in the critical care unit. Every day, I’d be seeing all sorts of people come in with heart attacks, and I realised that this can happen to anyone if you don’t look after yourself. It taught me so much about health and nutrition.

I was frustrated with the fast food culture in this country, especially the popularity of ‘healthy’ drinks, such as fruit smoothies, which are actually full of sugar.

In 2007, I gave up nursing after I got married and had my children, and retrained as a nutritionist.

In 2010, I founded my first business, Nourished, a healthy meal delivery service. We delivered homemade breakfasts, lunches and dinners, but the most popular were the soups — all plant-based, vegan, low-fat and free of gluten and artificial additives.

At the time, I was selling them in pouches. One night, I was working in the kitchen at 3am and I said to the other chef: ‘Why don’t we put these in bottles?’ 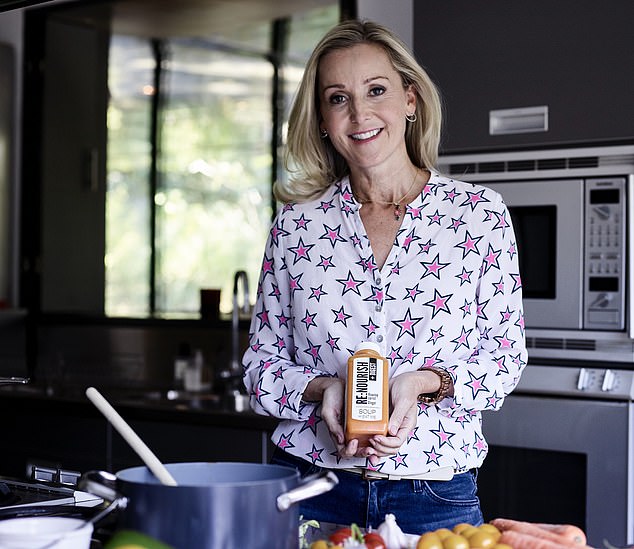 The mother, pictured with a soup inside her kitchen, started off studying nursing after she didn’t manage to get the grades for art history

It was my lightbulb moment. It struck me that a ‘grab-and-go’ soup you could drink from the bottle — either cold or heated in the microwave — would be much more convenient for busy people.

But you need a material that can withstand heating, cooling and reheating (normal plastic bottles can’t do that).

So I tracked down a manufacturer online who said they could make a bottle that would work.

We closed Nourished in 2015, as the meal delivery market became over-saturated. The early days of the new business were tough. I had to raise £120,000, but the bank refused me a loan. So we sold the house, which was risky. 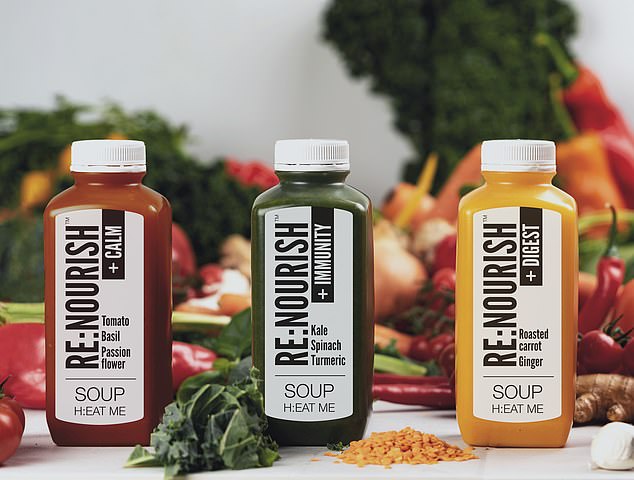 Then, in March 2018, we launched Re:Nourish — fresh, nutrient-dense, plant-based, grab-and-go soups, which boost immunity and energy, keep you calm and aid digestion.

They are sold in Planet Organic and Waitrose (in store and online). Every part of the bottle is recyclable. And the labels help to insulate, so the soups stay warm for an hour.

We take our health for granted, but it is the most important thing. You really are what you eat.