Queen Maxima of The Netherlands is known for her colourful wardrobe, and today she pulled out all the stops with her family as they celebrated at the April Fair in Seville.

The mother-of-three and her husband King Willem-Alexander were joined by their three daughters Alexia, Catharina Amalia, and Ariane for the event, which takes place from 4 to 11 May.

Maxima opted for a purple and pink look with her blonde hair pulled back and bold flowers in her hair.

She also wore a variety of sparkling jewelry, including drop earrings, to add even more colour to her look.

Princesses Alexia, 13, Catharina Amalia, 15, and Ariane, 12, also embraced the dress code and were seen with shawls and ruffled outfits like their mother. 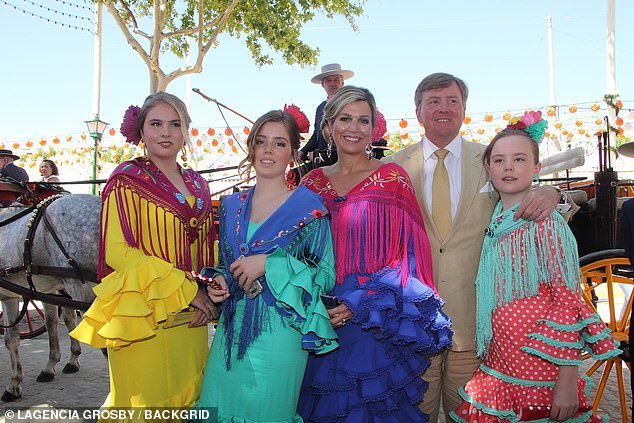 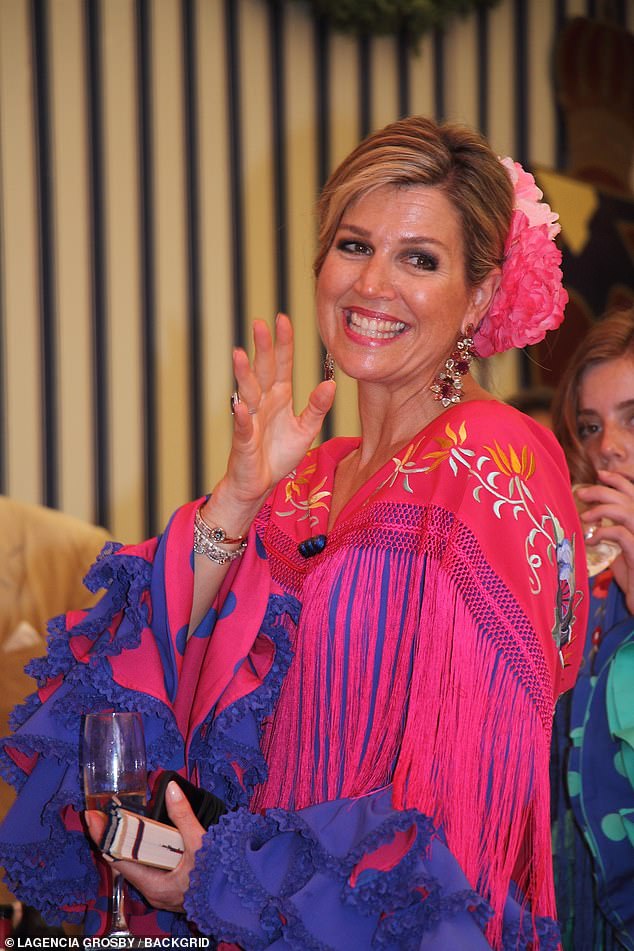 Maxima, 47, wore a frilly purple dress with a bold pink scarf and matching flowers in her hair

The girls all wore flowers in their hair and also carried fans while at the event today.

Heir apparent Catharina-Amalia, Princess of Orange, 15, was striking in a yellow dress with dramatic ruffles on the sleeves and a pink fringed shawl boasting a floral patter draped around her shoulders.

Princess Alexia, 13, was a vision in green and blue and carried a red polka dot fan.

And their younger sister, Princess Ariane, 12, wore a ref polka dot dress with green ruffles, and colourful flowers in her hair. 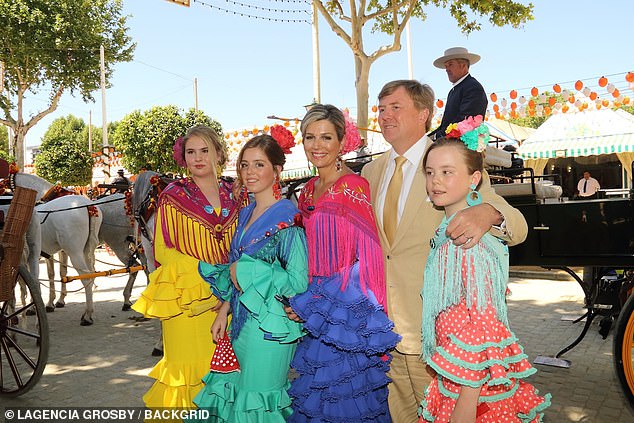 The Netherlands royal family, pictured, looked stunning in their flamenco outfits and all the young Princesses carried fans for the trip 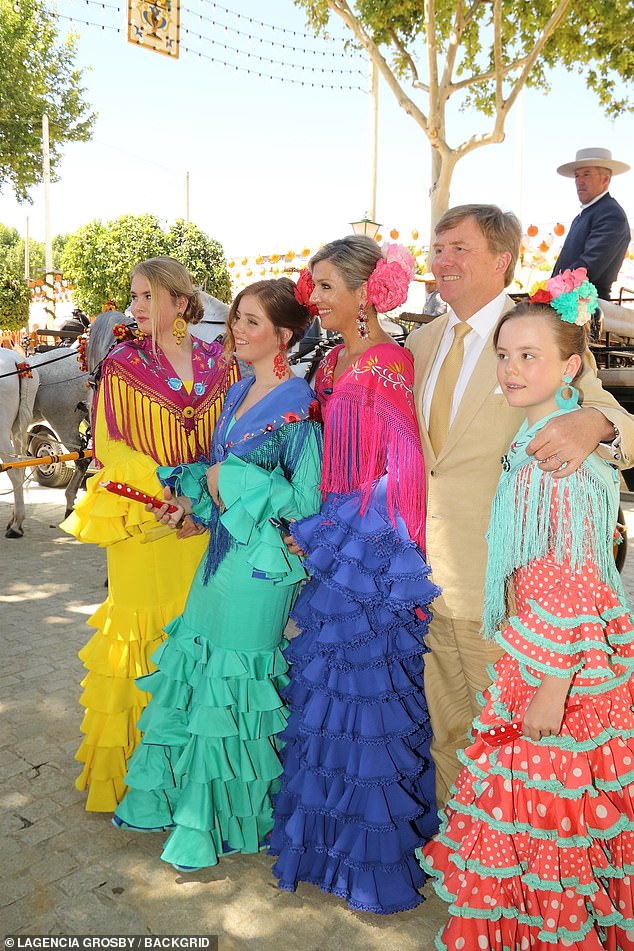 King Willem Alexander opted for a less vibrant look and wore a beige suit to visit the casetas. Each year more than 1000 casetas’ or tents installed in the fairground area of the Spanish city

Their father was the most soberly-dressed family member in a tan suit, teamed with a gold tie.

April Fair is a week of celebrations in Seville which involves lots of dancing, drinking, eating and socialising.

It was created in 1847 as a cattle fair, and over time the festive atmosphere that had grown took over and it became a permanent fixture in Seville’s social calendar.

For a week more than a thousand ‘casetas’ or tents installed in the fairground area become the second home of the city’s inhabitants. 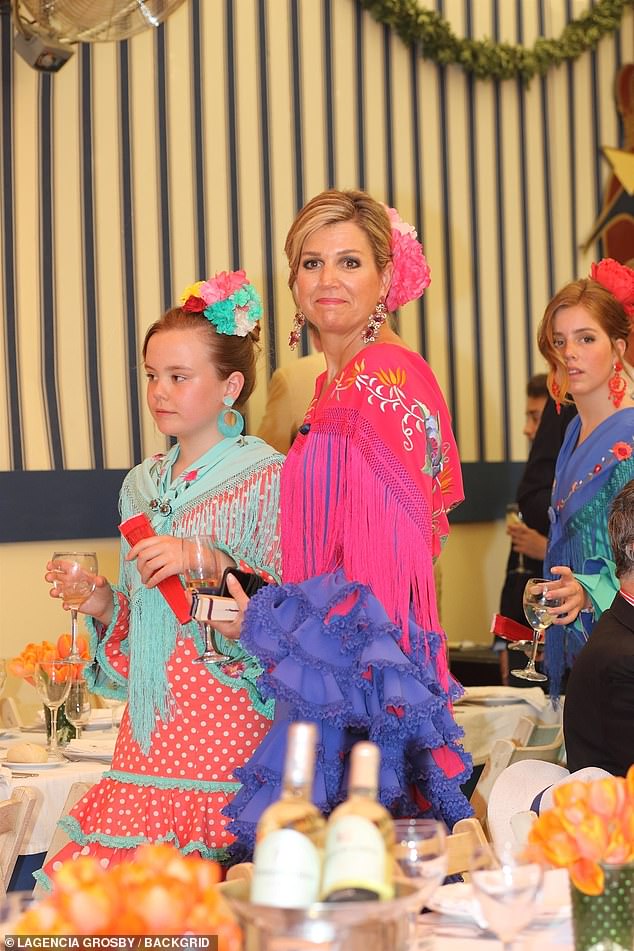 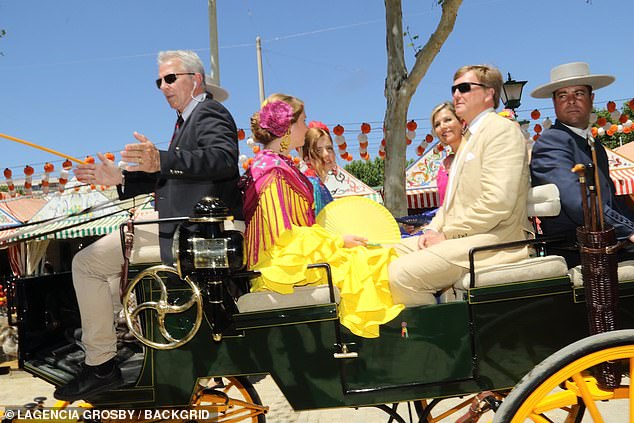 The royals, pictured, also enjoyed a carriage ride while at the event that generally begins two weeks after the Semana Santa or Holy Week in Seville

The fair generally begins two weeks after the Semana Santa or Holy Week. This year the dates run from Saturday 4 May to Saturday 11 May.

It’s been a busy week for Maxima who yesterday wore a bright two-piece suit for a visit to Make-A-Wish in Hilversum, The Netherlands

The engagement was to mark their 30th anniversary of the charity – which fulfills wishes for ill children aged between 3 and 18. 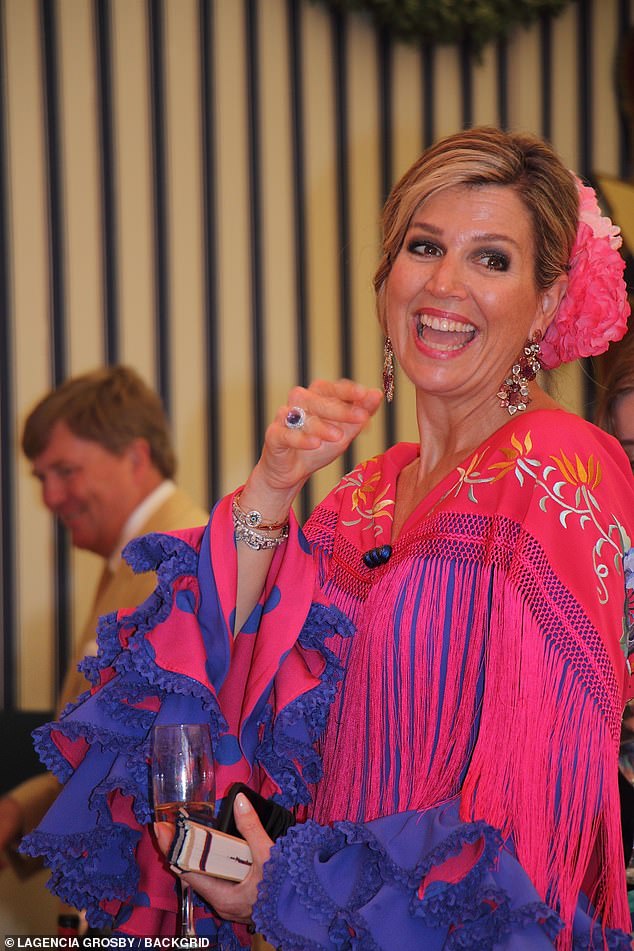 Queen Maxima, pictured, appeared to be in good spirits as she took part in the festivities 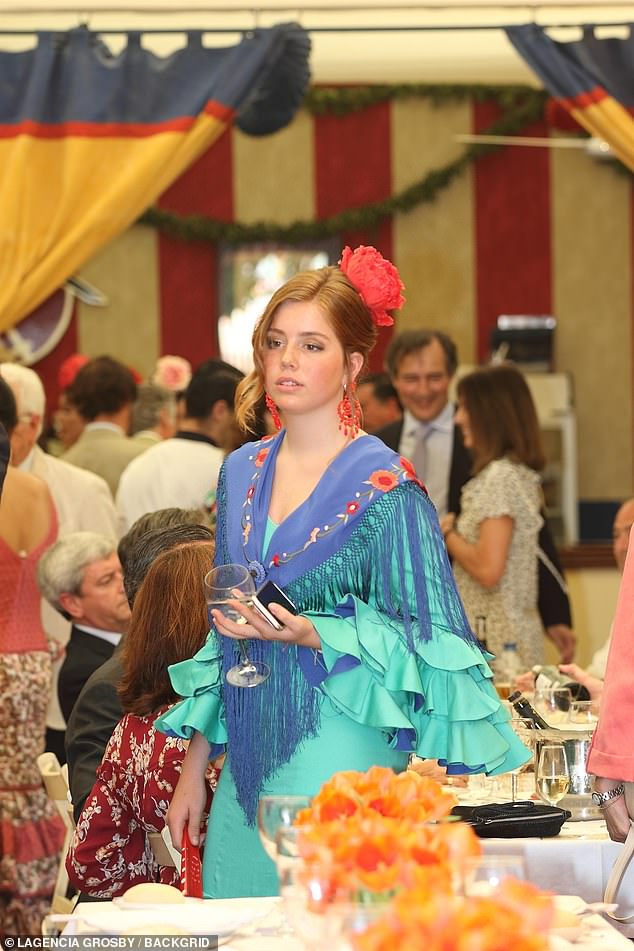 Princess Alexia, pictured, wore a beautiful flamenco dress with a blue shawl for the event