Karl Lagerfeld’s most trusted assistant and confidante has revealed how he looked on the late designer as a father, despite the difficulties of working for the Chanel creative director who could reduce people to tears with his outbursts.

Lagerfeld, who died on 19 February 2019, first discovered Sebastien Jondeau, now 44, when he was working with a removals firm, aged 14, in Paris.

Speaking to French magazine Paris Match, Jondeau reflected on his 20 years working with the designer, going from bodyguard to modelling on the runway to becoming Lagerfeld’s most trusted friend, never leaving his side, and holding his hand on his death bed at the American Hospital of Paris.

Their relationship transcended that of a boss and employee, and Jondeau admitted he saw Lagerfeld as his ‘everything,’ his only family, and said he ‘fought for him like he was [his] own father.’

However, he admitted his employment was a ‘golden prison’ were his whole life was controlled by the designer, leaving him struggling to fit friends and family into his busy schedule. 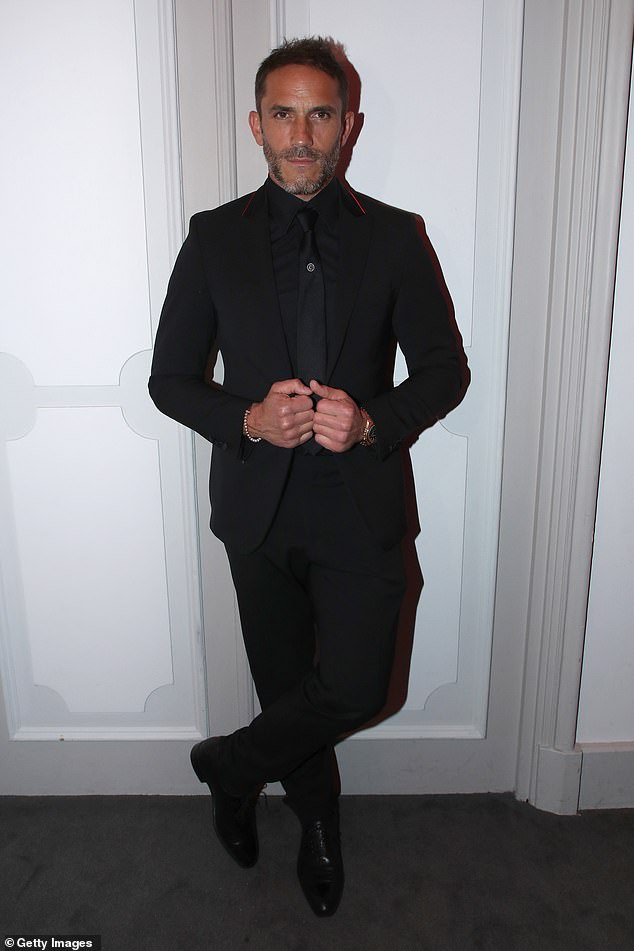 Sebastien Jondeau, 44, from Paris, was the late designer Karl Lagerfeld’s most trusted assistant. Pictured on December 12 at the Annual Charity Dinner hosted by the AEM Association Children of the World for Rwanda in Paris 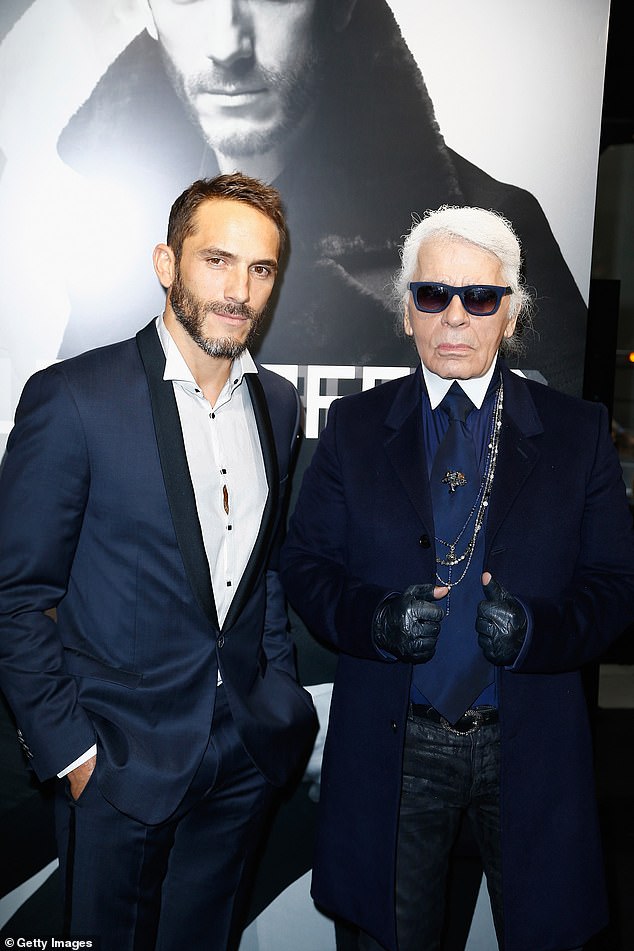 Ten months after the Chanel creative director’s passing, he who worked as his model, bodyguard and ultimately became his confidant reminisced on life with Karl. The designer and assistant pictured together at the Karl Lagerfeld Homme boutique opening in Paris on 9 October 2014

‘Planning a dinner, I can’t do it anymore. It scares me,’ Jondeau said, ‘I dedicated 98 percent of my time to Karl.’

‘All his coworkers had families and went home, I didn’t. My home was Karl’s,’ he added.

Jondeau added that since the designer died, he’s had an anxiety attack everyday at 5pm or 6pm without fail, the time when he and the German-born fashion icon and him would be hitting the town.

When Lagerfeld was diagnosed with cancer – Jondeau insists the designer suffered from prostate cancer and not pancreatic cancer, as has been reported – his employee and confidante admits he collapsed in his girlfriend’s arms, devastated by the news. 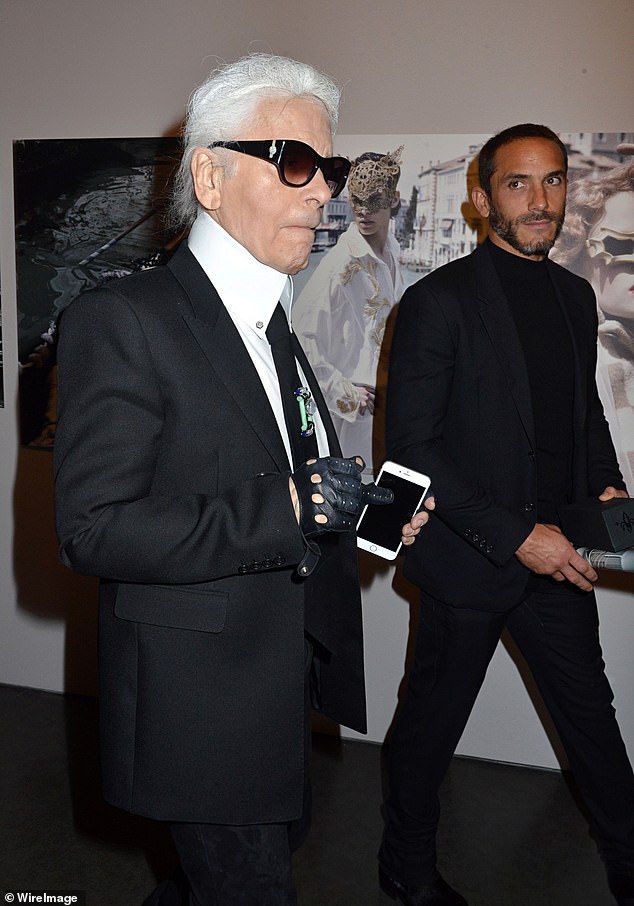 More than an assistant. Jondeau revealed the iconic designer died holding his hand after an intense fight with prostate cancer. Pictured at the A Visual Journey Karl Lagerfeld Photo Exhibition at the Pinacotheque in Paris in 2015

But there were some dark times between Lagerfeld and Jondeau, which the former employee mentioned in the interview, like the fact he saw the designer reduce people to tears on one than more occasion.

‘He could be horribly tough. I saw him make people cry, I broke doors out of rage. He played s****** tricks on him. Karl never said sorry, he apologised through his actions,’ he said.

Yet, he looked after the designer’s schedule until the very end, and his devotion remains intact now that he has gone, looking after Lagerfeld’s will and settling some of his affairs. 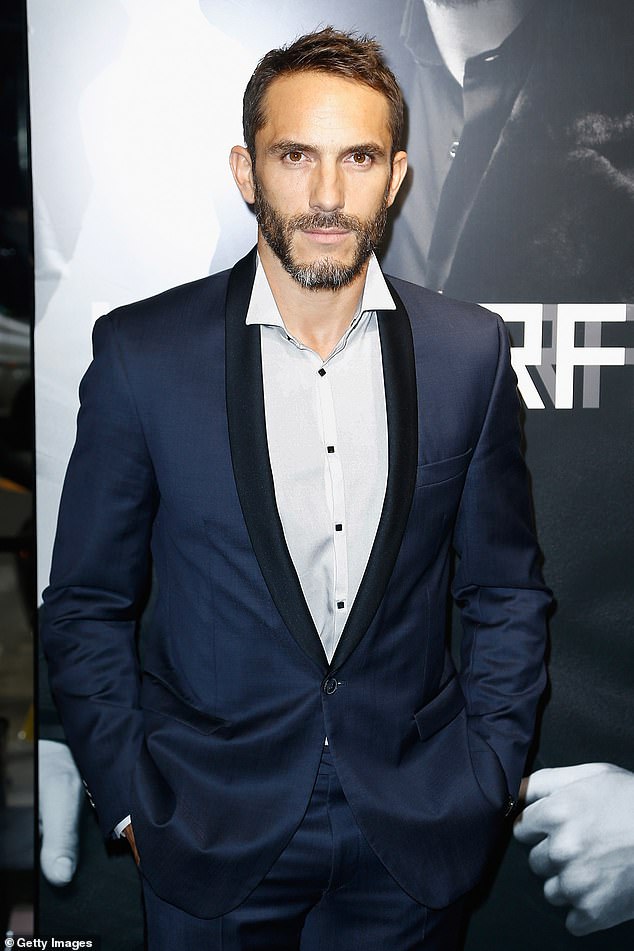 Jondeau was a child of the Parisian northern banlieue, and used to work as a moving man aged 14 when Karl Lagerfeld met him for the first time. Pictured at the opening party of the Karl Lagerfeld Homme boutique in Paris in 2014 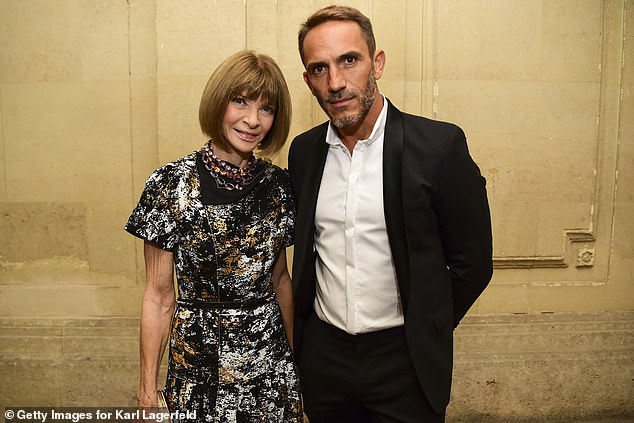 The former assistant went from manual jobs moving furniture or loading luggage onto private jets to rubbing elbow with legends of fashion. Pictured with Anna Wintour at the Tribute to Karl Lagerfeld: The White Shirt project on 25 September 2019

Nothing predestined Jondeau to become the right hand man of one of France’s most influential designer.

From his early teens, he was known to get into fights often, and worked on several physical jobs, like moving furniture.

That’s how he met Lagerfeld, when the designer employed his team during a move in 1989 and gave them 500 francs (£65, a generous tip for the time).

Ten years later, Jondeau was loading suitcases in Lagerfeld’s private jet when the designer handed him a contract to be his bodyguard.

Just like that, the youngster’s life changed, and he went from manual jobs and sweatpants to designer suits and rubbing elbows with the most fashionable celebrities.

Now looking to make it on his own in the fashion world, Jondeau said he thought Lagerfeld would be proud of his, after years of forced closeness – the designer barely let two hours past without texting his trusted assistant.