Three of Australia’s most iconic stick ice creams are now available in one litre tubs at IGA supermarkets.

Bubble O’Bill is made from chocolate and caramel ice cream swirled together with bubble gum flavoured candy pieces.

Rainbow Paddle Pop is an ‘all-time Aussie favourite’ with caramel flavoured, colourful swirls and Golden Gaytime is made from toffee and vanilla mixed with crispy biscuit.

The $8 tubs are already available in IGA stores Australia-wide from Tuesday, July 14, and will launch in Woolworths at the end of July and Coles from mid-August. 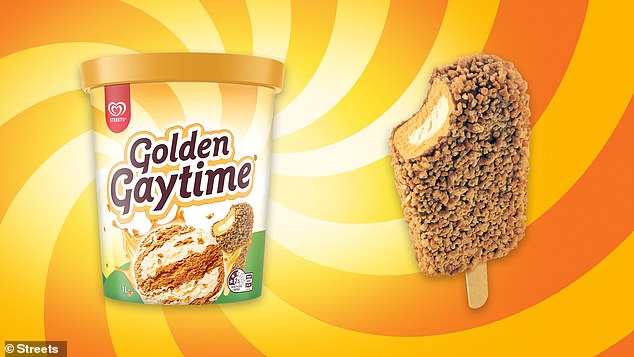 ‘You saw it here first!’ it says in the caption of a photo of a fridge fully stocked with tubs of Bubble O’Bill and Rainbow Paddle Pop.

The news delighted Australian ice cream lovers who said it instantly brought them back to their childhoods.

‘These two were my favourites, now in a tub! Childhood memories,’ one said. 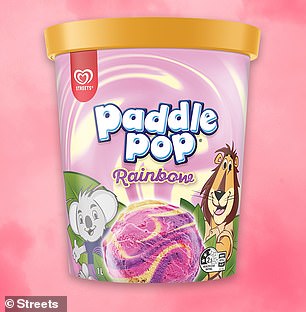 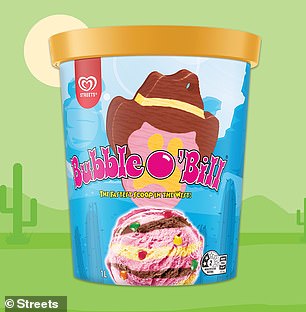 Another said her ‘whole family is in a frenzy over rainbow paddle pop tubs’.

A third tagged her friend saying the need ‘another road trip to stock up on nostalgic food at IGA’.

Streets brand manager Samantha Jamul confirmed the news in a statement early on Tuesday, saying the flavours were chosen based on customer favourites.

‘We’ve been trying to keep it a secret, but the rumours are true,’ she said.

‘These are the top requests we receive from Streets’ fans, and we couldn’t be happier to deliver what they want.’

How to make perfect peanut brittle in the MICROWAVE