Cardi’s B’s latest hit song features just her voice and jazz piano — but the truth is, the rapper wasn’t even aware that she was collaborating on the piece.

The composer is Charles Cornell, a talented jazz pianist from Denver, Colorado who has recently gone viral for his very funny celebrity songs.

The 26-year-old takes clips of stars like Cardi, James Charles, Ellen DeGeneres, and DJ Khaled speaking — not singing — and then adds original music that fits just perfectly with their words. 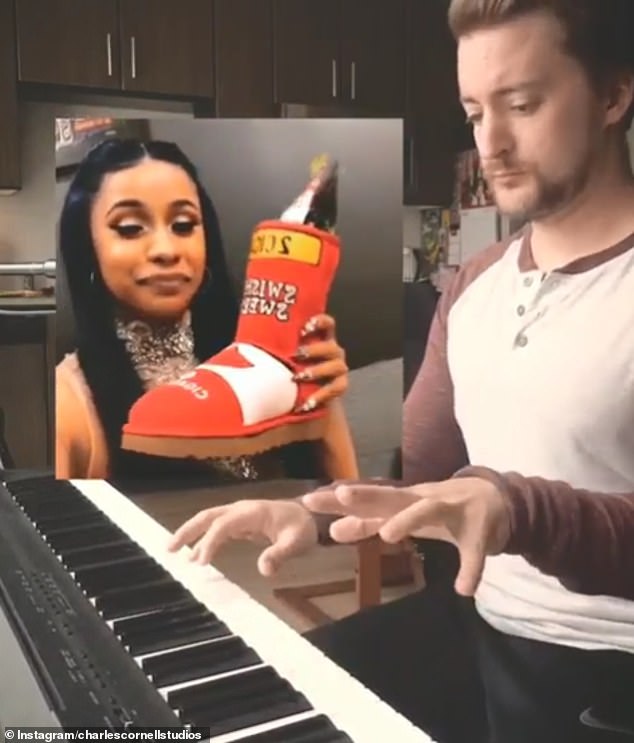 Brilliant! Charles Cornell, 26, is a jazz pianist from Denver who creates songs out of celebrity social media clips 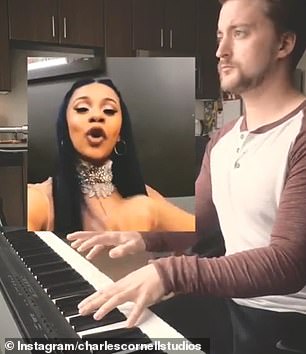 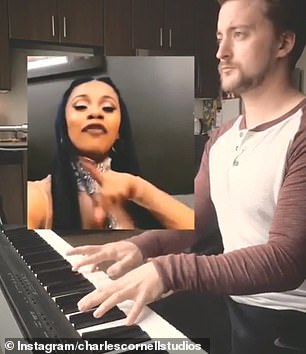 All over the internet: He went viral after adding music to a video of Cardi B talking about her new Uggs — and Cardi herself retweeted it

The first video of its kind actually used a clip of Donald Trump talking about Hurricane Florence.

But two days later, he posted the masterpiece that would go viral: A video of Cardi B bragging about her exclusive Swisher Sweets Uggs.

In the clip, Cardi shows off the bright boots, excitedly telling her fans that ‘none of you b****es’ have them.

‘I came across a video that I thought was particularly funny, and remembered the concept of transcribing the notes of spoken word and putting them to music,’ he told BuzzFeed.

‘It’s a concept that’s been around since the ’60s,’ he went on. ‘I decided to give the concept a try and made a few, including the Cardi B one.’ 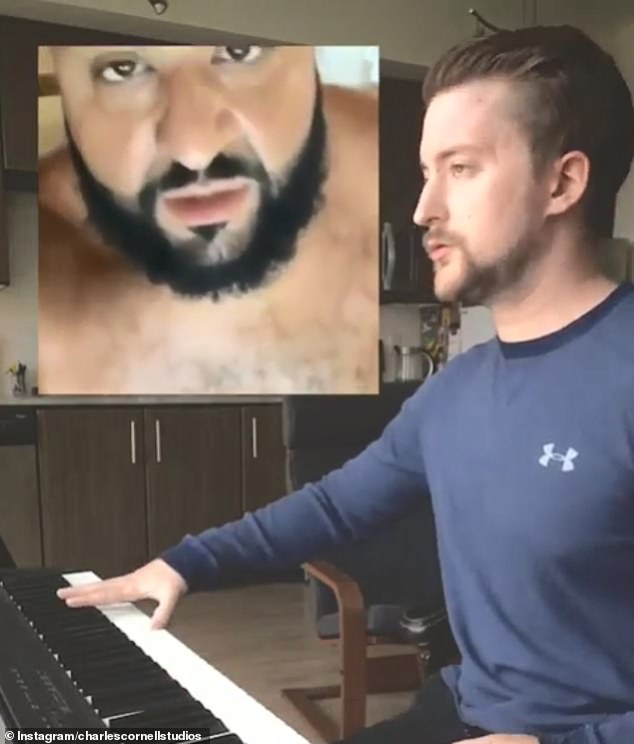 On fire: He has since made several other videos, including one with DJ Khaled 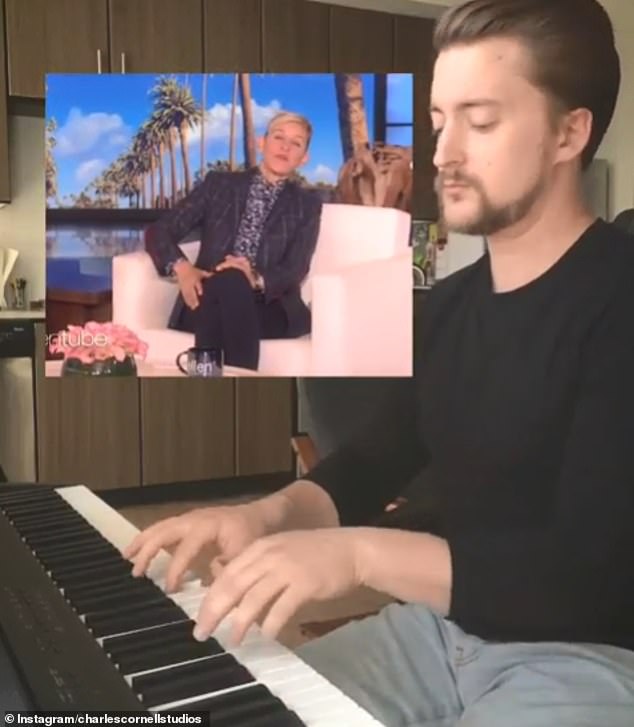 Skills: Charles says he figures out the notes of the words people like Ellen DeGeneres (Pictured) are speaking, and then adds harmony 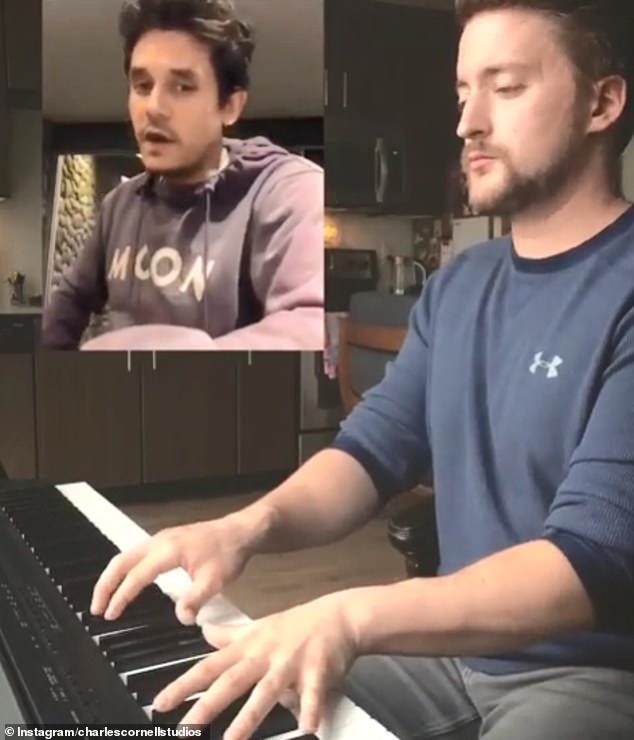 Beautiful: He also did a remix of John Mayer singing that proved quite popular 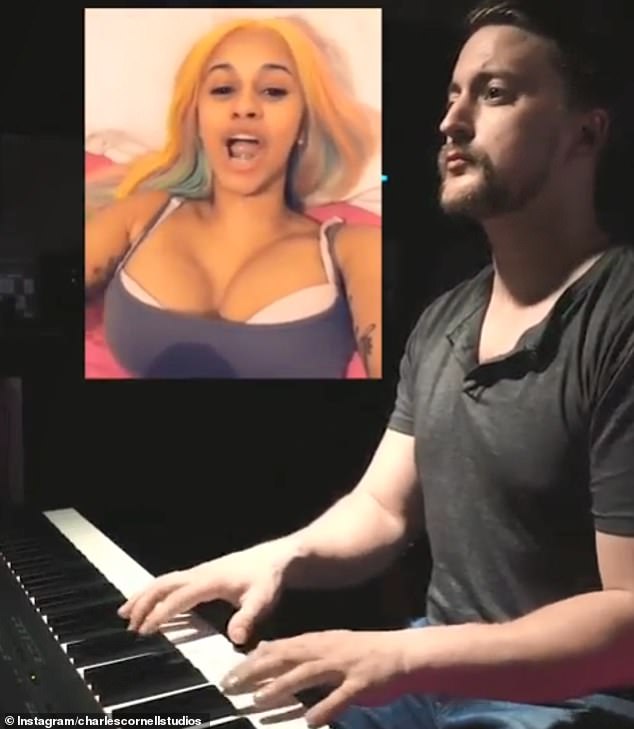 Returning to his roots: He has since gone back and made a second Cardi B video

He said that her videos work especially well for this, because she ‘speaks in a sing-song, rhythmic manner.’

‘This creates natural cadences in her voice that make my job much easier!’ he said.

So he broke down the clip, coming up with music that played in time with her speech.

The resulting ‘song’ quickly took off, being shared on several other accounts — and even earned a retweet from Cardi herself.

Since then, he has created several more, including songs made from clips of DJ Khaled, John Mayer, Ellen DeGeneres, and ‘Cash me ousside’ girl Danielle Bregoli on Dr. Phil.

He even made one out of YouTuber James Charles’ apology to Tati Westbrook. 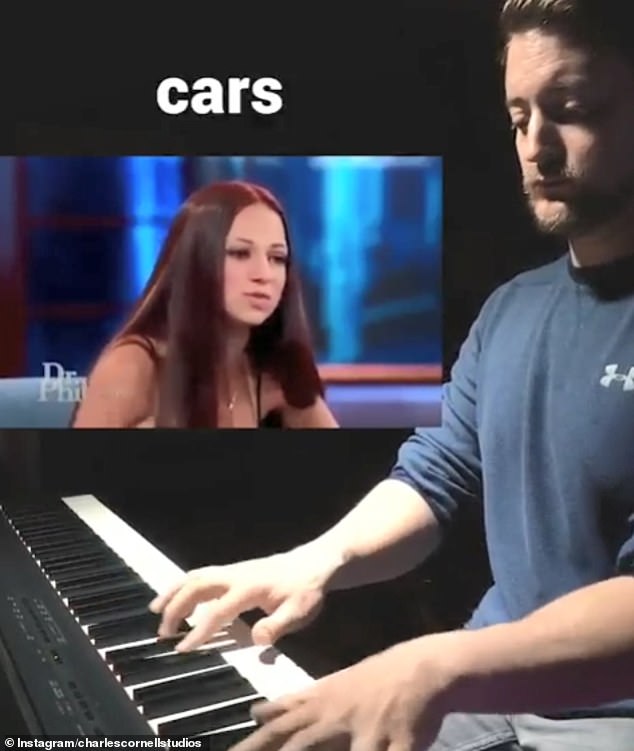 Viral: One song used a clip of ‘Cash me ousside’ girl Danielle Bregoli on Dr. Phil 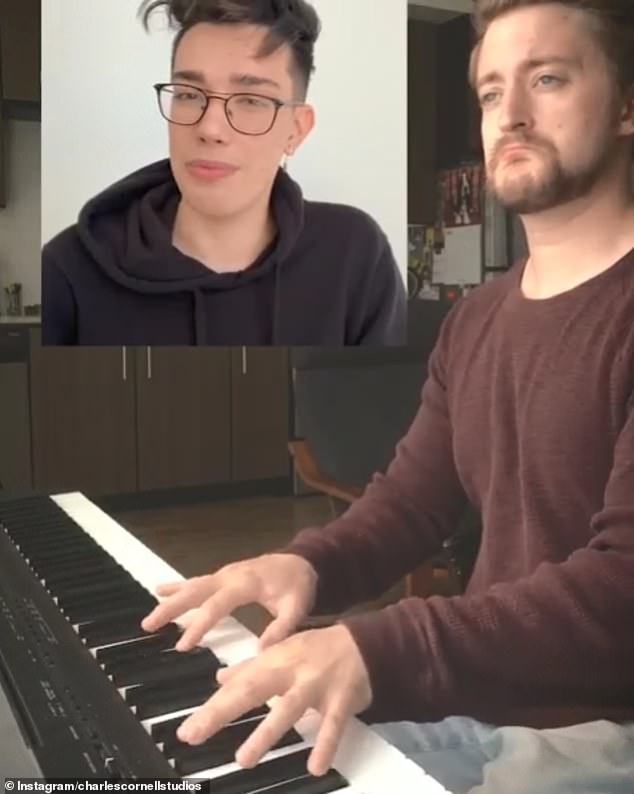 In the news: He also turned James Charles’ apology to Tati Westbrook for a song

Speaking to BuzzFeed, Charles explained how he makes the clever videos that have charmed social media users.

First, he figures out the actual notes of the spoken words in the clip he is using. He then adds harmony, so it’s not just a clattering of keys.

‘I try to get my videos to have a chord progression that you might expect to hear in the real world,’ he said.

It’s tricky, he added, because people tend to speak faster than they sing — and the speedier the speaking, the more difficult it is to make a song out of it.

The results so far have made him a viral star, and he plans to continue creating similar videos.

‘I just hope I’ll be able to continue making people laugh and adding positivity to the world,’ he said.