Do you know an NHS health hero? The Daily Mail is asking you to nominate special people in the healthcare sector who’ve made a real difference to you or to a loved one. Seven finalists will be honoured with an all-expenses-paid trip to London to attend the Health Hero Awards. The winner will also receive a £5,000 holiday. To make a nomination, fill in the coupon below. Here, SHERON BOYLE tells one nominee’s story. . .

The A&E department at Dewsbury Hospital in West Yorkshire was busy but calm as Sister Sophie Smith clocked on to take charge of the night shift one Sunday in May last year.

But, at 1am, all hell broke loose. A drug addict who’d been sitting patiently suddenly flew into a violent rage. For 45 minutes he terrorised the department, leaving a scene of carnage behind him, with smashed glass doors, holes in the walls, and metal curtain rails that he had used as spears littering the floor.

A habitual amphetamine user, he’d come to the hospital because he’d taken some drugs but was unsure what they were. 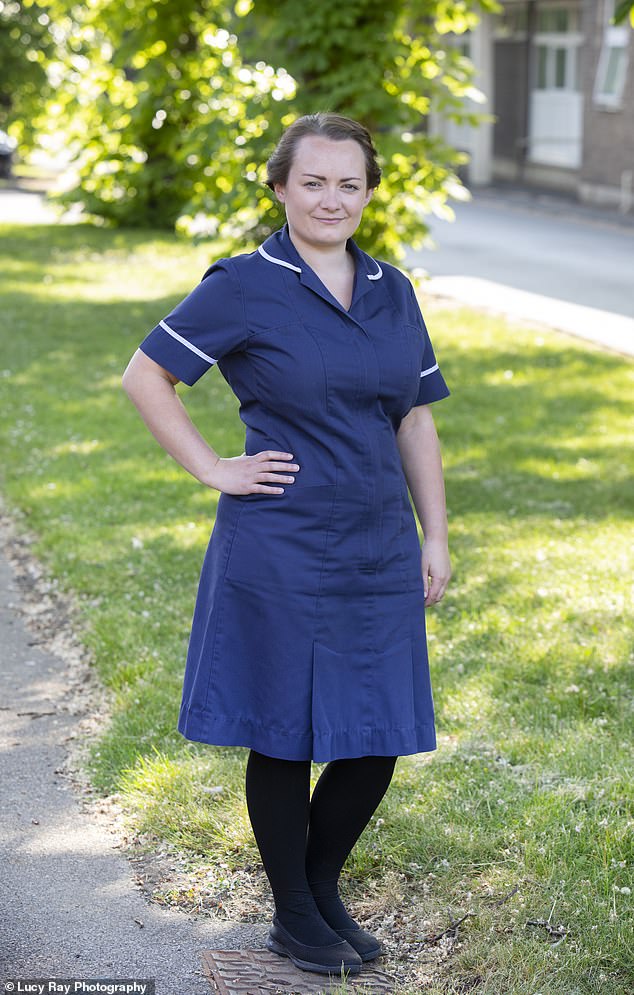 Sophie Smith, 27, (pictured) who works in the A&E department at Dewsbury Hospital in West Yorkshire, recalls a violent drug addict causing terror during a night shift

Sophie, 27, who had been promoted just five months earlier from staff nurse to Sister, recalls: ‘The man began making bizarre noises as he lay there — as if he was having a seizure — then he started rocking. As I tried to calm him, he suddenly threw himself off the bed onto the floor.’

Sophie and her team of six quickly moved equipment out of his way and he settled down again. She gave him water and talked quietly to him as he said he did not know what was happening.

‘Then he stood up — he was over 6ft and a well-built man in his 50s. He seemed a giant compared to me; I’m only 4ft 11in. With super-strength, he wrenched the metal curtain track from the ceiling.

‘I quickly moved five patients out of cubicles, and the ward staff shepherded them to the neighbouring children’s A&E where they could lock the door.

‘Then the man became aggressive and rushed at us with the 6ft curtain rail as if to stab us.’

At this point, a nurse had to barricade herself and a dementia patient in an adjoining room, placing mattresses against the door. As she was calling the police, the man let a patient pass to safety, ‘but then began waving the curtain poles at us again’, recalls Sophie.

‘I was nearest, trying to talk calmly to him. But he ran after a security guard and porter and they had to lock themselves in another room.’ 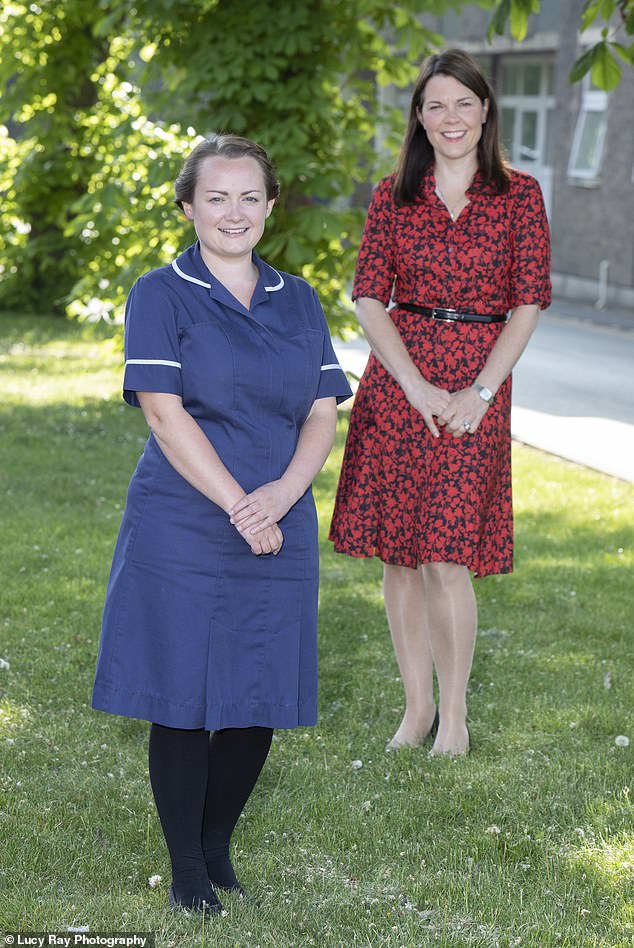 The man was so enraged he smashed his arm through the glass panel in the door — blood streamed everywhere. He pushed over a large water cooler, tore dirty needles and rubbish bins from their wall holders and threw them across cubicles.

While Sophie was still trying to calm him down, she was also engineering the evacuation of the remaining staff and patients. ‘He made a move towards a patient who was so scared she was physically sick. I was petrified, but I got some staff to wheel bed-ridden patients to a secure area.

‘The man had a glazed expression on his face and, by now, I knew we couldn’t reason with him, so we had to deal with him as best we could while protecting everyone. Wherever he went, myself and a doctor followed. We were both scared but tried not to show it.’

Finally, after nearly an hour of terror, Sophie managed to manoeuvre the man into a corridor between the adult and children’s A&E departments, then locked the doors. He was contained until the police came 30 minutes later.

‘Two officers arrived but could not control him. A further eight turned up and only then did they manage to handcuff him. We then sedated him and dressed his wound,’ explains Sophie. 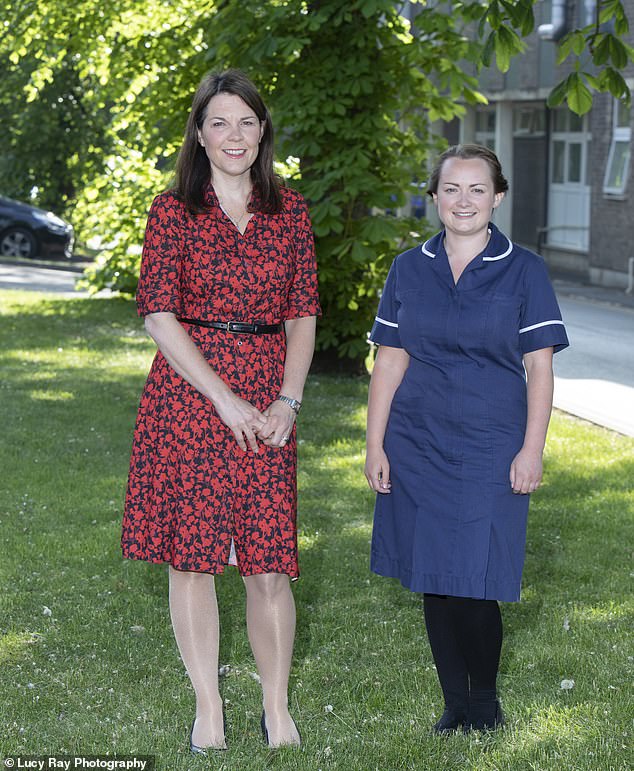 Sophie recalls eight officers being needed to handcuff the man, before he was transferred to another hospital. Pictured: Dr Sarah Robertshaw and Sophie

After that he was transferred to another hospital where he was kept in overnight.

Meanwhile, Sophie went back to her shift, staying several hours after her 12-hour stint had ended to ensure all of her team were OK. She cared for their wellbeing before her own.

‘We had a debrief and made ourselves available to talk to the staff,’ she says. ‘I made cups of tea and, as it was a colleague’s birthday, we all had a piece of cake.’ Working with Sophie that night was senior health care assistant Gilly Seale, 52, who has been with the A&E department for 16 years. As she recalls: ‘The man’s strength was incredible — he pulled out a row of five steel-frame linked chairs and hurled them at the police.

‘It was frightening night. But Sophie stayed calm and made calls for help on her phone while checking on us and keeping tabs on the addict. She didn’t panic, so neither did we.’

It was a David and Goliath battle, adds Dr Sarah Robertshaw, head of Clinical Service for Emergency Medicine at Mid Yorkshire Hospitals NHS Trust, who has nominated Sophie for the Daily Mail Health Hero Awards. 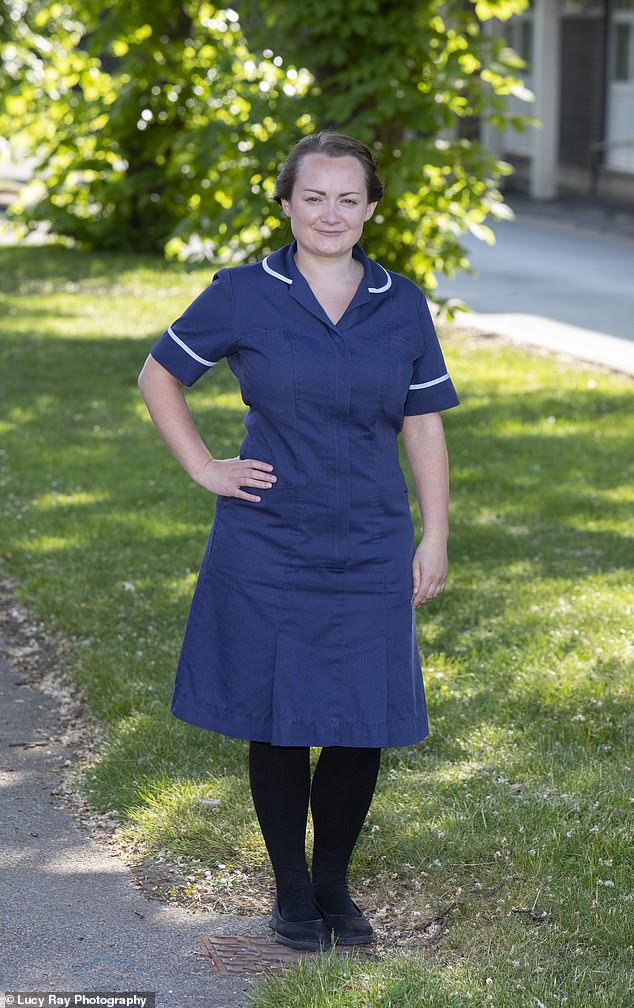 Dr Sarah Robertshaw said Sophie (pictured) showed bravery as a leader and if she had not led from the front with calmness, the outcome may have been different

‘Sophie showed bravery as a leader at a terrifying time,’ she says. And, in spite of his violence, she continued with a duty of care to him until the security arrived.

‘Had Sophie not led from the front with such calmness and quick thinking, the outcome might have been very different.’

Gilly adds: ‘Sophie is amazing and will do anything for anyone. On top of her duties, she also designed and runs a scheme teaching new staff good practice in A&E.’

Sophie says her mother inspired her to train as a nurse. ‘My mum is a school nurse. I grew up seeing her help people and always felt proud. I’ve wanted to be a nurse for as long as I can remember.’ Sophie started on the wards aged 21 and, after only six years, was promoted to Sister.

She says: ‘I love my job, and A&E nursing especially. I have never experienced anything like that night. But I’m proud to say every one of us who worked then turned up for work the next day. That is the NHS staff at their best.’ 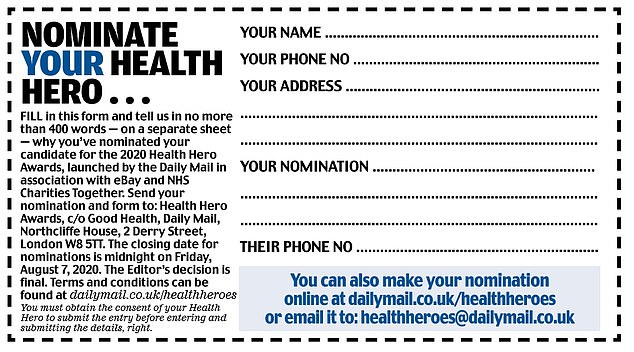