The 74-year-old, who charmed audiences as Vince in the Eighties hit TV series Just Good Friends, has also been a pop star and the leading man in the original productions of Hair and Jesus Christ Superstar. He lives in North London with his second wife, Linzi.

My father, Oscar Beuselinck, was a famous, flamboyant, larger-than-life lawyer who had the satirical magazine Private Eye as one of his many clients. He was tenacious with oodles of charm, particularly when it came to the opposite sex.

I’m not particularly theatrical despite my chosen career, but I think I’ve probably inherited his tenacity and, I hope, some of his charm. 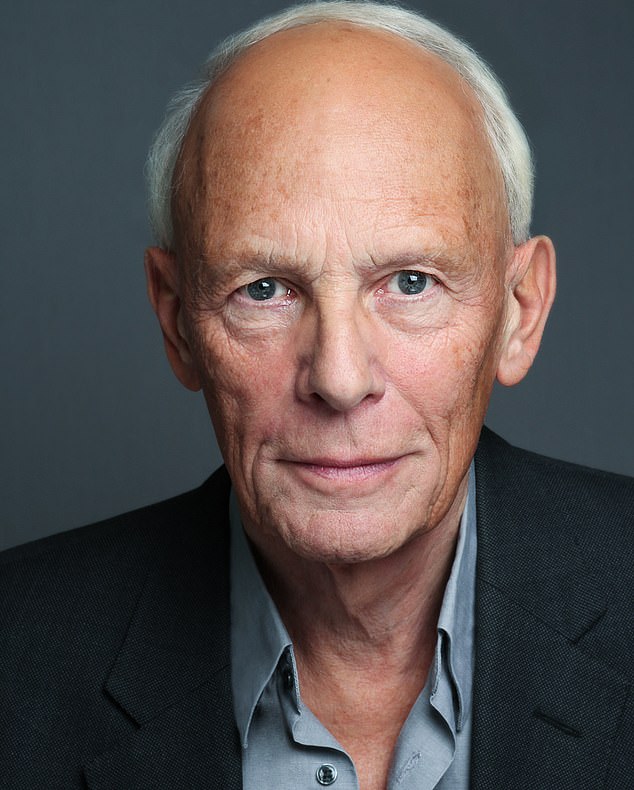 He wasn’t always the easiest man to live with and, indeed, my parents divorced when I was 12, which was a good thing all round. But he did teach me one thing I’ve never forgotten and which I’ve tried to pass on to my six children, 11 grandchildren and, now, two great-grandchildren. It’s a very simple expression, but he always used to say: ‘Courtesy costs nothing.’

It comes down to respecting the other person’s point of view. For instance, unless you can’t avoid it, don’t be late if you’re meeting someone. That’s bad manners. It assumes your time is more important than theirs.

I was much too liberal with my kids, but I do believe children learn by example; they’re like little sponges. So, if a car has stopped for you at a zebra crossing, it costs nothing to say thank you with a wave of the hand.

I know children get bored in restaurants, but I don’t approve of parents who allow their kids to run around while other people are eating. If a child is throwing a tantrum, take them outside. That’s no more than showing consideration to the other diners.

Courtesy should be second nature to you — it’s something a child will absorb and, you hope, repeat as they progress into adulthood. It becomes habitual.

If you’re nice to people, chances are they’ll be nice back to you. In other words, do as you would be done by.