TV presenter Charlie Webster has shared an emotional message on Instagram to mark her return to healthy, three years after she was placed on life support and given 24 hours to live.

Charlie, 36, contracted a rare form of malaria while in Rio for the 2016 Olympics, after taking part in a 3,000-mile charity cycle ride to the Brazilian city.

The former Sky Sports star was placed into a medically-induced coma, and has now marked the anniversary of her first day on life support with an emotional post on Instagram.

She hinted at her struggles to recover from the disease, but implored followers to stay positive, saying: ‘I know how hard it is to keep going sometimes…Never lose hope, ALWAYS keep fighting!’ 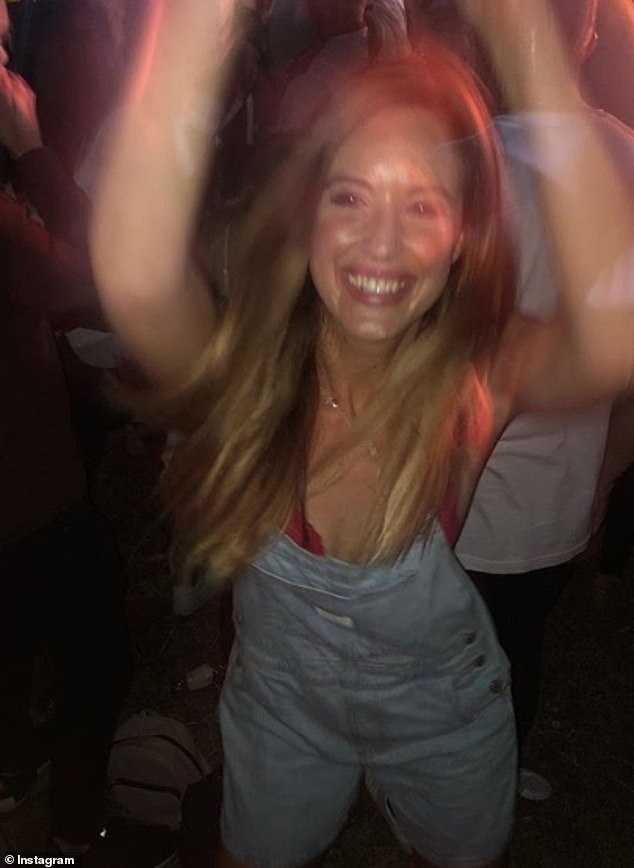 Charlie Webster, 36, shared several pictures of her dancing as she marked three years since she was placed in a coma after contracting malaria 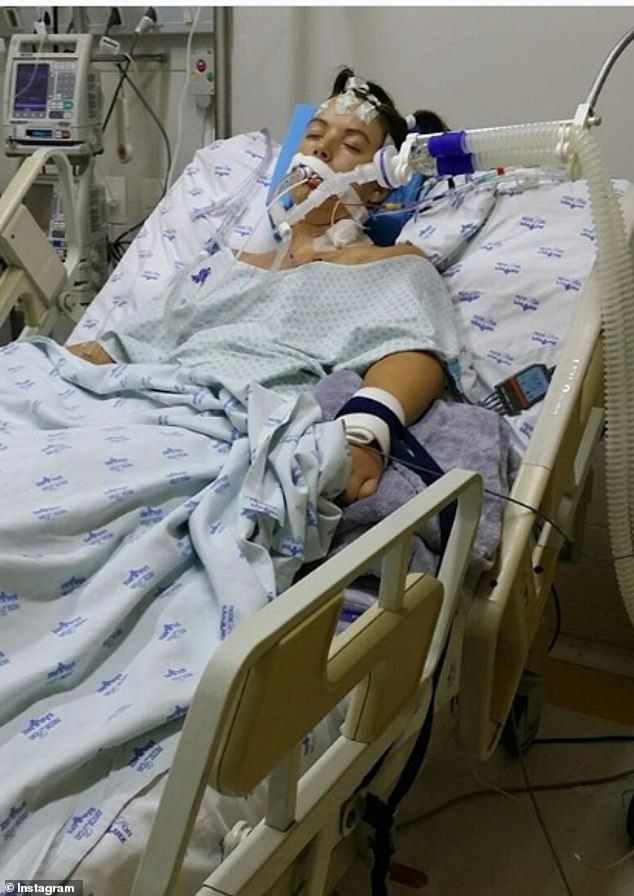 Charlie posted the pictures alongside an emotional caption, writing that she’d been given ‘no hope’ of living

Sharing the pictures of her laughing, she wrote: ‘One of my favourite things is dancing!’

She continued: ‘Three years ago today was my first day on life support in a coma. I was given no hope of living, docs thought I was brain damaged.

‘I was terrified. I’d been told I was dying before I went in the coma. This is what I did three years on!’

She added: ‘Never lose hope, ALWAYS keep fighting! I posted the pic of me in a coma to show how far you can come. 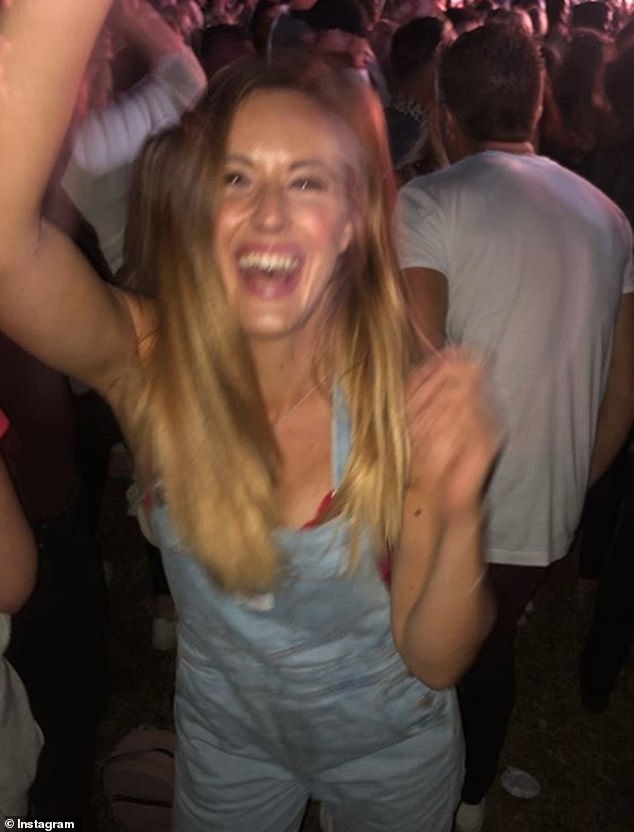 Charlie shared the pictures of her dancing, writing that she’d been to some ‘very low places’ but implored her followers not to give up

‘I have been to some very low places, I know how hard it is to keep going sometimes. Keep believing and please don’t give up.’

Charlie originally believed she was suffering from dehydration when she began vomiting at the opening ceremony at the Olympics, but doctors were left baffled by her condition when she didn’t respond to treatment.

She was suffering from a condition called hemolytic uremic syndrome (HUS), a rare complication of bacterial infection, along with malaria. 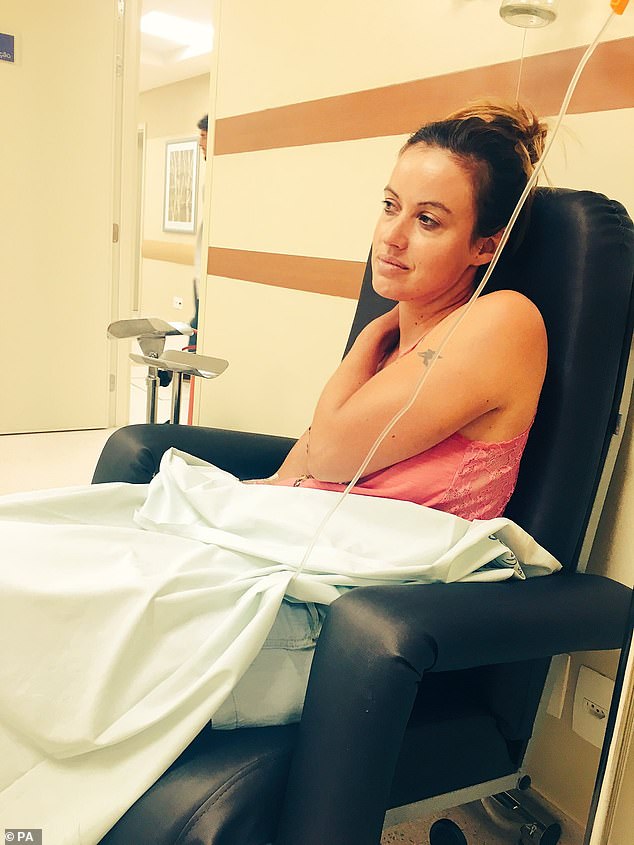 Charlie called her experience in hospital terrifying, and went on to implore her followers to ‘never give up’ (pictured in hospital in 2016)

As her organs began to fail she was put into a medically induced coma.

Her recovery has astounded experts, after doctors originally told her mother she would be brain-damaged if she recovered from being in a coma.

But it has not come easily, with the presenter telling Sunday Mirror earlier this year that she had to learn hand-eye coordination again from scratch.

She also said she had suffered from panic attacks and post-traumatic stress syndrome when she moved back to her London flat from her family. 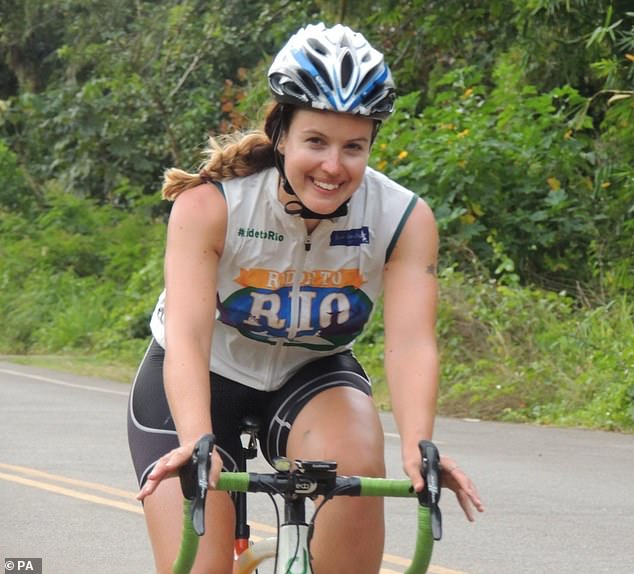 Fit and healthy, doctors believed Charlie may have had exhaustion after cycling 3000 miles to Rio for the 2016 Olympics (pictured) 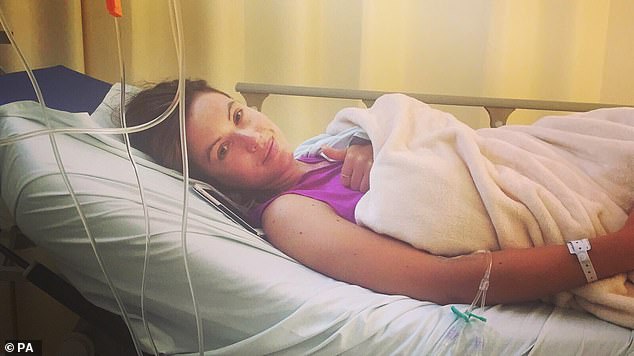 Charlie hinted at her struggles to recover from the disease in her emotional Instagram post, saying: ‘I have been to some very low places, I know how hard it is to keep going sometimes.'(pictured in 2016 in hospital)

And she revealed she has had to overhaul her diet as her kidneys are ‘only half-working’, as well as attending sessions with a psychologist.

The former Sky Sports presenter took part in the London Marathon in April and called it her ‘toughest achievement yet’, saying she was determined to raise awareness for the disease which almost took her life.

Explaining that the motivation behind running the marathon Charlie revealed her brush with death had made her realise the importance of making a difference.

‘It’s made me believe in myself. And it’s why I decided to run the London Marathon again. It will, by far and away, be my toughest achievement yet,’ she said. 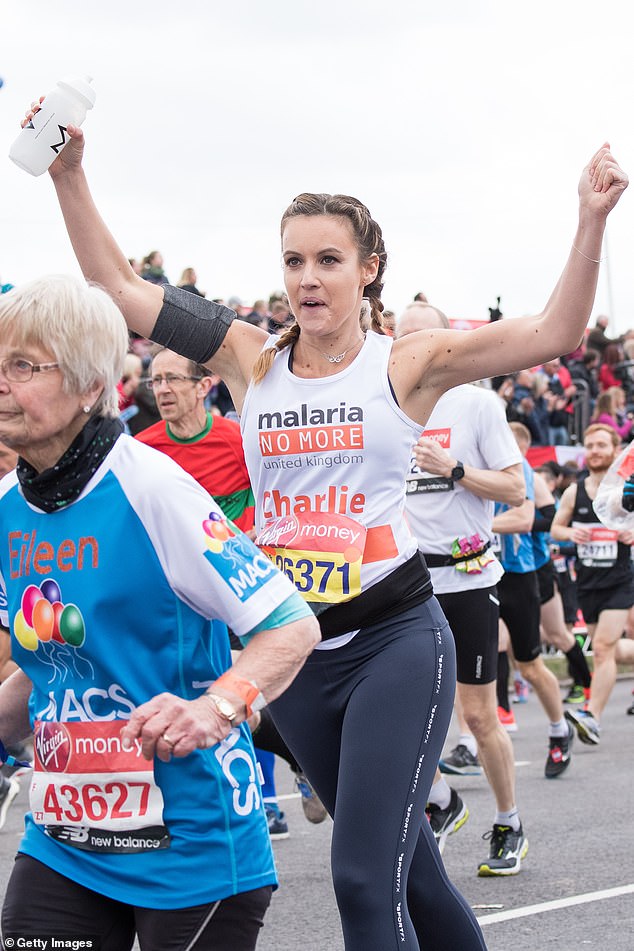 Charlie’s recovery has astounded experts, after doctors originally told her mother she would be brain-damaged if she recovered from being in a coma (Pictured in April running the London Marathon) 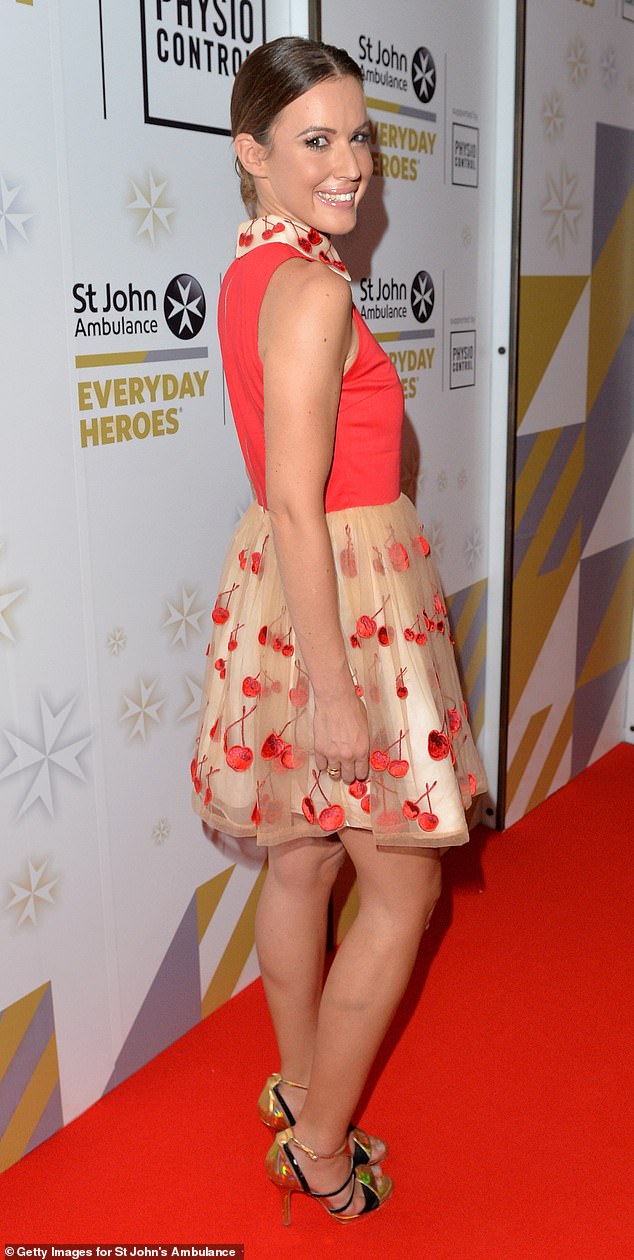 Charlie, pictured before she got ill in 2015,  has previously revealed the difficulties of recovering from the disease, saying she had to learn hand-eye coordination again from scratch