Vegan blogger Freelee the Banana Girl has hit out at meat eaters and those who consume meat, dairy and eggs – blaming the Australian bushfires on ‘barbarian’ diets.

The controversial raw vegan, 39, from Queensland, said she had an ‘urgent message’ for the people of Australia – and her message is that meat eating and Australia’s ‘flesh-fetish’ is ‘burning the country to a crisp’.

‘Australia is on fire, and meat, dairy and eggs is the fuel,’ Freelee said in a new video on her YouTube channel.

‘Every time you line up at the supermarket for meat, dairy and eggs, you’re throwing petrol on your backyard fires.’ 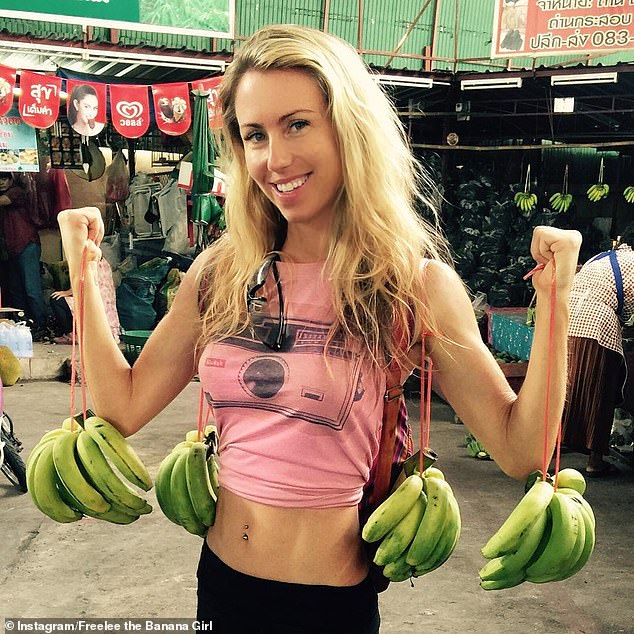 Vegan blogger Freelee the Banana Girl (pictured) has hit out at meat eaters and those who consume meat, dairy and eggs – blaming the bushfires on ‘barbarian’ diets 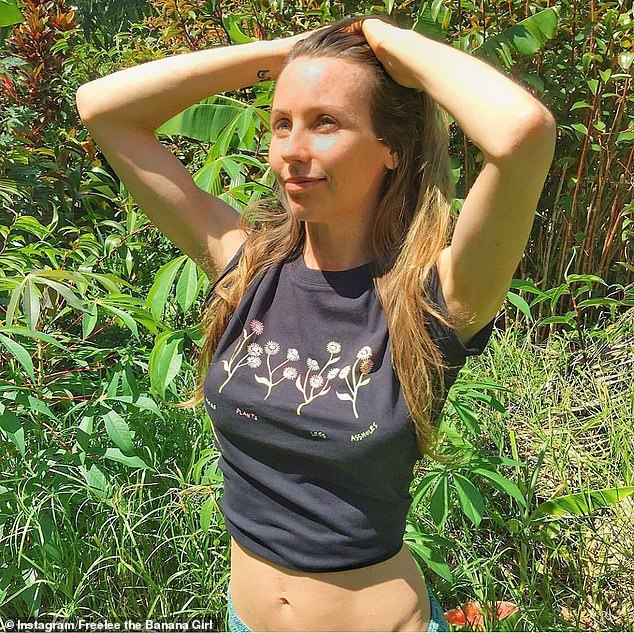 The controversial raw vegan, 39, said she had an ‘urgent message’ for the people of Australia – and her message is that meat eating is one of the biggest parts of the bushfire problem

Freelee – who follows a ‘raw till 4’ diet that sees her only eat raw food until 4pm – said she was once a ‘meat-eating hypocrite’ too.

But 13 years ago, she made the switch to veganism and hasn’t looked back after it cleared up a host of digestive issues.

The 39-year-old highlighted that animal agriculture is the ‘number one cause of deforestation and global warming and subsequently the bushfires’.

‘And scientists have already proven that global warming is a huge contributor to the Aussie fires,’ she said. 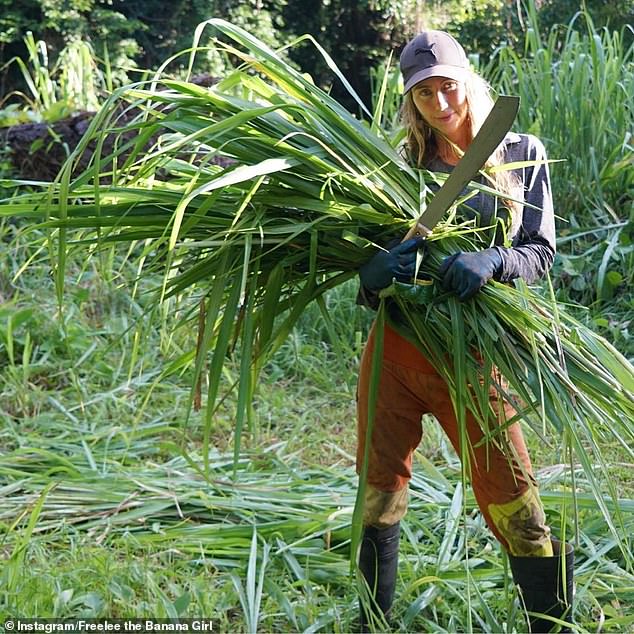 The blogger (pictured) explained that if people truly cared about climate change, then they would ‘change their diets’

The blogger explained that if people truly cared about climate change, then they would ‘change their diets’.

‘All you have to do is shop in a different section of the supermarkets… buy the nut milks, the plant-based burgers or load up on pasta, potatoes, bananas and beans,’ she said.

‘The United Nations is telling us meat consumption must decrease by as much as 90 per cent for most of us to avoid the catastrophic effects of climate change.

‘We are heading for doom because you still want to eat like a barbarian.’ 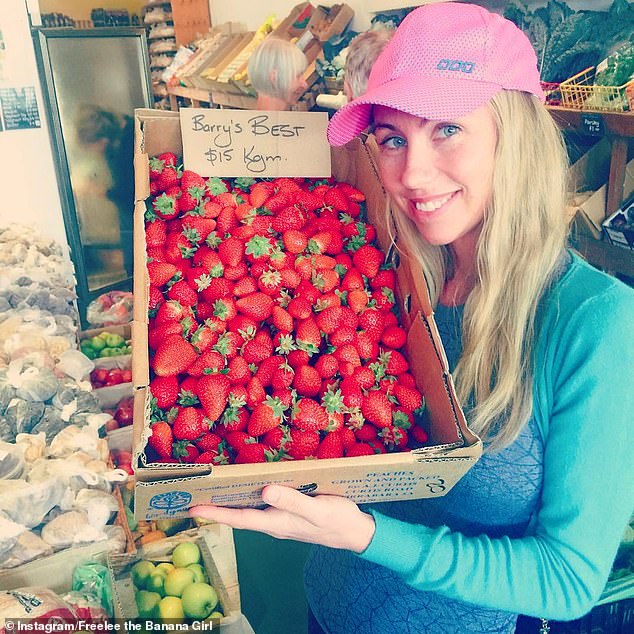 Freelee (pictured) cited the UN, which said ;meat consumption must decrease by as much as 90 per cent for most of us to avoid the catastrophic effects of climate change’

Freelee said she has been ‘heartbroken’ watching the news in recent months as the bushfires ravage the country, killing humans and an estimated one billion animals.

But she said her heartbreak often quickly turns to ‘frustration’.

‘I can’t help it. The hypocrisy is too real,’ she said.

‘It’s been so heartwarming to see locals rescuing animals… I feel so proud to see this level of care for non-human animals.

‘But the fact that there’s these people who are saving all these animals who then go home to eat other animals.’

She said she has no problem and a ‘tonne of respect’ for the firefighters, but it’s just that our entire approach to eating as a globe needs to change. 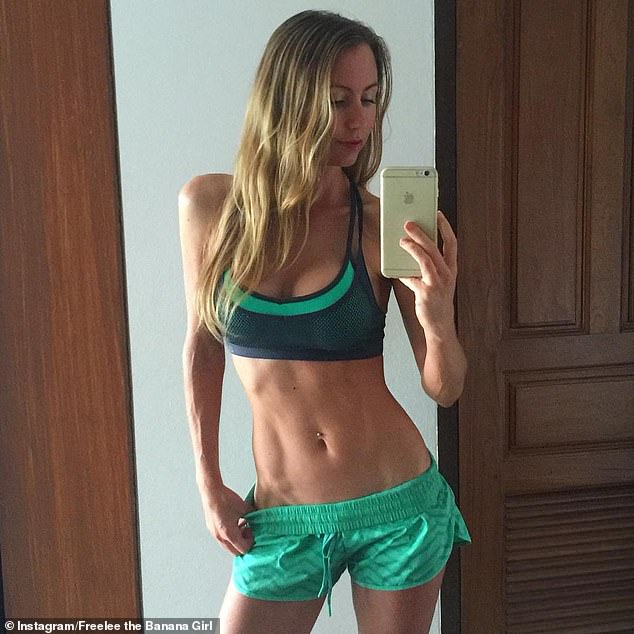 Freelee (pictured) became a vegan 13 years ago, and said she has cleared up a number of digestive issues

By going plant-based, Freelee said she has feels much better – both personally and about the planet.

‘Global warming is one of the greatest threats to our future as a species… and Australia is exceptionally vulnerable.

‘One thing is sure, and that is that more extreme fire weather days are coming.

‘An arsonist might light the fire, but your diet keeps them going.’ 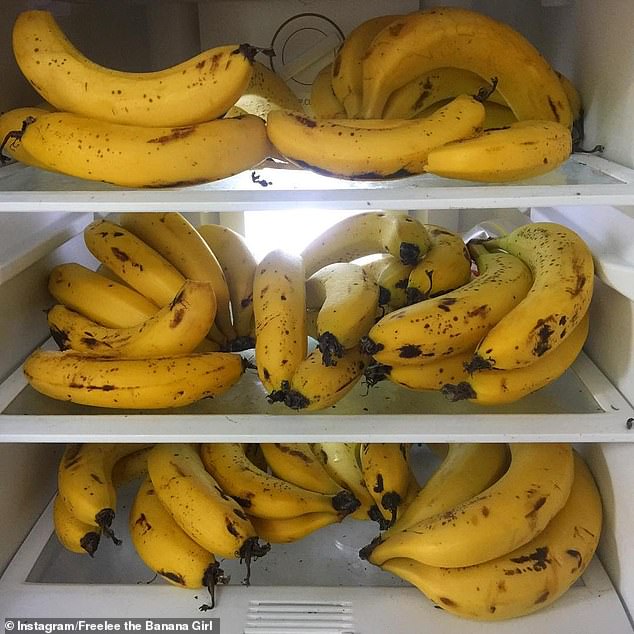 Freelee – whose real name is Leanne Ratcliffe – discovered raw veganism in 2001 and often tells her legion of fans that it saved her life.

‘This lifestyle saved my life and now I’m so grateful to help do the same for girls around the world,’ she wrote on Instagram at the time.

Freelee remains ‘raw until four’ – meaning she eats no cooked or heated food whatsoever until 4pm – and blends up to 20 bananas daily into smoothies.