Victoria Beckham has confessed she finds it a ‘little bit scary’ that people are ‘watching everything’ her four children do on social media.

Speaking to Tania Bryer at London Fashion Week, Victoria revealed she ‘really enjoys social media’ because she can use it to both ‘have fun’ and engage with her 27.8million Instagram followers.

But the mother-of-four admitted that although she doesn’t shield her children from the internet, it can leave them open to criticism.

‘They don’t know, they’re children, but people are watching everything that they do. 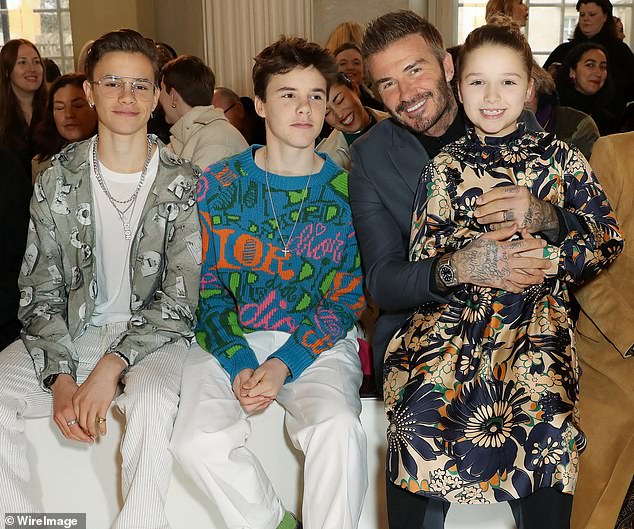 Victoria Beckham has confessed she finds it a ‘little bit scary’ that people are ‘watching everything’ her four children do on social media (Pictured: David Beckham with Romeo, 17, Cruz, 14, and Harper, eight)

‘I think that can be a little bit scary. But it’s something relatively new for so many of us, so we’re all still learning.’

Victoria added that she and husband David, 44, try not to focus on any negativity they come across but instead try to be ‘very positive’.

‘I really enjoy social media. Again, I think we all have a responsibility,’ Victoria, 45, added. ‘I love to use it to have fun, but I can also use it to really engage with my community, which is really, really important – especially with beauty.’

Victoria, who runs her own fashion and beauty lines, recently unveiled an Instagram filter which told users which version of the singer-turned designer they are.

Speaking of the venture, she said: ‘Someone in my team said “This is what everybody’s doing and this would be really fun.” 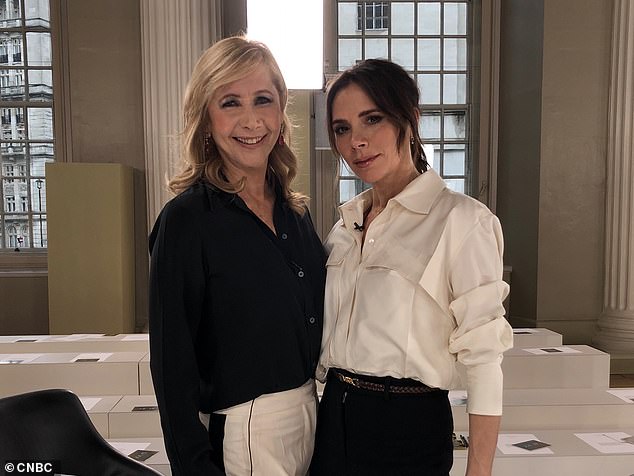 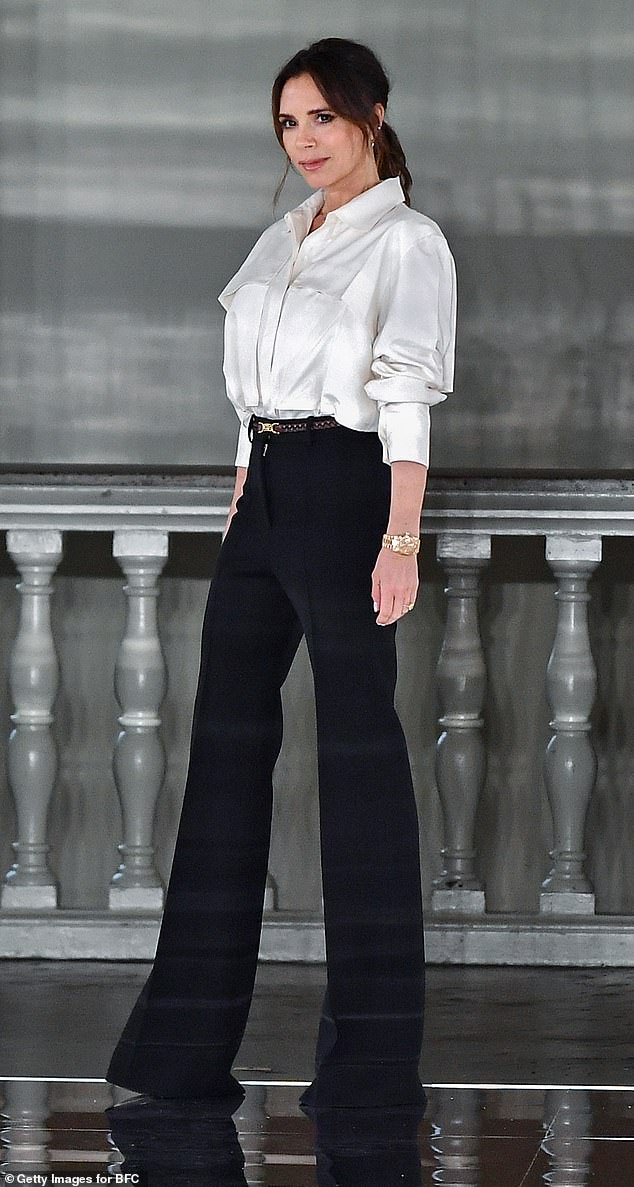 Victoria added that she and husband David, 44, try not to focus on any negativity they may come across but instead try to be ‘very positive’

‘I take my job very seriously, but I do like to have fun and I think that you see that on social media.

‘You even see that in the collections you know with what I do with the fun colour or the fun conversational prints, whatever it might be.’

Victoria went on to confess it’s always ‘really important’ to have her family cheering her on at work, after her husband David and children Harper, eight, Romeo, 17, and Cruz, 14, were spotted on the front row of London Fashion Week on Sunday.

Her eldest son Brooklyn, 20, didn’t attend the haute couture event because he was busy working at the time.

‘They are so supportive,’ she said. ‘They’ve been with me this week. You know, Harper has been running around and actually her dress, we actually made that dress for her. 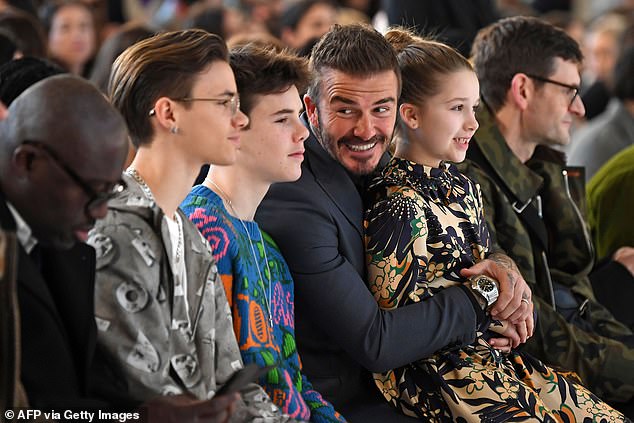 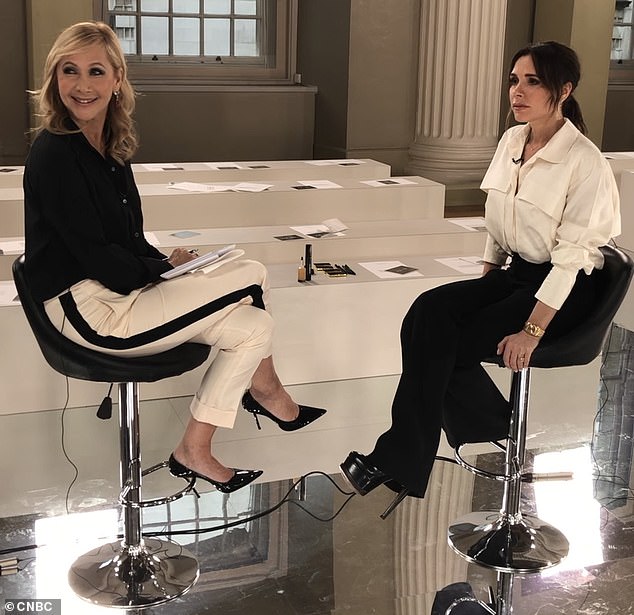 ‘This is the first time that we’ve created a little person’s dress, so she has a couture dress. It’s just great. They’re so involved, they’re there.’

She added that on Valentine’s Day her youngest, Harper, decorated her office with ‘little love hearts’ and balloons before the family got together for a Valentine’s dinner.

‘You know on Valentine’s night, they came over and Harper decorated my office with little love hearts and balloons and we had a Valentine’s dinner, which was really super sweet,’ she said.

‘And to have them here supporting me means everything. Brooklyn wasn’t here because he’s actually working. He’s shooting. He’s away at the moment. But he’s been on text wishing me lots of luck.’