A woman has revealed a handy DIY tutorial for making cheap, eco-friendly dishwasher tablets from the comfort of your own home.

In a video for Today last month, Rio de Janeiro native Anna De Souza went through the few simple tips required to make the tablets, which only require a few simple household ingredients.

And as well as being considerably better for the environment, the cost of making the dishwasher tablets is less than a third of what you might pay for a similar product at a store like Target or Walmart. 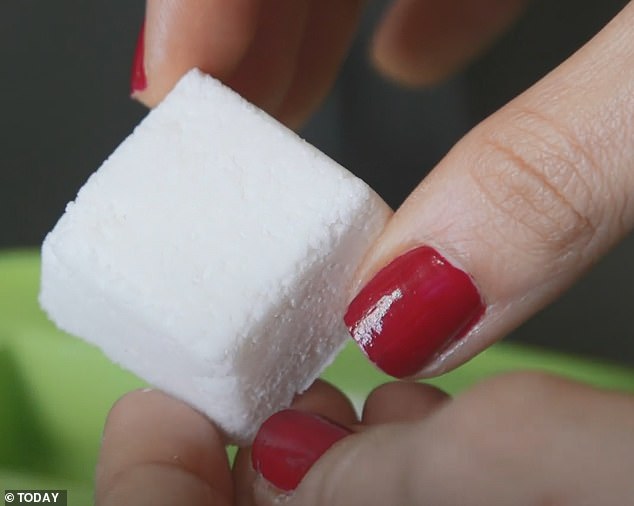 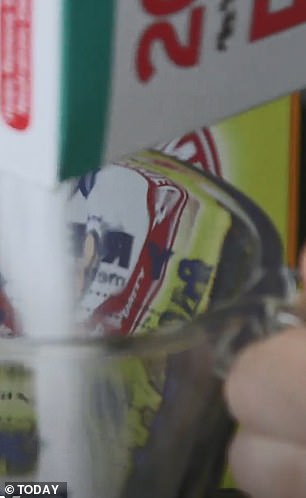 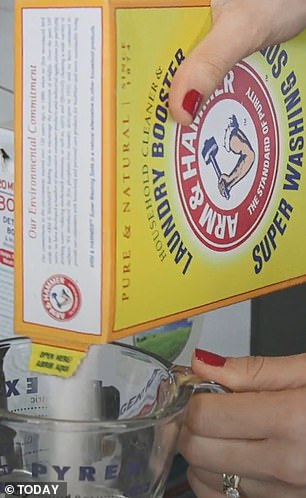 Step one: The first step for making the tablets, which require just five simple household ingredients, involved mixing a half cup of Borax with a half cup of washing soda 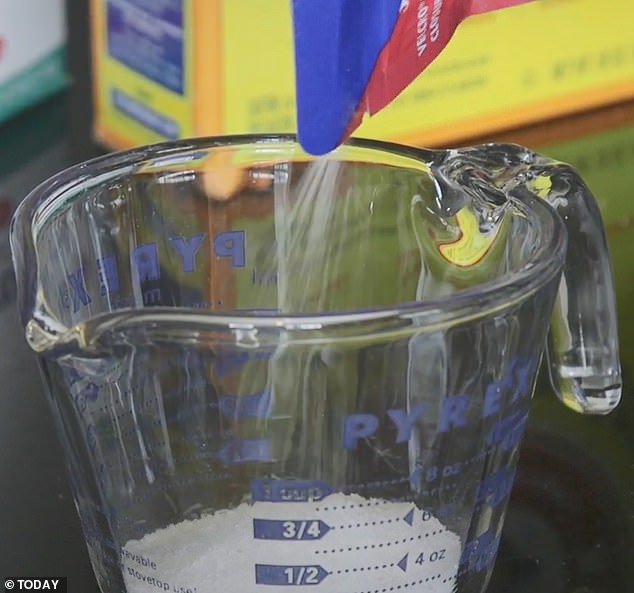 Next: Next, Anna measured out one quarter cup of Epsom salts and added it into the mixture

After measuring them out, she mixed the two together in a bowl.

Next, Anna measured out just one quarter cup of Epsom salts and added it into the mixture.

She then took her lavender essential oil – which provides the tablets with a fresh scent – and placed a few drops into the mixture.

Anna then mixed the ingredients together, while adding one quarter cup of water to the mixture and stirring it continuously.

Next, the mixture was placed into a silicone mold – similar to an ice-cube tray. After patting the mixture into the mold, Anna wiped any excess mixture back into the bowl.

This way, all of the mixture would get used up and nothing was left to go to waste. 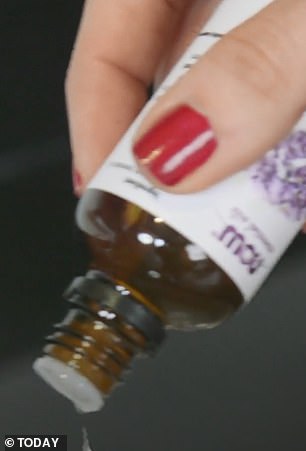 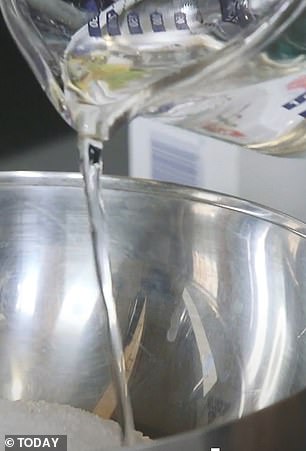 Progress: She then a few drops of lavender essential oil, which provide the tablets with a fresh scent, before adding some water to bind the mixture 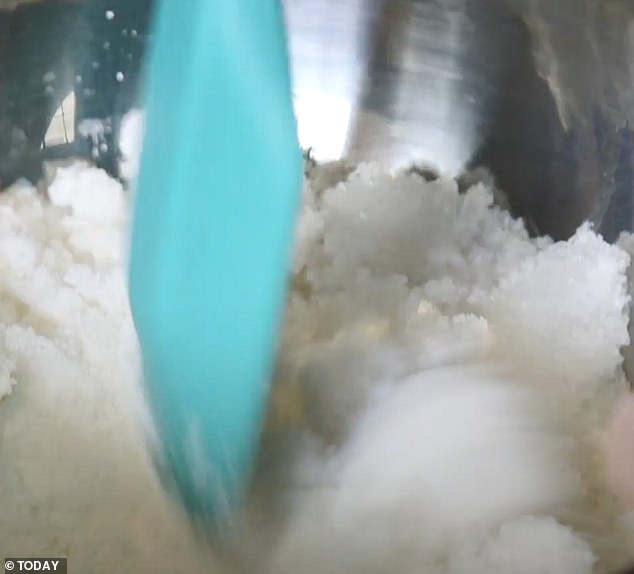 Mix! Anna then mixed all the ingredients together in a bowl 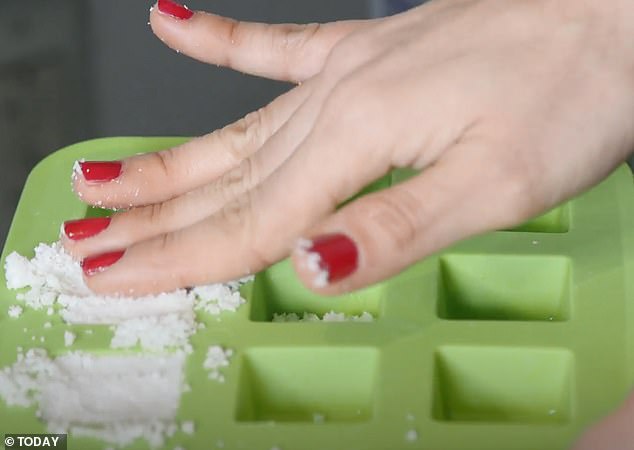 Finishing touches: The DIY tutorial then saw Anna placing the mixture into a silicone mold tray, and brushing off any excess mixture back into the bowl

When it has been packed neatly into the mold, the mixture is left to dry for approximately three to four hours.

Once it set, the tablets were removed from the mold. 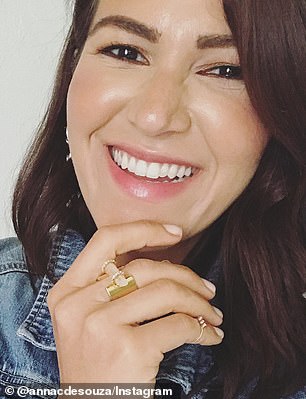 Creative! The tutorial was demonstrated by Anna De Souza (pictured), from Rio de Janeiro, for Today

Anna said she chooses to store her homemade dishwasher tablets in a glass jar, and that she enjoys the scent of lavender around her kitchen.

The tablets are an eco-friendly alternative to regular tablets, as they require no plastic packaging.

Similarly, they are a cheap alternative.

For example, a box of 85 Finish Powerball dishwasher tablets costs $13.49 at Target, meaning that each individual tablet costs a total of 15 cents.

However the homemade tablets cost less than a third of that, coming in at under five cents per piece.

And Anna’s go-to method isn’t the only one available for those who wish to make their own dishwasher tablets at home.

Another method explained on Pinterest demonstrates a DIY method that doesn’t include using Borax.

Instead, the method requires the use of a number of essential oils, as well as a mild liquid soap, citric acid and kosher salt.