A woman who has been asked to donate branded vegan products to her local food bank, has sparked a heated debate about the compromises those in need should make when using the service.

Posting anonymously on British forum Mumsnet, the woman explained she received an email from her local food bank requesting Oatly oat milk and various nuts and seeds to support a vegan family.

She said the request infuriated her because their needs could be met by opting for lower-priced own brand foods and ‘occasionally making an exception to eat tinned fish’.

Responses to the post were torn, as some argued those who use the service should be given the opportunity to make choices about what they eat. Others said the family should compromise their preferences while they’re relying on donations. 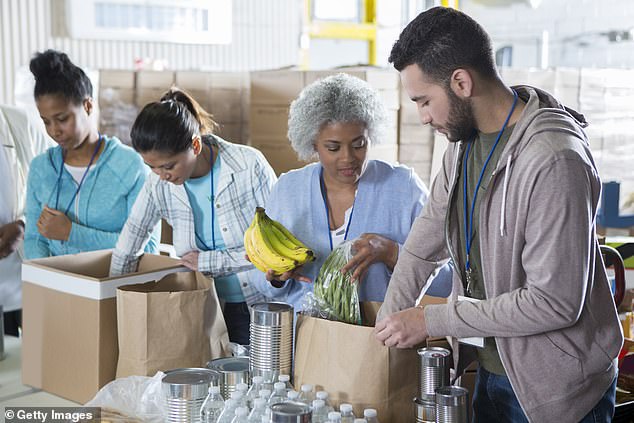 Venting her fury, the woman wrote: ‘I’m a supporter of our local food bank and I’m on their mailing list. I received an email earlier to say that they are supporting a vegan family and therefore asking for specific food donations, including Oatly oat milk, various nuts and needs, specific types of beans etc.’

She said that aside from having special dietary requirements due to allergies, she couldn’t help thinking that those using the service might need to compromise.

‘For a start, Oatly Barista is lovely and all that, but Aldi or Asda oat milk is also ok and half the price,’ she said. ‘And the odd bit of tinned fish may be easier to access from a food bank than Brazil nuts and chia seeds.’

A stream of responses blasted the woman for her admission and said those in need should be able to make choices about the foods they consume.

One person wrote: ‘What you’re saying is in a country where many working people visit food banks they shouldn’t have the dignity of choice and their morals. ‘

Another said: ‘It is nasty to expect that a vegan should be grateful to be given food which compromise their deeply held belief. Would you expect a Jewish or Muslim family to be grateful for bacon?’

A fellow commenter added: ‘Poor people are allowed to make choices too. Catch a grip of yourself.’

Others agreed with the woman and said they would be annoyed if food bank users made requests for expensive items.

‘A lot of people who donate aren’t exactly living it up themselves (well not in my area). So asking for higher end goods that people wouldn’t buy for themselves is quite galling,’ wrote one.

Another said: ‘YANBU about the request for specific expensive items. Asking for Oatly oat milk is taking the p***. They should just ask for oat milk. Veggies, beans etc can feed a vegan family without the need for expensive add ons. I’d say the same for a meat eating family asking for branded heck sausages rather than any old banger.’

A third added: ‘I get what you mean about brands. I’m not a vegan but if I had to go to a food bank I wouldn’t insist on brands that I prefer and would accept own brands and a general compromise, particularly if I had other mouths to feed.’