A young woman from Utah had suffered through her boyfriend’s fake proposals too many times when he dropped to one knee at Disney World — so she playfully smacked him upside the head.

But much to Gracie O’Neill’s chagrin, this time, her boyfriend Cade really was popping the question.

The 21-year-old from West Jordan has since shared a clip of the proposal — physical comedy included — on TikTok, where it has been viewed over six million times. 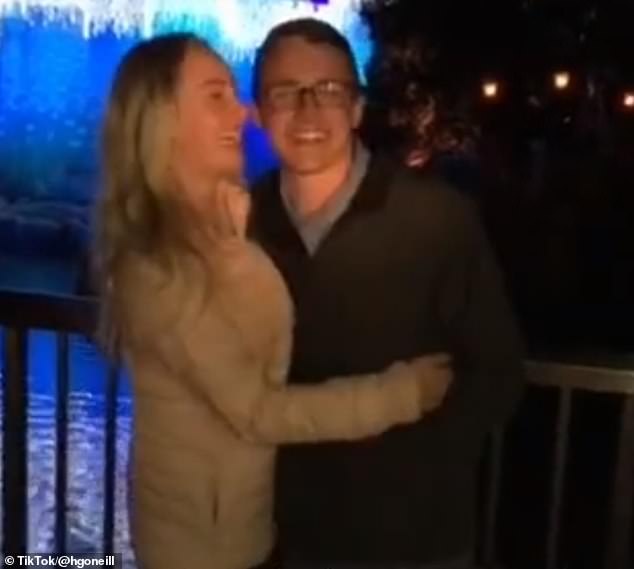 Romantic: Cade and Gracie O’Neill were at Disney World in Orlando, Florida in December 2018 when they posed for a photo in front of Cinderella’s castle 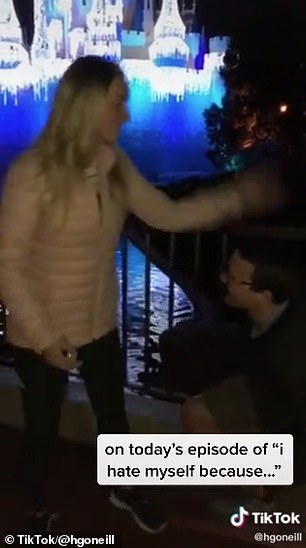 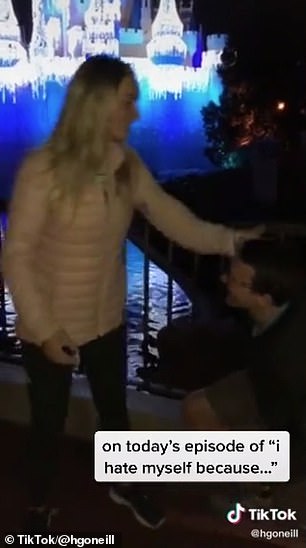 Take that! Cade then knelt down to propose, and Gracie, thinking it was a joke – which he’d done before – ‘karate chopped’ him 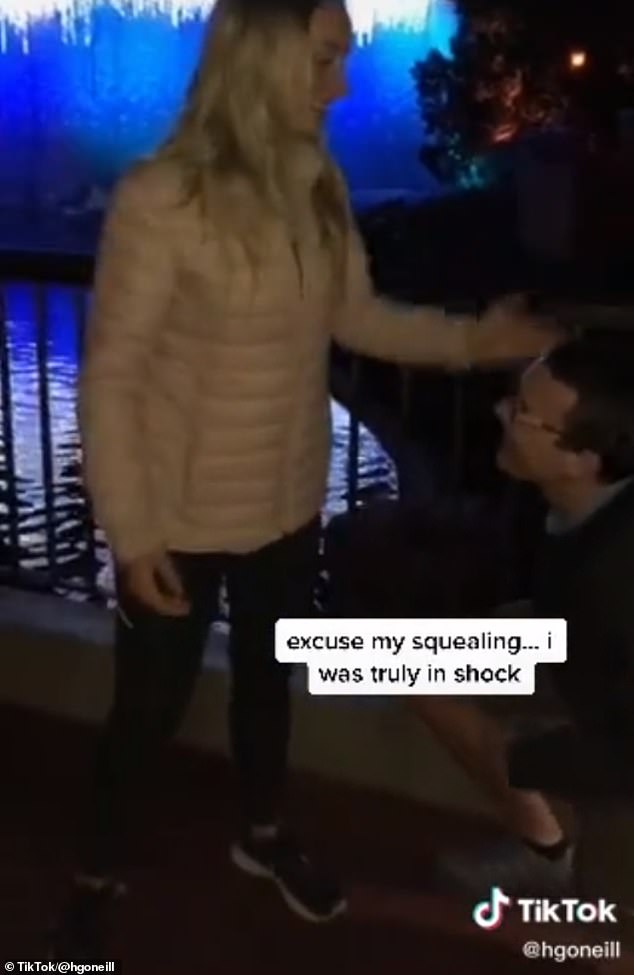 The real deal! He told her it wasn’t a joke this time and pulled out a ring, leaving Gracie in shock 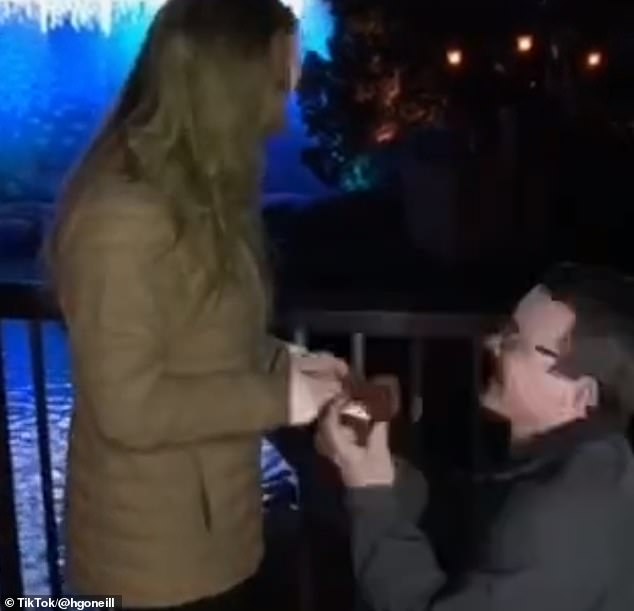 Viral: Gracie shared the video on TikTok this week, where it’s been viewed more than six million times

The funny moment took place at Walt Disney World in Orlando, Florida two years ago, on December 18, 2018, but went viral this week when Graice posted it on TikTok.

The video shows Gracie and Cade posing for a photo in front of Cinderella’s castle, smiling with their arms wrapped around one another.

When Gracie thinks the photo has been snapped and the moment is over, she moves to pull away — and Cade drops down on one knee in front of her.

Without missing a beat, Gracie ‘karate chops’ him, playful but annoyed that he seems to be pretending to propose as a joke yet again.

‘This time I’m not kidding,’ Cade tells her with a smile, pulling a ring box out of his pocket and popping it open. 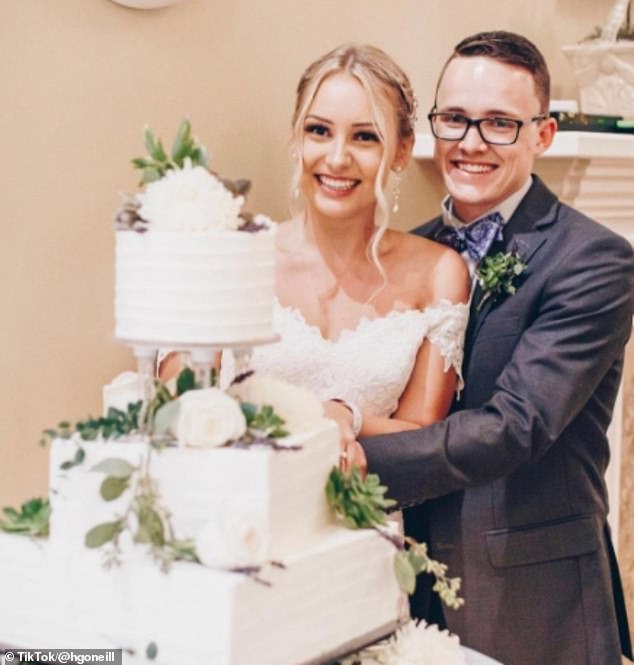 First comes smacks, them comes marriage! The two went on to tie the knot on August 8, 2019 and have started a puzzle company together 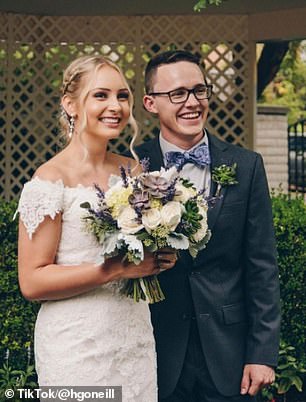 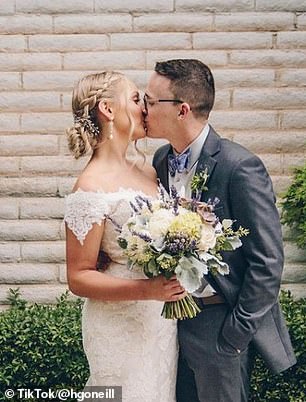 On social media, Gracie has joked that her now-husband ‘had it coming’ when she smacked him, noting: ‘In my defense I thought he was trolling me’

Clearly shocked, Gracie backs up with her hands to her mouth, exclaiming, ‘No! Oh my God!’

She continues to squeal in surprise and delight as Cade asks her officially, ‘Gracie, will you marry me?’

Eventually, she manages to squeak out a ‘yes,’ and the two went on to tie the knot on August 8, 2019 and start their own puzzle company together.

On social media, Gracie has joked that her now-husband ‘had it coming’ when she smacked him, noting: ‘In my defense I thought he was trolling me.’

She also calls the proposal the ‘happiest day of my life.’